Vienna – The Highest Quality of Living

When I came to Vienna in 2013, I thought I was used to castles, Palais and architectural beauty. I was raised in Potsdam, which has the Castle of Sansoussi and many more, as it was the residence of the Hohenzollern and has long served as the architectural playground of the royals of Prussia. Long story short, I was wrong. I had no clue about Vienna, and I do not even talk about the Castle of Schönbrunn. I just talk about the historical city center of Vienna.  To be honest, when I first arrived in Vienna I was stunned by the beauty of the City! There is an anecdote I always like to tell when people ask me why I chose Vienna as the City to live and study. 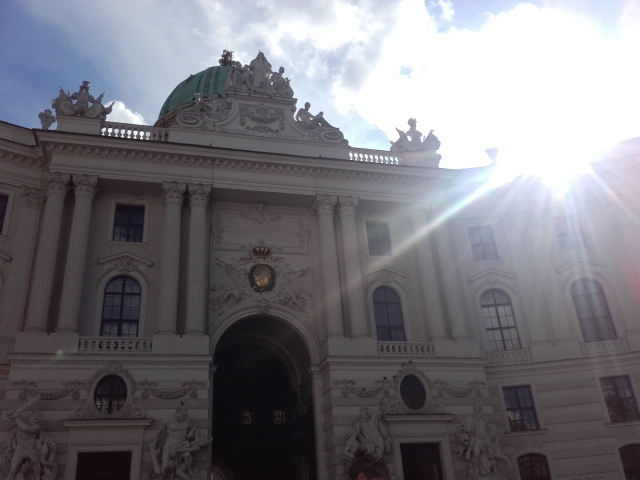 In summer 2013 I had to take the entrance test at the University of Vienna. I have never been to Austria before, except for skiing trips in the Alps, so I had quite the cold and hilly image of that neighbor country of Germany. Well maybe you can imagine how unexpected Vienna was to me. I took the test in the morning and it went good. My journey back was the next day, so I had the whole afternoon to explore the secrets of the so called “gateway to eastern Europe”.  Unfortunately or not, one of the first things I encountered was the inner-cities park. It was absolutely beautiful. It was easily 28 degrees, the sun was shining and the sky was blue. So I decided, after that exhausting test, I am going to relax and lay down into the grass in the shadows. I felt so comfortable in the middle of the city, that I fall asleep. No joke! Next thing was somebody waking me up with a smile. “Do you want a coffee, sir?” Absolutely, I said! I slept for almost an hour and was woken up by a guy with a mobile espresso-bar. That was probably the point where I chose to study in Vienna. F.y.i. I took a “Wiener Melange” – it’s a typical and delicious coffestyle. 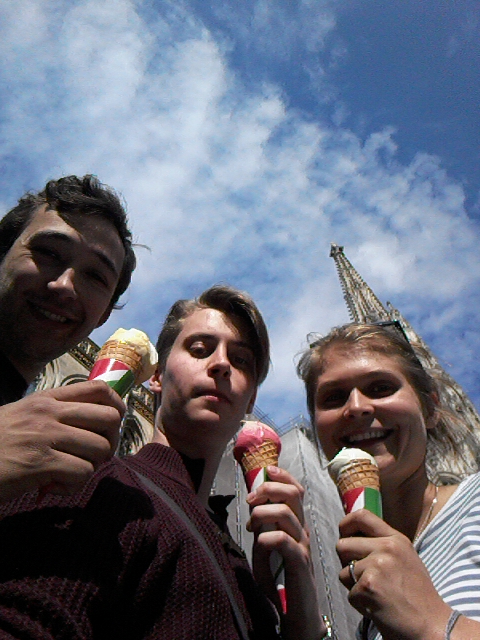 But enough of that and back to the historical City Center and my “MakeHeritageFun” tour. As I said, I thought I was used to Castles and such things, but when I came to Vienna I realized that I was wrong. In the inner-district in Vienna it is quite hard to know where one Palais or Castle starts, and the next one ends. The inner district can be described as a never ending castle. It has some similarities to Prague, but way bigger. Both of those cities share something which is not very known. It is the architectural “historism”. That means some of the buildings where build, for example in baroque-style, but are actually from the 19th century.  That happened in Vienna when a Count of Austria decided that Vienna could use some more impressive buildings. What? J In Vienna that includes the Rathaus (town hall), the museum of natural history and the museum of arts history. But still there are some really old buildings in Vienna. 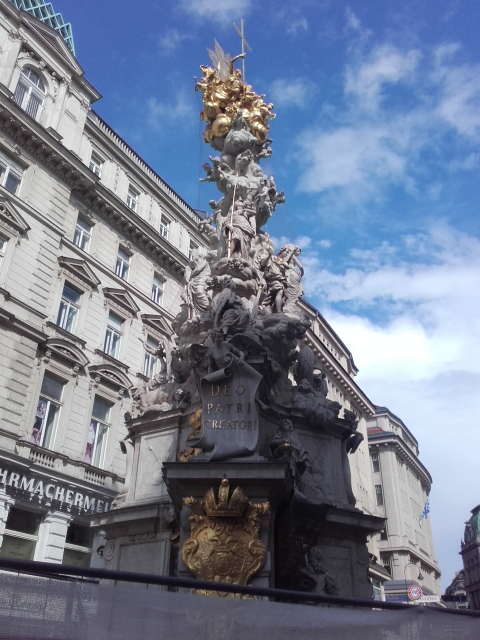 We stated the tour at the University and it was a bit rainy that day. Plus, it was Sunday so we could not enter the Uni, which was sad, because I prepared some fun facts about the patio. Never mind, the sun came out and off we went to the “Schottenkirche”. That actually is a really old building, from approximately 1200 anno domini. It was build when the Scottish monks did a lot of missionary work in central Europe. We talked a bit about inquisition, some torture and brutality, got a bit out of control so we decided to get ice cream. One famous Ice cream shop was at the church of St. Stephan. That is about the center of the center and a giant church. It has a slightly tilted over 160 meters tall bell tower and is also form approximately 1200+. It was supposed to have a second tower but that one was never finished, and while we enjoyed some really nice ice cream, I told the story about why it was never finished. It is a story about a pact with the devil! Yea I know, whatever. 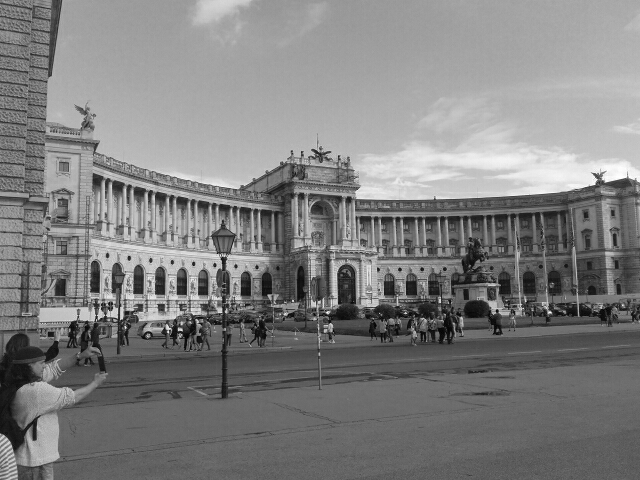 The highlight of the tour was the imperial palace, which was the winter residence of the Habsburg royal family. It is massive! (Schönbrunn by the way was the summer residence) And the best thing is, the university’s library is in there, so for 10€ a year I can visit and use the whole thing whenever I want. Standing in front of the imperial palace you have a 360° view and all you see is impressive history, protected by the UNESCO. It is always nice to be reminded where you live, but in Vienna it is quite hard to forget, I can tell you.
Yes, the historical city center of Vienna, Austria

https://www.gounesco.com/heritage/proof/highest-quality-of-living-vienna/https://s3-ap-southeast-1.amazonaws.com/gounesco.com/wp-content/uploads/2016/06/16113429/Vienna.jpghttps://s3-ap-southeast-1.amazonaws.com/gounesco.com/wp-content/uploads/2016/06/16113429/Vienna-150x150.jpg2016-06-17T20:35:47+05:30Jonathan BenirschkeUncategorizedaustria,gounesco,Habsburg,historical city center,ice cream,Jonathan Benirschke,Stephansdom,travel,university,vienna,world heritage travel,Yes
When I came to Vienna in 2013, I thought I was used to castles, Palais and architectural beauty. I was raised in Potsdam, which has the Castle of Sansoussi and many more, as it was the residence of the Hohenzollern and has long served as the architectural playground of...
Jonathan Johannes Benirschkejonathan.benirschke@outlook.comProof_userGoUNESCO | Go UNESCO
Categories: Uncategorized. Tags: austria, gounesco, Habsburg, historical city center, ice cream, Jonathan Benirschke, Stephansdom, travel, university, vienna, world heritage travel, and Yes.