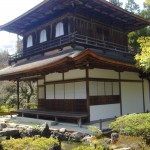 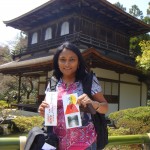 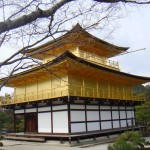 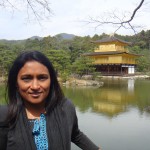 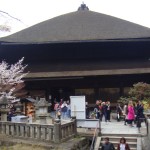 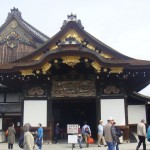 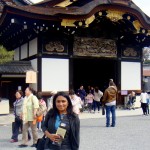 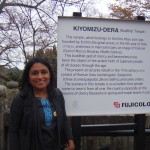 Nijo Castle:
The castle was originally built in 1603 as the official residence of the first Tokugawa shogun, leyasu. It is one of the finest examples of early Edo period and Momoyama cultures in Japan, as it makes use of early Edo period building design, lavish painting and carvings that lemitsu commissioned. Total size of 275,000sq. meters.
It was designated as an UNESCO world heritage site in 1994.
What impressed me most was the simplicity and no display of wealth compared to European palaces. All wooden floors, ceilings decorated by wooden carvings. There is absolutely no furniture. Walls decorated by Japanese paintings which are of nature, not emperors or people, very simplistic paintings of a branch of a tree, rocks and a single animal sometimes.

Kinkakuji – Golden pavilion:
Kinkakuji is a Zen temple in northern Kyoto whose top two floors are completely covered in gold leaf. Formally known as Rokuonji, the temple was the retirement villa of the shogun Ashikaga Yoshimitsu, and according to his will it became a Zen temple of the Rinzai sect after his death in 1408. Kinkakuji was the inspiration for the similarly named Ginkakuji (Silver Pavilion), built by Yoshimitsu’s grandson, Ashikaga Yoshimasa, on the other side of the city a few decades later.
Kinkakuji is an impressive structure built overlooking a large pond, and is the only building left of Yoshimitsu’s former retirement complex. It has burned down numerous times throughout its history including twice during the Onin War, a civil war that destroyed much of Kyoto; and once again more recently in 1950 when it was set on fire by a fanatic monk. The present structure was rebuilt in 1955.

Ginkakuji – Silver pavilion:
Ginkaku-ji, the ‘Temple of the Silver Pavilion,’ is a Buddhist Japanese Temple in the Higashiyama District of Kyoto, Japan. The temple’s official name is Jishō-ji . It was built in 1474 by the shogun Ashikaga Yoshimasa, who sought to emulate the Golden Pavilion Kinkakuji Temple commissioned by his grandfather Ashikaga Yoshimitsu.
The Kannon hall is the main building at the temple. It is popularly known as Ginkaku, the Silver Pavilion. The intention was to cover it in silver, but due to the increasing severity of the Onin War, which broke out several years earlier in 1467, construction was halted, and the silver covering never placed on the pavilion. The building, originally intended to be a monument to ostentation, is now taken as an example of Japanese refinement and restraint.

Kiyomizu-dera temple :
Kiyomizu-dera refers to several Buddhist temples but most commonly to Otowasan Kiyomizudera in Eastern Kyoto, and one of the best known sights of the city. The temple dates back to 798, but the present buildings were constructed in 1633. The temple takes its name from the waterfall within the complex, which runs off the nearby hills – kiyoi mizu literally means pure water.

https://www.gounesco.com/heritage/proof/kyoto-japan/https://s3-ap-southeast-1.amazonaws.com/gounesco.com/wp-content/uploads/2013/10/08144055/Ginkakuji-silver-pavillion-sp-768x1024.jpghttps://s3-ap-southeast-1.amazonaws.com/gounesco.com/wp-content/uploads/2013/10/08144055/Ginkakuji-silver-pavillion-sp-150x150.jpg2013-10-08T20:10:55+05:30Sridevi Pcastle,Ginkakuji,Golden pavilion,heritage,Kinkakuji,Kiyomizu-dera,Kyoto,nijo,sridevi,world heritage travel
Nijo Castle: The castle was originally built in 1603 as the official residence of the first Tokugawa shogun, leyasu. It is one of the finest examples of early Edo period and Momoyama cultures in Japan, as it makes use of early Edo period building design, lavish painting and carvings that...
Sridevi Psridevip10@gmail.comProof_userGoUNESCO | Go UNESCO
Tags: castle, Ginkakuji, Golden pavilion, heritage, Kinkakuji, Kiyomizu-dera, Kyoto, nijo, sridevi, and world heritage travel.

« Take life with a pinch of salt at this WHS!
Rock art in Arctic Alta »