I was not in Delhi when #makeheritagefun# challenge took place. So I decided to go by my own and complete the challenge. I’ve never been to any place alone before so I was an opportunity to explore this place in a whole new way. I was very excited and reached the place at 10:00 am. 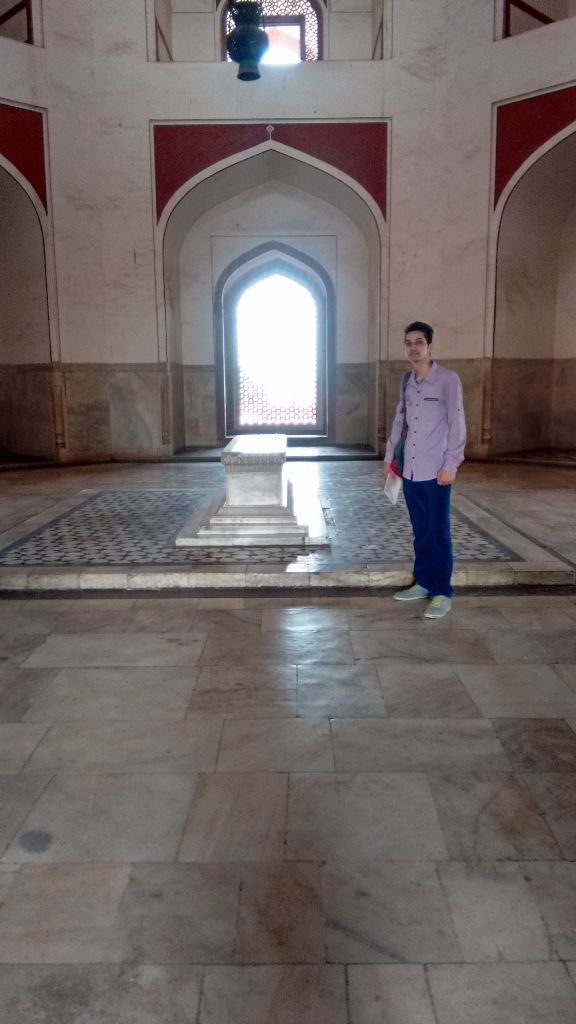 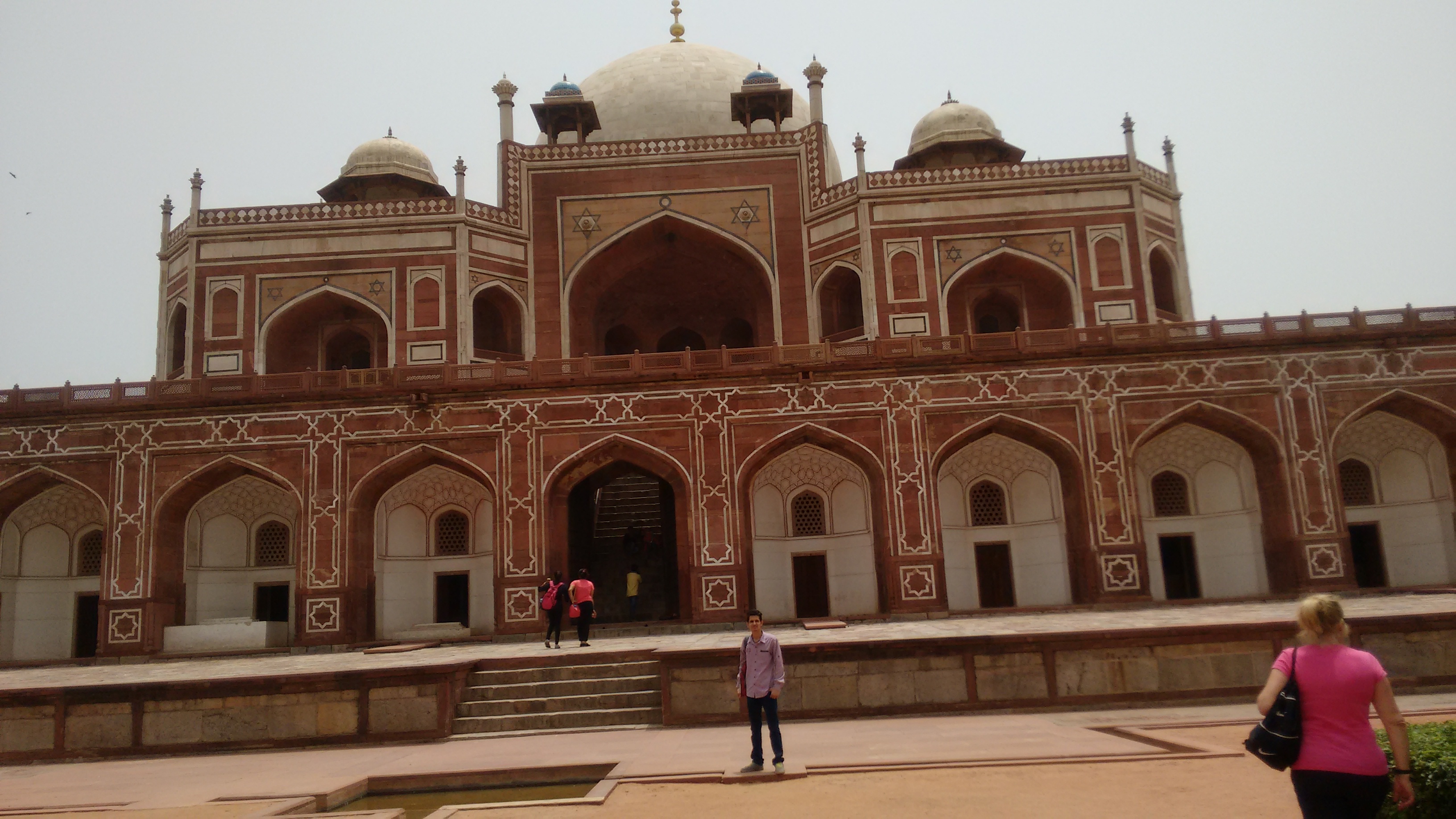 It was very hot due to which there were very few people inside the complex but it did not bring down my spirit to explore the place. After entering into the complex the first place I visited was the Isa Khan’s tomb, it was surrounded by a beautiful octagonal garden. What I came to know about Isa Khan was that he was a nobleman in the courts of Sher Shah Suri and the tomb was built within his lifetime like other Mughal rulers. Inside the tomb area I saw the beautiful art work on the ceiling and around the area and one thing which surprised me was that inside the tomb it was very cool. On the west end of the Isa khan’s tomb there was a small mosque.

After that I continue my walk and entered into the Arab Sarai gate and saw Afsarwala tomb and mosque. Afsar means ”Officer” that is how it got its name. The Afsarwala mosque lies adjacent to his tomb and it was built to represent the funerary. Around the Afsarwala tomb there is a garden where stand some date palm trees .Next I put my foot near by the Arab Sarai. This Sarai was built as a rest house for the horse vehicles. Arab sarai which means rest house for the horse’s vehicle. It was built for the craftsmen who came for the construction of the complex. It has a capacity for nearly 300 Arabs.

Now the sun was top of me but my energy was more than the heat of it but I took a rest because “ek kitkat break to banta hai”.During that break I was preparing myself for the architectural marvel for which the complex is known for. I ended my break and against started walking to the Humayun’s tomb. On the way to the tomb I saw the four square garden with pathways and two bisecting water channels giving the whole complex a picturesque view.It was built by Persian and Indian craftsmen.

Humayun tomb was constructed in the 1560-1561 period on the banks of Yamuna River.  The complex is built near to the Nizamuddin Aulia’s grave as mughals considered it is fortunate to be burying near saint like him. It was commissioned by Haji begam who was the senior wife of Humayun from Persia, in the memory of her husband. The tomb brings the amalgamation of Persian and Mughals elements. The tomb is in the center of a large garden set up in char bagh (four fold) style; with pools joined by channels. The gardens create an environment of peace and calmness.

One thing which I noticed and felt happy about was that restoration work was going on its full pace. The restoration work is carried by Aga khan trust with collaboration with the Archeological survey of India.

I ended my Heritage walk. This walk gave me a sense of Joy. But I think it would be a great if I was with the #makeheritagefun# team. I saw may good work of architecture here. Now I know the history of this complex. There are so many words previously I was not familiar with but I know the meaning of those words like Arab sarai.

May be the next time I will be with the GoUNESCO team.

The websites I used to get some of the facts are: