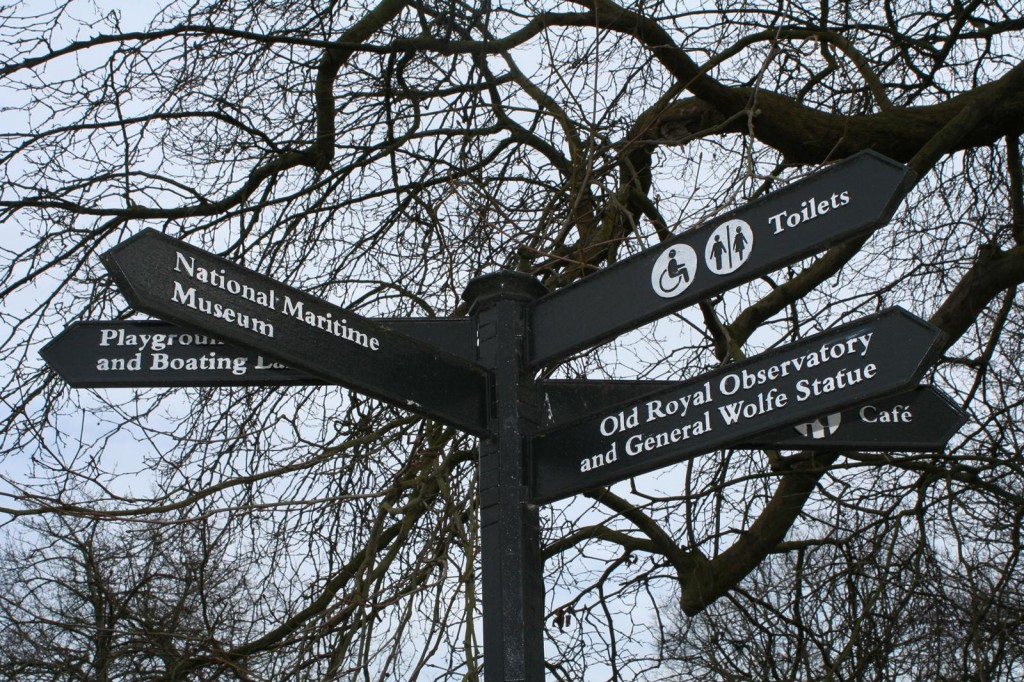 London is famous for being a patchwork of areas, with a multitude of different identities. This is particularly the case of Greenwich, a few minutes far from the City. When a visitor arrives in the first morning, he has the impression of being by the sea, maybe because of the cargo ships, maybe beacuse of children playing on the river path. Here, time has stop in an era of adventures and scientific discoveries, of artists and pioneers, for you to feel part of it. 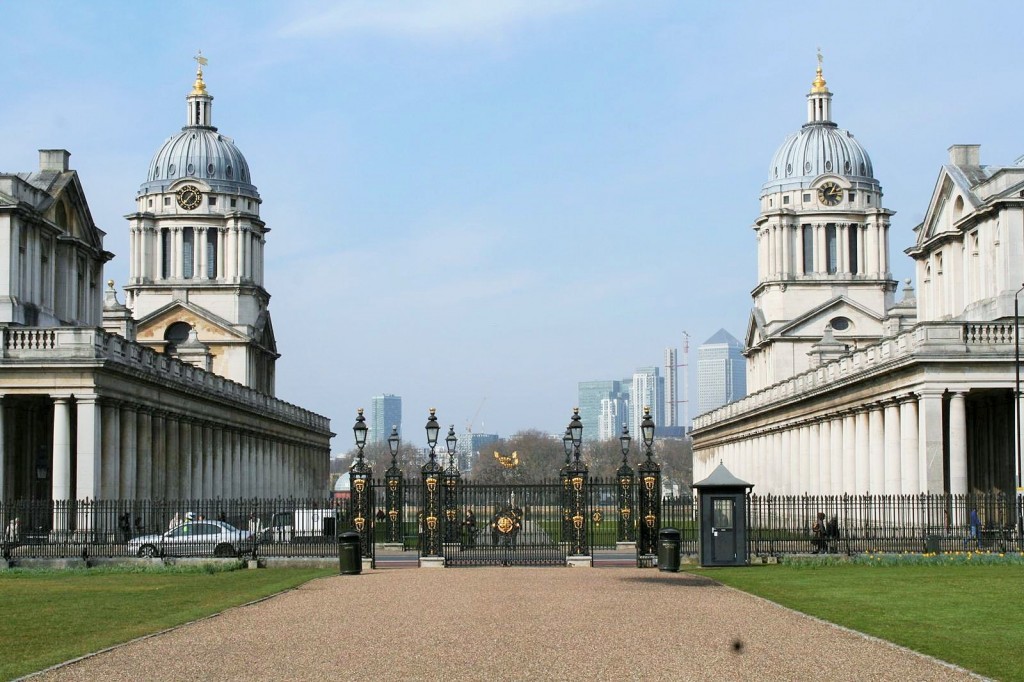 twin towers and the city 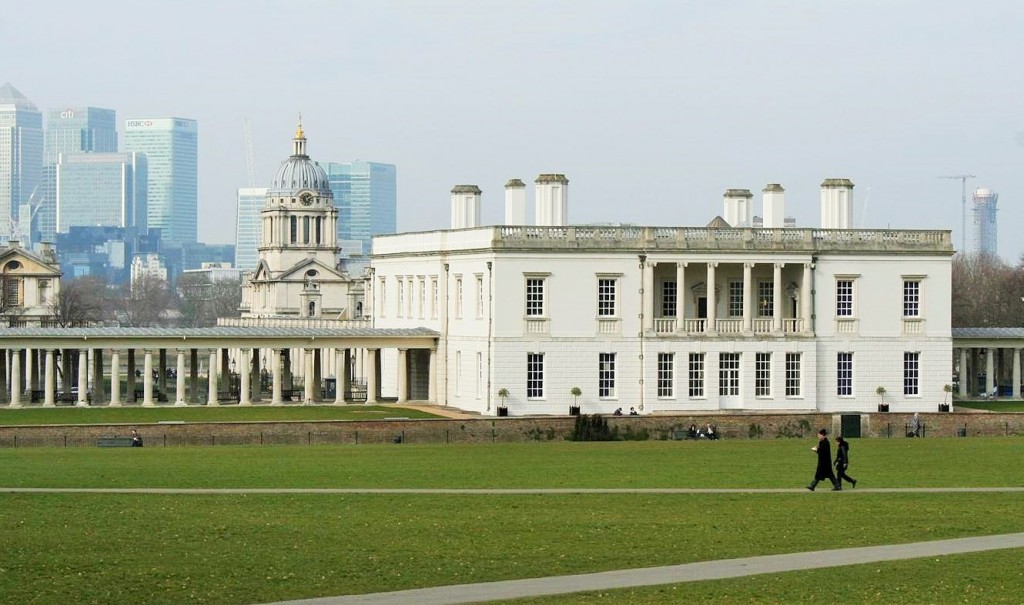 Queen’s house from the park 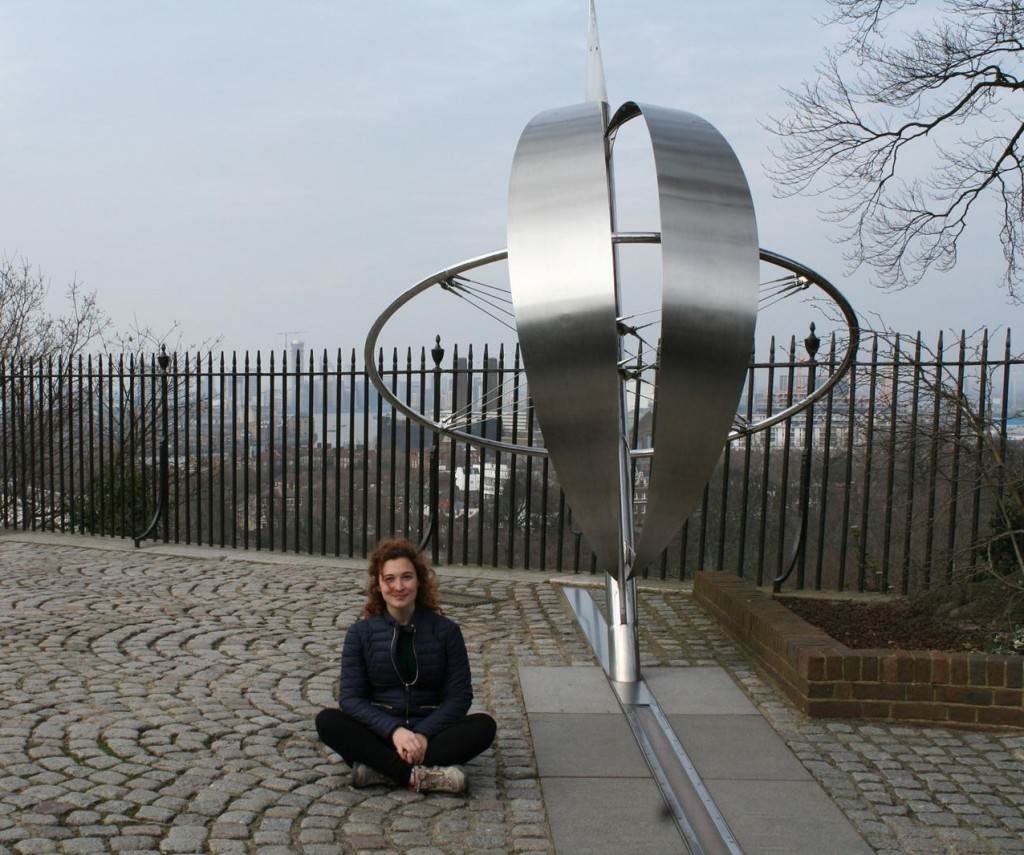 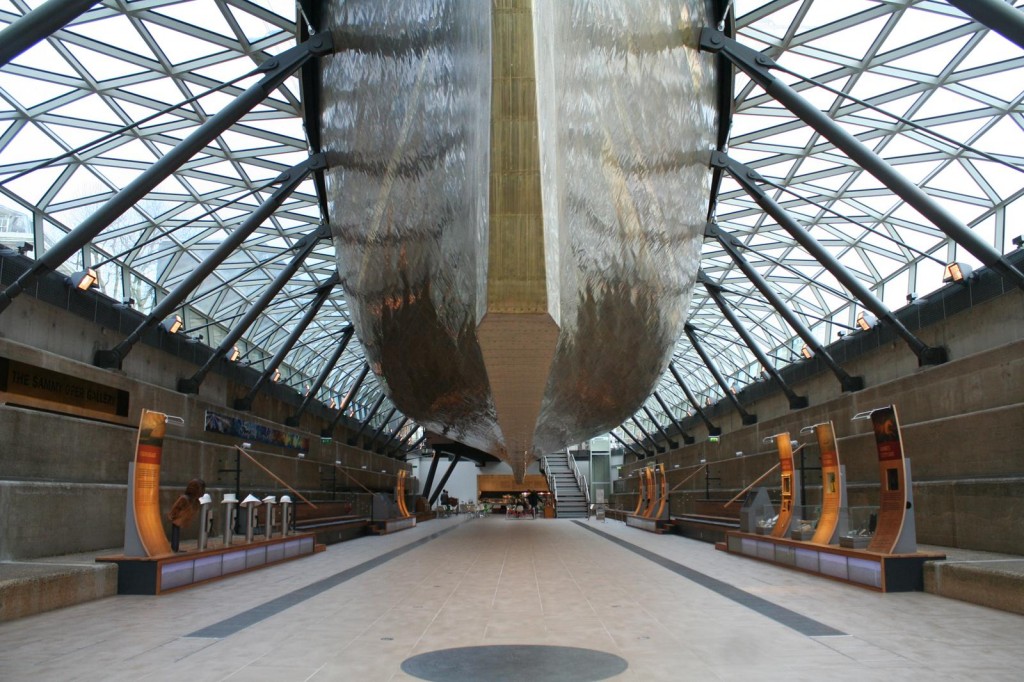 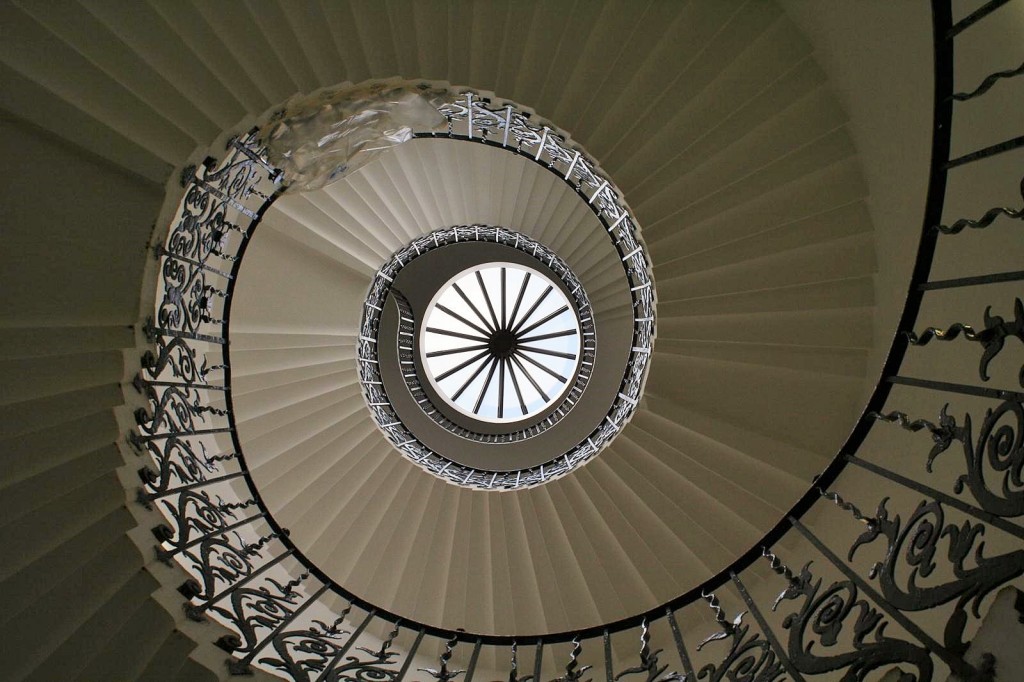 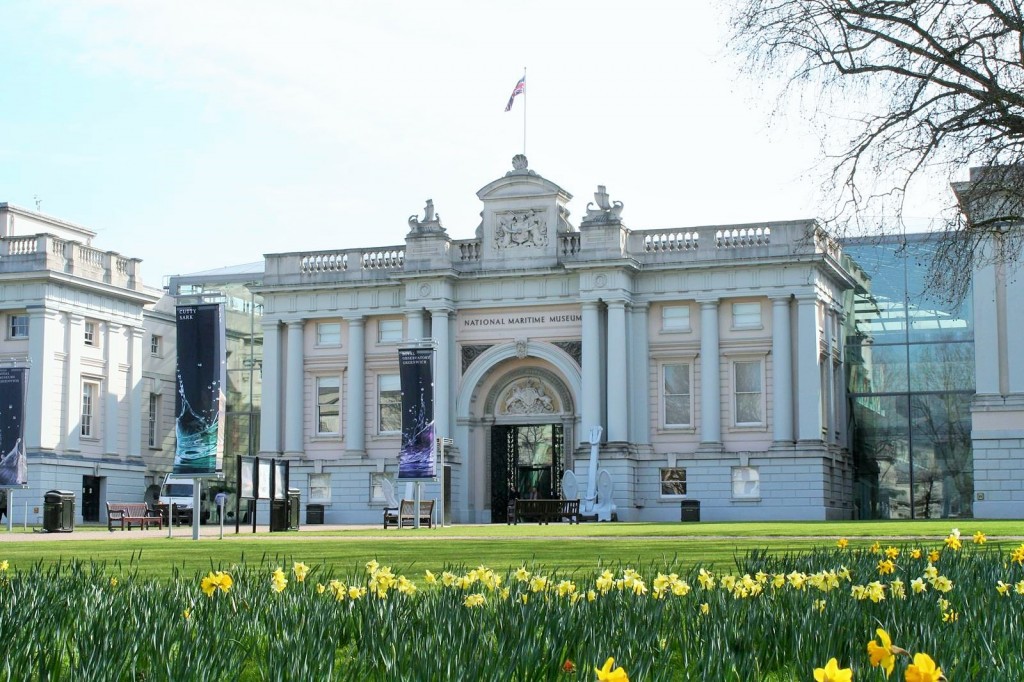 HOW TO GET THERE: Railway services for Greenwich station or Maize Hill are by far the quickest way. Check Southeastern trains from London Bridge and Cannon Street. DRL for Cutty Sark (Maritime Greenwich) is a common alighting point also provides a nice tour around Docklands. If you’re going for the full experience, especially with children, you may consider to spend a little more and get there by Thames Clipper. Bus 188 also stops here from Central London.

WHEN TO COME: Museums are open daily from 10:00  to 16:30. prepare for an ealry start, if you don’t want to find yourself panting and sweating around Greenwich Park to see everything.

FAMILY FRIENDLY:Probably the kid-friendliest UNESCO site I’ve ever been to. Museums are full of activities for children, especially the Cutty Sark, and pic-nic spots for families.

STATE OF MANTAINENCE: Excellent. Site maintenence and exploitation is responsibility of Royal Museums of Greenwich. Valorization is remarkable.

PRICE: The overall ticket price can be expensive. While Queen’s House, National Maritime Museum and Royal Naval College are free to visit, Royal Observatory and Cutty Sark need a ticket to enter. A combined ticket can be purchased at either location.

SUGGESTED ITINERARY: At your arrival in Greenwich, just in front of Cutty Sark, you should see the Tourist Info Point; they’ll be more than helpful in helping you organizing your visit and also booking guided tours, on request. The itinerary I suggest is complete, and time-wise.

Let’s start by the river, to have a look at Royal Naval College. This majestic complex is, in my opinion, the only Baroque artwork in Britain worthy of such name. Designed by Christopher Wren, it was completed in 1742 and served as Royal Hospital for naval pensioneers. It was converted in 1873 in a Royal Naval College for young officers until very recent times (1997). One of my professors still remembers how they used to go there for dancing parties, when he was a student, with his friends officers. The building is now protected by an indipendent charity and hosts University of Greenwich. if you’re lucky, you could hear Conservatory student practicing and be accompanied in  your visit by the sound of arp and violin. Don’t miss the Chapel and magnificent Painted Hall – they’re collegated by a “secret passage”underground.

We can now move to the National Maritime Museum, another creation by Christopher Wren. This is home to an incredible fine art collection, including works by Turner and naturalist Gerge Stubbs. Less known, but still remarkable, is the 20th century art collection. Children will be amazed to see any kind of relics, from explorers like James Cook and Sir Franklin.

You can access the Queen’s House, masterpiece of the UNESCO site, from the columns by Daniel Asher Alexander. The art collection you’ll find inside is as valuable as the building itself, designed by Inigo Jones for Queen Anne of Denmark in the style of Italian villas. If you can, look around for guides: ask them how many steps are there in Tulip Stair, or about that time Queen Anne shot the King’s favourite dog. They have plenty of stories to tell, and are just too happy to do it.

We are now ready for the long walk through Greenwich Park, that will  bring us to the Royal Observatory and the Planetarium. You’ll find one of the funniest, most interesting science museum I’ve ever been to. And the Line, of course. After all  we did and saw, the Line doesn’ seem to me the most interesting spotlight in Greenwich, although brings here thousands and thousands of tourists every year. Of course, you’re free to spend hours taking photos of your feet, but if you really have to do be a UNESCO Ambassador, try to be original: here’s my personal list of things to do instead of crossing the Line.

We’re almost done with our Greenwich Tour: we can now find our way through the park back to the Cutty Sark. I saved this museum for last because it’s very suggestive to visit it after sunset; but you can choose to go there as first visit, before going to Royal Naval College. This 19th Century clipper found its last home in Greenwich in the 1990’s. After its opening to the public in 2012, it became immediately a major attraction in London. You’ll be able to visit its three levels (on top, on board, under) and learn more about the fastest tea clipper in the world in 1870’s. The architectural  structure, that allows the ship to “fluctuate” in the air, is impressive. Activities on board are studied for children’s enjoyment, but adults will find occasion to learn something new, as well.  A perfect way to end up your day in Maritime Greenwich, that will leave you full of memories and a lightened heart. 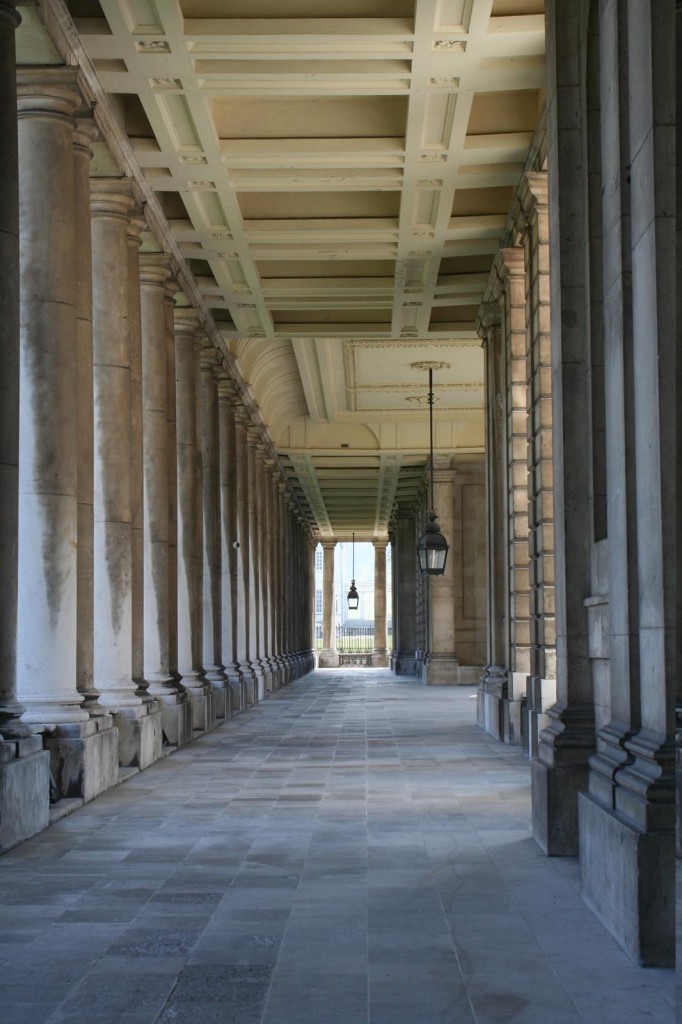 https://www.gounesco.com/heritage/proof/maritime-greenwich-makeheritagefun/https://s3-ap-southeast-1.amazonaws.com/gounesco.com/wp-content/uploads/2016/01/09201941/IMG_8620-2-1024x855.jpghttps://s3-ap-southeast-1.amazonaws.com/gounesco.com/wp-content/uploads/2016/01/09201941/IMG_8620-2-150x150.jpg2016-01-10T06:21:53+05:30rdgounescoUncategorizedlondon,Maritime Greenwich,rdgounesco,travel,World Heritage Site,world heritage travel
London is famous for being a patchwork of areas, with a multitude of different identities. This is particularly the case of Greenwich, a few minutes far from the City. When a visitor arrives in the first morning, he has the impression of being by the sea, maybe because of...
rebeccat@hotmail.itGcaGoUNESCO | Go UNESCO
Categories: Uncategorized. Tags: london, Maritime Greenwich, rdgounesco, travel, World Heritage Site, and world heritage travel.
« A visit to Bhimbetka Caves
Tower of Hercules »