This has been one of my best life experiences which I have made together with the USACF team from USA. We visited one the world heritage sites called Matopos. 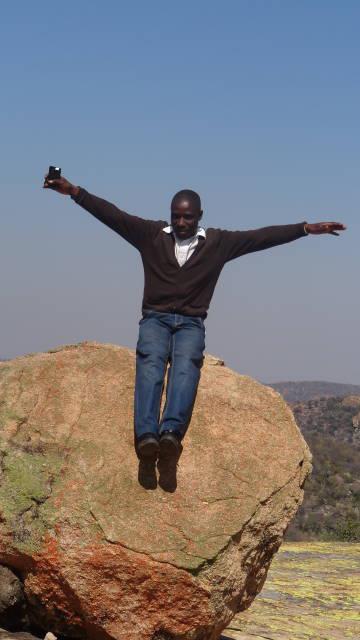 Matopos hills heritage site is 50kms south western area from the second capital city of Zimbabwe called Bulawayo. This heritage site consists of masses of granite hills and also on top of the granites there is some green parts called lichen. Inside the Matopos hills there is also a national park which has also been names as Rhodes Matopos national park.
I and my other team mate learnt lots of new things about Matopos Hills and hence also this was through the help of one of the tour guides who had data about the Hills. He explained to us that Matopos Hills was an extensive area of rolling hills on the high plateau, where massive granite outcrops and boulders formed spectacular inselbergs and kopjes and these hills are believed to have been formed two billion years ago and Mzilikazi the founder of the Ndebele State is the one who gave the place the name meaning bald heads.

The big cave camp was the best accommodation for everyone who was travelling with us as it provided us with comfortable accommodation and also some delicacy which included best lunches dinners with traditional foods which was a good delicacy for everyone who was with us one. The next day we woke up very early and had our breakfast and some of my friends also had to watch the sun rise and it was beautiful. 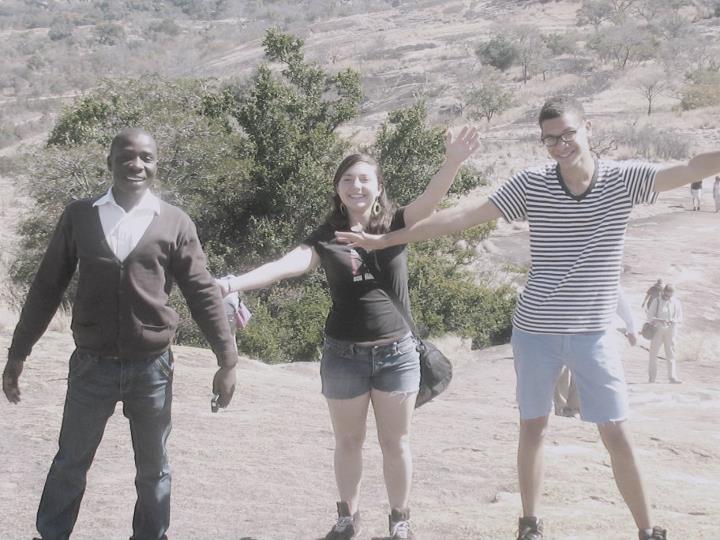 Our activities for this day started by game walks and game drives and as well as visiting the 4 caves with rock paintings that include Nswatugi, pomongwe, inanke and bambata as well as a tour to Rhodes grave. In addition to that this has been an experience for me because I got to experience the culture as well as the religion of that area and history. The tour guide also accompanied us to this outer huge boulder where Cecil John Rhodes was buried in a rock and on top of his tomb there is a metal. Cecil John Rhodes is one of the colonialists who spearheaded British colonialism in Zimbabwe and hence he was buried in Zimbabwe. Furthermore, my team and I also did walks to see the caves of the San people who had lived in Southern African countries including Zimbabwe for many thousands of years. This has made me to like history as well as to appreciate all the works of art that have been left by the San people in the area of Matopos including the iron age people and hunter gatherers. 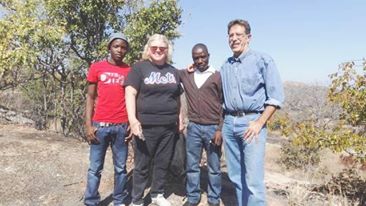 I and my friends were also amazed by the rock art of the San people. Parts of the rock art showed the San doing different activities – some were gathering firewood and some were hunting wild animals whilst some were praying. This shows that the San also had their own religion which they practised hence believed in the Super Being. This rock art was being interpreted to us by one of the tour guides who was working in this heritage site. Again some believe that within these rock boulders the voice of the super being Mwari can be heard. Furthermore during our game walks, the tour guide advised us to refrain from entering the game park with fruits since they were wild animals and hence might pose some threat to us.. I also saw some the shrines which were in the area and these were used by people. The tour guide explained that certain areas within the landscape remain sacred to local people and was being maintained as shrines. What was also interesting to note is that in these rock landforms we discovered that there were lots of wild plants including aloes and herbs which are said to be used by people in this indigenous in the area as they have full knowledge of them. Another interesting part was that we ate cheese that had been named after the hills and it was called Matopos cheese. 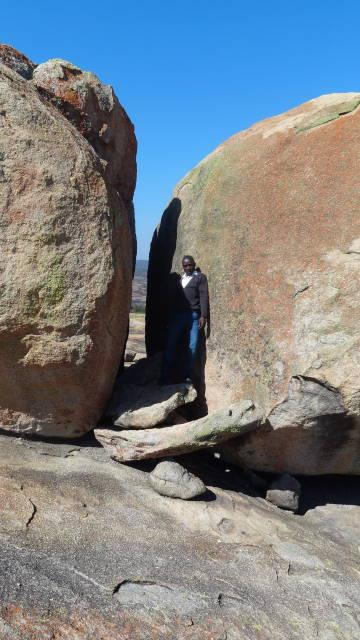 I believe that through my experience at Matopos hills, I have the zeal to tell everyone that if you choose Matopos as one of your holiday destinations you will never go wrong as you will get to learn lots of interesting things including the history of Zimbabwean people and the San who lived for almost 200 years ago and also to appreciate nature and flora and fauna of this beautiful motherland decorated by the Matopos Hills. 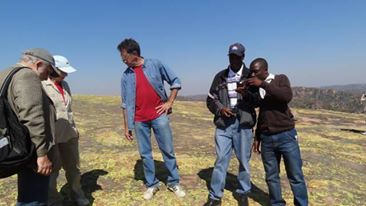 https://www.gounesco.com/heritage/proof/matobos-hills-mthandazo-khumalo/https://s3-ap-southeast-1.amazonaws.com/gounesco.com/wp-content/uploads/2015/11/13224023/297147_270631839617321_3951735_n.jpghttps://s3-ap-southeast-1.amazonaws.com/gounesco.com/wp-content/uploads/2015/11/13224023/297147_270631839617321_3951735_n-150x150.jpg2015-12-24T15:42:48+05:30Mthandazo Khumaloheritage,heritage site,Matobo Hills,mthandazo,travel,World Heritage Site,world heritage travel,Zimbabwe
This has been one of my best life experiences which I have made together with the USACF team from USA. We visited one the world heritage sites called Matopos. Matopos hills heritage site is 50kms south western area from the second capital city of Zimbabwe called Bulawayo. This heritage site...
Mthandazo Khumalokhumalomthandazop@gmail.comGcaGoUNESCO | Go UNESCO
Tags: heritage, heritage site, Matobo Hills, mthandazo, travel, World Heritage Site, world heritage travel, and Zimbabwe.
« Discovering the streets of old Dubrovnik
In the Heart of Europe »