I’ve always been fascinated with world history and all the different world heritage sites listed by UNESCO. Through travelling to various parts of the world, I see it as extremely important to campaign for the protection of world heritage sites. Very much in line with GoUNESCO. Therefore as soon as I found about GoUNESCO’s worldwide #makeheritagefun event I just had to get involved! 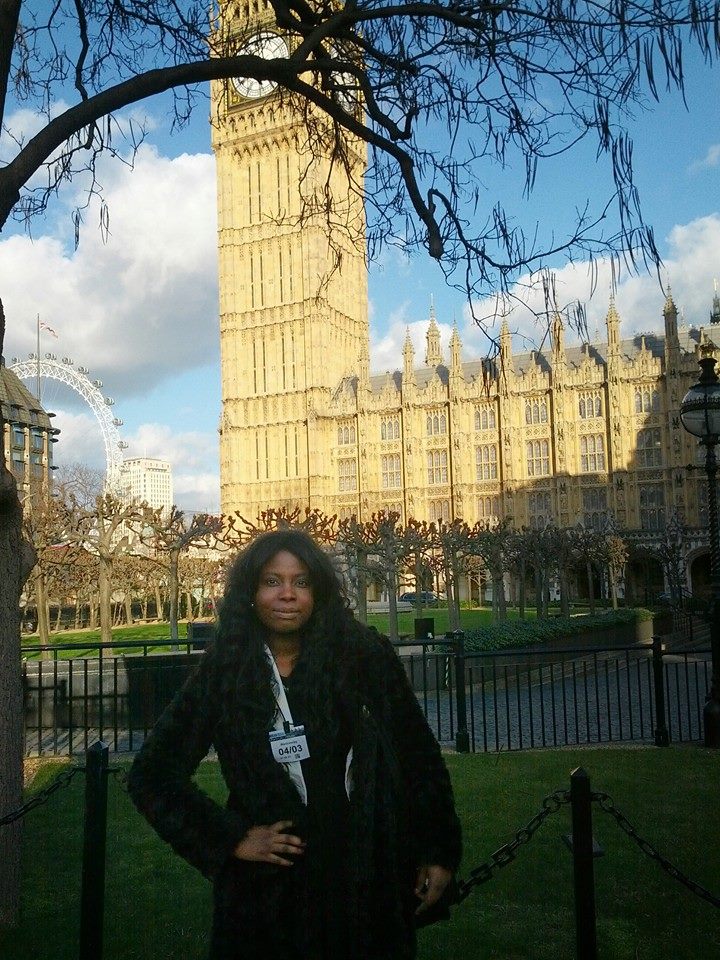 At the Palace of Westminster

I’m based in the United Kingdom, and the UK happily enough has 29 UNESCO World Heritage Sites, so I decided because of this and the fact that I love political history, that I would participate in GoUNESCO’s campaign by visiting and writing about the Palace of Westminster.

The Palace of Westminster, more commonly referred to as the Houses of Parliament is where both the UK’s House of Commons and the House of Lords are based. The palace is situated in the City of Westminster, in central London, on the northern bank of the River Thames. Its name is derived from both structures of Westminster Abbey; the first being the Old Palace which in 1834 was destroyed by fire, and its more modern replacement, the New Palace which is what we see standing today. The Palace of Westminster is owned by the Crown, and for traditional ceremonial purposes, the palace retains its original complex style and status as a royal residence.

Now if we look deep into the Palace of Westminster’s history, the 18th Century saw the first royal palace built on the site, and until the first fire hit the palace in 1512, it served as the principal residency of English Kings. After the fire and its subsequent reconstruction, the palace was used mainly by the Royal Courts of Justice and the English Parliament, which since the 13th Century had actually used the site as an important political meeting place. 1834 saw an even greater fire spread which destroyed most of the palace complex. The only medieval structural parts to survive the fire were Westminster Hall, the Cloisters of St Stephen’s, the Chapel of St Mary Undercroft, and the Jewel Tower.

After the fire, architect Charles Barry won what was a fierce competition, to gain the rights to reconstruct the palace. He was inspired by the 14th-16th English Perpendicular Gothic style, and chose to design the new palace in the Gothic Revival style, with assistance from Augustus W. N. Pugin. Apart from the detached Jewel Tower, the remains of the Old Palace were incorporated into what has been a much larger replacement. The Palace of Westminster contains over 1,100 rooms organised symmetrically, around two series of courtyards. Construction started in 1840 lasting thirty years, due to delays and cost overruns etc. Modern reparations of the palace include, the reconstruction of the Commons Chamber after it was bombed in 1941 in the Second World War, and conservation work, in order to reverse the effects of London’s air pollution.

I’ve had an amazing privilege to gain access into the Palace of Westminster. Through touring various parts of the building such as the House of Commons Chamber, I’ve discovered a lot of history about the palace; such as the fact that the Palace of Westminster has been a Grade I listed building since 1970, and part of a UNESCO World Heritage Site since 1987. The Palace is one of the central points of political life in the UK. In fact ‘Westminster’ is now synonymous for the UK Parliament. I also found that the Elizabeth Tower, more commonly known as “Big Ben”, is also pivotal iconic landmark of London, and one of the most popular tourist attractions in the city and a true emblem of UK parliamentary democracy.

Through getting involved with GoUNESCO’s #makeheritagefun event, I’ve found my experience with GoUNESCO’s campaign as a truly important initiative. The world is quite frankly getting younger. There are about 1.8 billion young people between the ages of 10 and 24, the largest ever world youth population size! Because of this, I think that it’s vital for young people and students like myself, to get involved with GoUNESCO and visit World Heritage Sites; whether that be in the UK or worldwide. We have to realise the importance of raising awareness, in upholding the world’s various cultural and historical artefacts and sites. They are extremely significant in sustaining and promoting cultural diversity, international cooperation and contributing to global peace and security.

My experience at the Palace of Westminster has been unforgettable, and so I would encourage all young people to get out there and #makeheritagefun!
Westminster Palace, Westminster Abbey and Saint Margaret’s Church – United Kingdom of Great Britain and Northern Ireland