Passing across the busy streets of the old Chandni Chowk market and glancing upon temples and church in the summer of late June, we reached the end of the road, from where we could  now clearly see a marvelous creation of the history ” the red fort”. So there we were,  standing at the premise appreciating the red sandstone architecture of the fort that stood tall with an Indian flag (waving with each passing summer breeze) at the top. 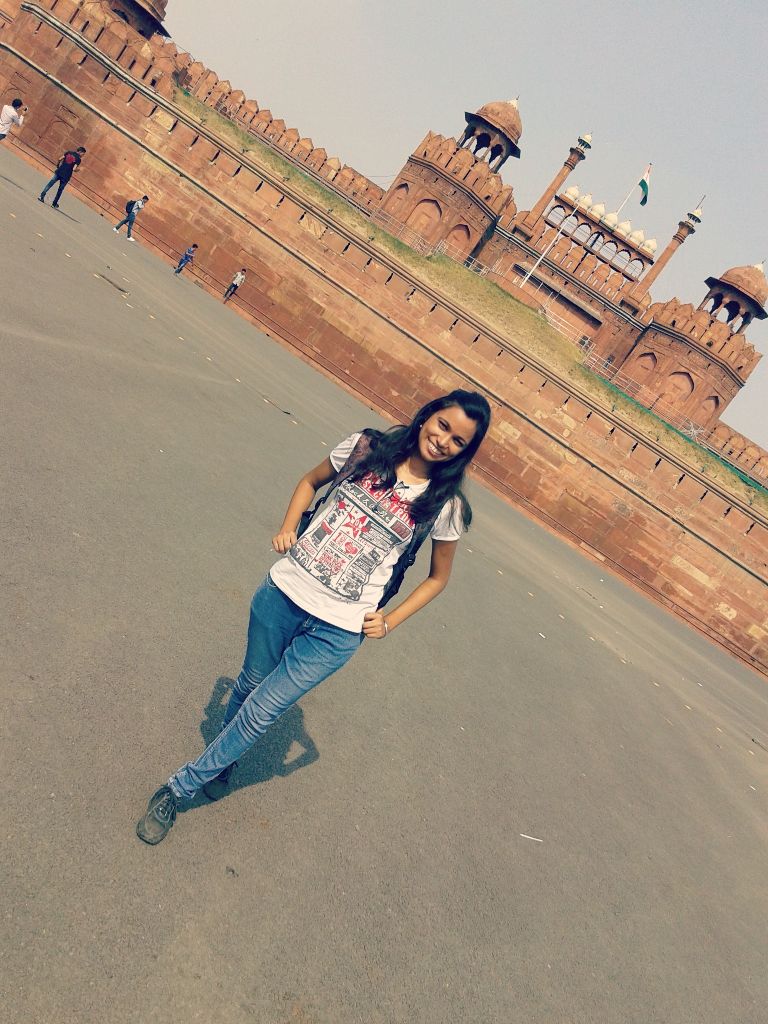 We bought the tickets at the counter just opposite to the main entrance. At the room adjacent to the ticket counter there was a baggage submission room where one can deposit their bags manually in the lockers or shelves for which a receipt is issued to them, costing Rs 2 per bag.

Passing the security checks we reached at a mini market of the fort(Chatta Chowk). Variety of traditional products were available here that were mainly a center of attraction for the foreign visitors. The market then lead us to a big gate of the entrance, Lahori Gate, from where  we were now looking  the Diwan-e-Aam, a huge platform designed for the public gathering and state functions where all of the state’s administrative affairs were discussed and public concerns were shared. Diwan-e-Aam is a hall of  decorated columns and engrailed arches that exhibit a fine craftsmanship.

Before giving the other structures a visit we went to see the Freedom Struggle Museum, which was set up in 1995 in one of the army barracks of that time. The museum provides a glimpse of major phases of India’s struggle for freedom with photographs, documents, paintings and objects like guns, missiles, swords, shields, medals etc.

At some distance from the museum, at the southernmost pavilion , Zenanas(women’s quarter) and Mumtaj Mahal can be located. Mumtaj Mahal,  now an archaeological museum consisted manuscripts, books and paintings, written or painted for the  emperors and their wives.

Here is a little something about its history and some other attractions within the fort.

The red fort was constructed in 1648 adjacent to Yamuna, under the supervision of Shah Jahan, the fifth mughal emperor of India.The Red Fort was built when Shah Jahan transferred his capital from Agra to Delhi. The fort is better planned than the Agra Fort. The entire monument is enclosed by a rubble stone wall. It has 14 gates in all, out of which the most important ones are Lahori, Mori, Ajmeri, Turkman, Delhi and Kashmir gate.The structure is in the form of an octagon with long extended walls on the east and west. There are two main gates on the west and south (Delhi Gate). In addition to accommodating the emperors and their households, it was the ceremonial and political center of mughal government and a setting for events critically impacting the region. 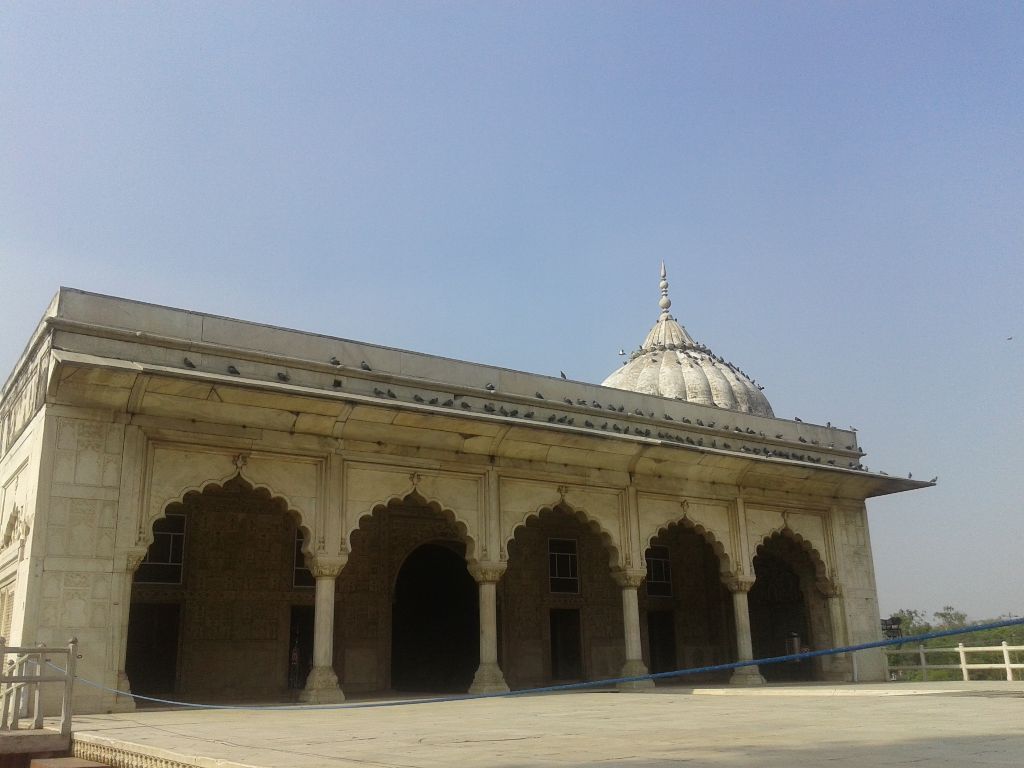 Naubat Khana: In the east wall of the court stands the Naubat Khana (also known as Nakkar Khana), the drum house. Music was played at scheduled times daily next to a large gate, where everyone except royalty was required to dismount.

Rang Mahal: The Rang Mahal housed the emperor’s wives and mistresses. Its name means “Palace of Colours”, since it was brightly painted and decorated with a mosaic of mirrors. The central marble pool is fed by the Nahr-i-Behisht.

Diwan-e-Khas: The hall of private audience, It is constructed of white marble, inlaid with precious stones. The once-silver ceiling has been restored in wood. It is believed that enamored by the beauty of Diwan-e-Khas the Mughal emperor Shah Jahan got the following words engraved on the building:

“If there is paradise on the face of this earth, it is this, it is this.”

Hammam: The hammam were the grand baths, consisting of three domed rooms floored with white marble.

Khas Mahal: The Khas Mahal was the emperor’s apartment. Connected to it is the Muthamman Burj, an octagonal tower where he appeared before the people waiting on the riverbank.This was done mostly by all the kings present at that time.

P.S. – As i was not in Delhi on 28th of june and couldn’t attend the meet for the GCA #makeheritagefun program. Not wanting to miss on the wonderful opportunity, i decided to write about my recent visit to an another UNESCO world heritage site Red Fort. Hoping to be the part for the same in the next meet. ^-^

https://www.gounesco.com/heritage/proof/red-fort-makeheritagefun/https://s3-ap-southeast-1.amazonaws.com/gounesco.com/wp-content/uploads/2015/07/05225906/20150617-768x1024.jpghttps://s3-ap-southeast-1.amazonaws.com/gounesco.com/wp-content/uploads/2015/07/05225906/20150617-150x150.jpg2015-07-05T10:39:32+05:30Garima PandeyUncategorizedgarima pandey,travel,world heritage travel
Passing across the busy streets of the old Chandni Chowk market and glancing upon temples and church in the summer of late June, we reached the end of the road, from where we could  now clearly see a marvelous creation of the history ' the red fort'. So there...
Garima Pandeygarimapandey93@gmail.comGcaI'm just a girl who loves tea, books, starry nights and falling asleep to the sound of rain.GoUNESCO | Go UNESCO
Categories: Uncategorized. Tags: garima pandey, travel, and world heritage travel.

I'm just a girl who loves tea, books, starry nights and falling asleep to the sound of rain.
View all posts by Garima Pandey →
« Lonesome Heritage Walk
Been there, done that: The Great Wall, China »