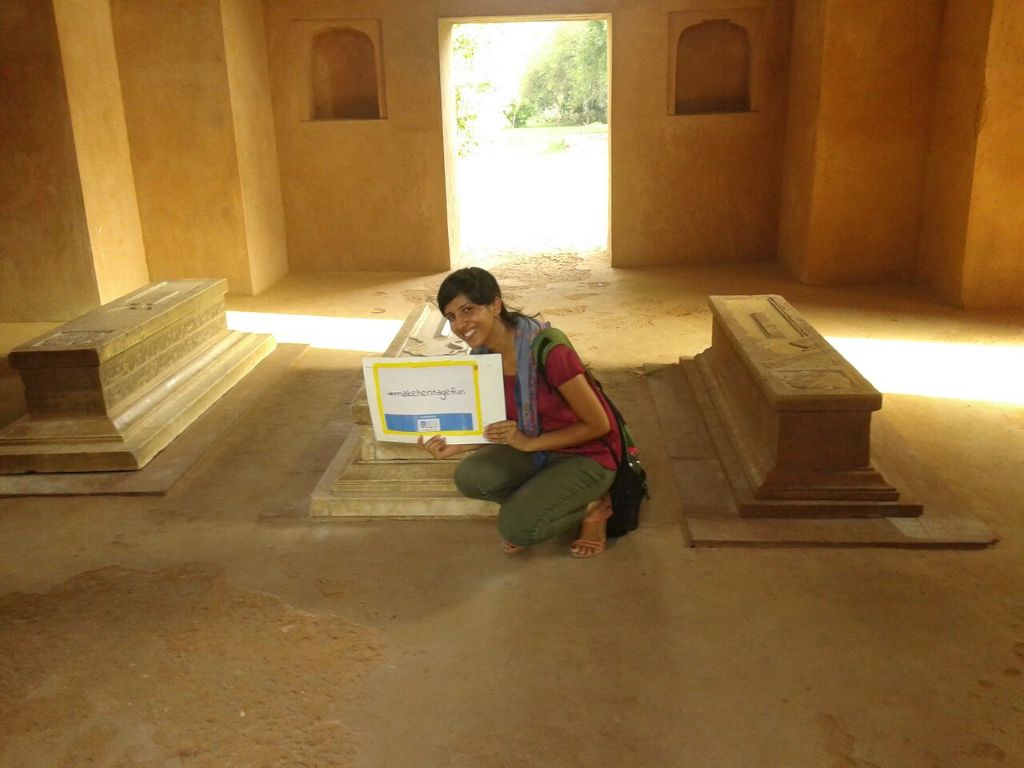 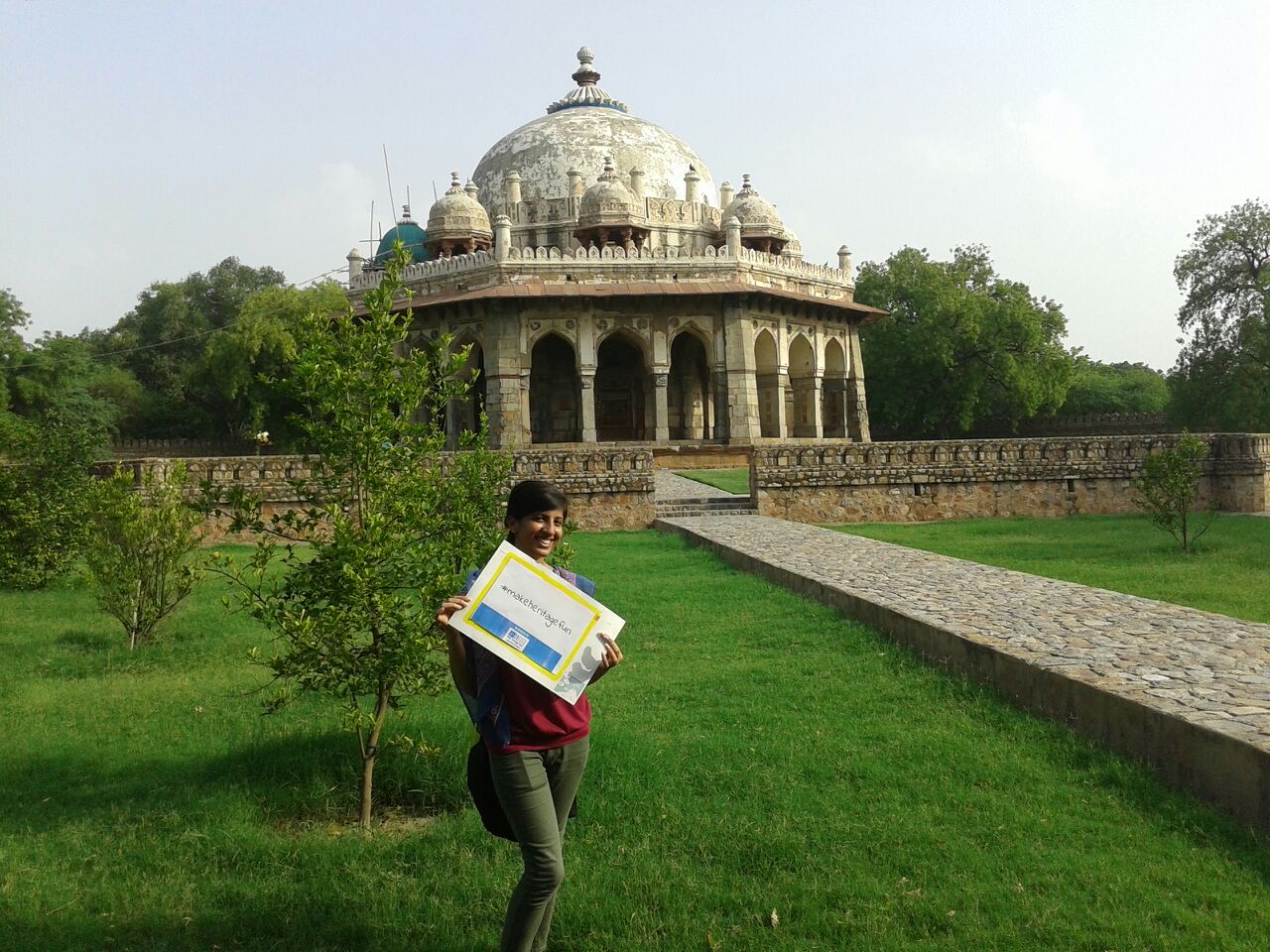 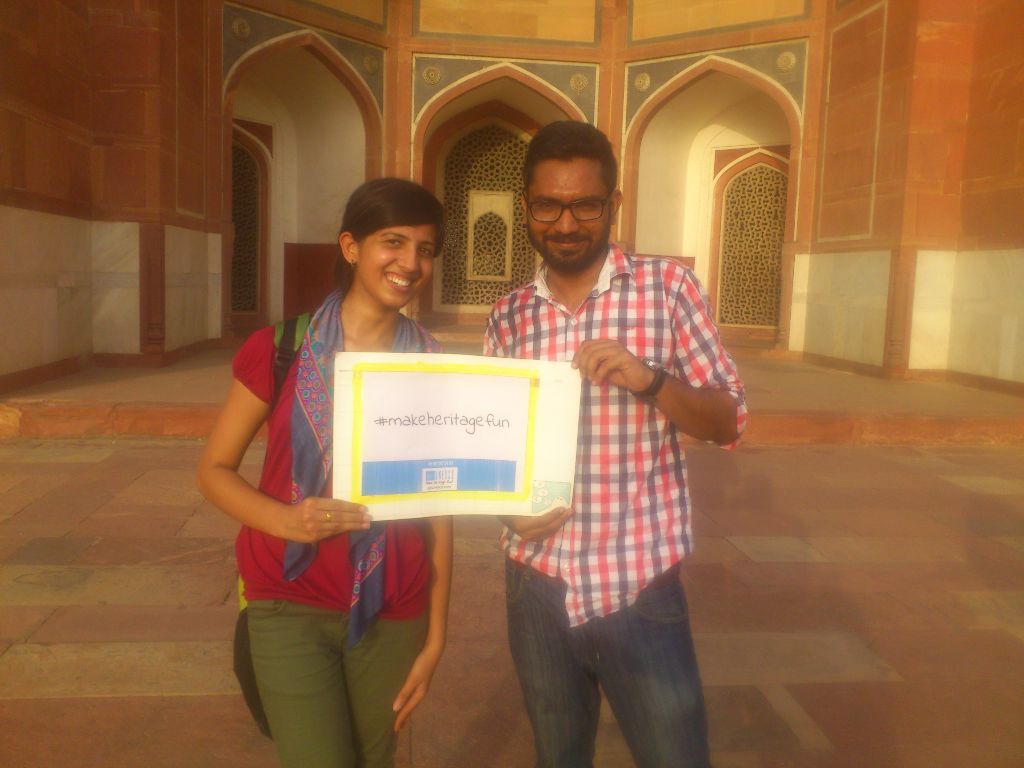 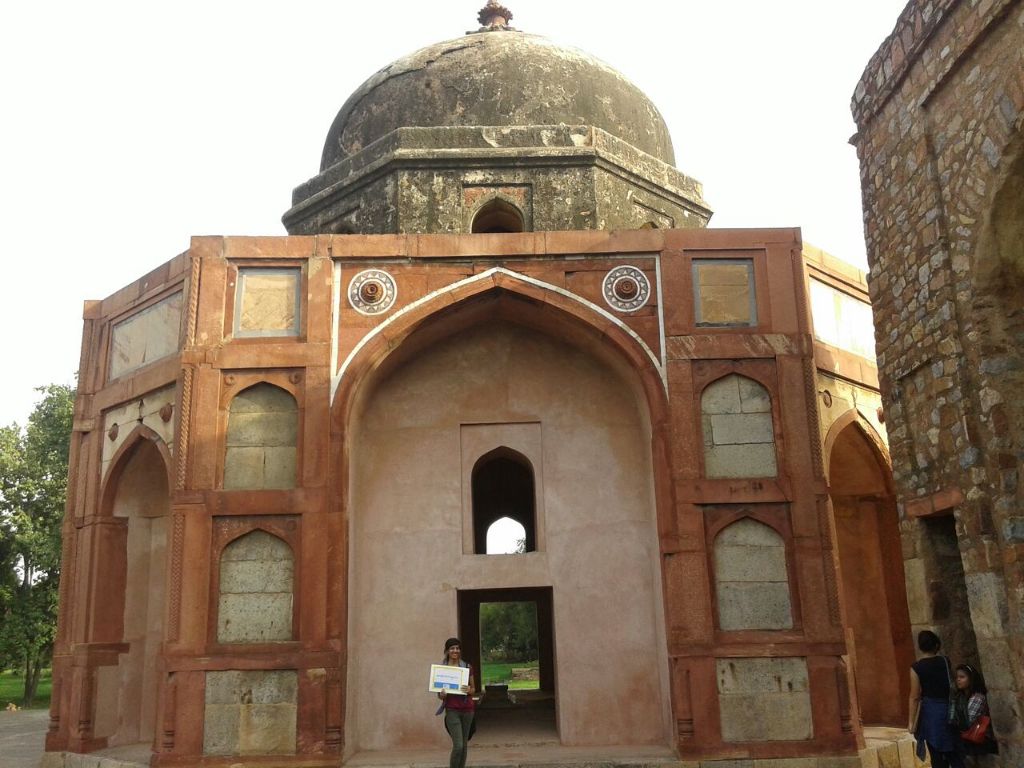 “What’s better than spending a Sunday evening exploring the heritage of our country” is what my mind said after hearing about the make heritage fun program organized by GOUNESCO. Humayun’s tomb, a magnificent wonder can undoubtedly be ranked number 1 in the visit list of people interested in dark tourism. A combination of dense history, rich culture, brilliant architecture and delightful environment is what makes this place a treat for the eyes of the tourist.

Adorable love of Biga Begum (Hajji Begum) and impeccable skills of the architect Mirak Mirza Ghiyath gave birth to this paradisiacal garden tomb of the Indian continent. Built after 14 years of Humayun’s death, it carries with it a tinch of Persian architecture. This may be a proof of Humayun planning his own tomb during his exile.

Excitingly, experiencing the first heritage walk of my life with GOUNESCO initiative “make heritage fun” was a substantial experience. Exploring such places has been my passion since quite a long time, yet this initiative seems to make my interest meaningful. Creating awareness in a fun way is something which may influence a great number of people. It was wonderful to see how the local people and the tourists of that place got attracted to the enthusiastic group of people  trying to have a better understanding of that place and secretly promoting it. Nothing can be better than contributing your bit to spread the knowledge of the cultural and historical aspects of our motherland.

Fun and learning formed the two sides of the same coin of this exploration. While walking through the causeways of Humayun’s Tomb, one not only experienced its aesthetic importance at that moment but also opened one’s mind to dramatized imagination of “how it would have been back then in 16th century”. Riding horses, satin curtains and carpets was all to be thought of with a smile on ones face.

On the other hand, identifying the cenotaphs without a name was a cumbersome process. This was one of the observations I made during this productive experience. Also, while getting acquainted with it’s history and architecture, some doubts kept pondering my mind. I was provided with an answer which is quite agreeable, yet my concern still remains intact. Few unpleasing vibrations struck my mind after looking at the restoration process. After getting into the depth of the matter, I realized I do represent one of the competing views on the same which has been a part of the ongoing debate since quite a few years. “If everything is painted all over again by skilled craftsmen on the same line as Mughals did, will it not lose the essence of the building created approximately 455 years ago (as one of the reasons may be : the materials used in the process would definitely be different)?

What impressed me the most was it’s lush green gardens (charbagh) surrounding the tomb of this great Mughal emperor.  Water channels formed an inseparable part of the same as this was considered as an attempt to create a paradise on Earth. No doubt this stupendous creation inspired the creation of Taj Mahal at Agra a century later.

Interacting with the group members and team leaders brought out some captivating facts about the same. The inside story of the division in Dara Shikoh’s grave was like an icing on the cake. This is the time when one realizes that ‘books are not always the source of one’s knowledge, sometimes experience plays a better role’. The story illuminating his humbleness and reason for his death did melt our heart for a moment. But looking at it’s practical aspect (if he would have been at the thrown, wealth of the Mughals would have been all wiped out then and there) enlightened us with the reality.

Different perspective was what I developed after this amazing experience. After knowing some of the rare facts, my mind was forced to think about how Humayun and his successors and predecessors would have been at that time. I mean only a generous mind and kind heart could keep a special place for a barber’s grave (Nai-ka-Gumbad).

There then arose an urge to know about the same even after returning from the walk. The story of the finial erected at the top of the tomb was another addition to my domain of knowledge then. The Britishers during their rule replaced it with the wooden one. Due to seepage of water it started deteriorating the walls of the tomb. This wooden finial then blew away in a thunderstorm few years ago and thus is now replaced with a metal one which is often believed to grasp the positive vibrations. Therefore, it is erected direct over Humayun’s grave.

Improvement formed an important part of this initiative as well. Making people aware of few small facts such as ‘not to sit on any constructed part of the monument’ or ‘not to put their foot on side walls’ etc was a small start from our side to protect the heritage of our country. It is rightly said, “you fill a bucket drop by drop”. Now, its my chance to be that one drop was the motivation I took home.