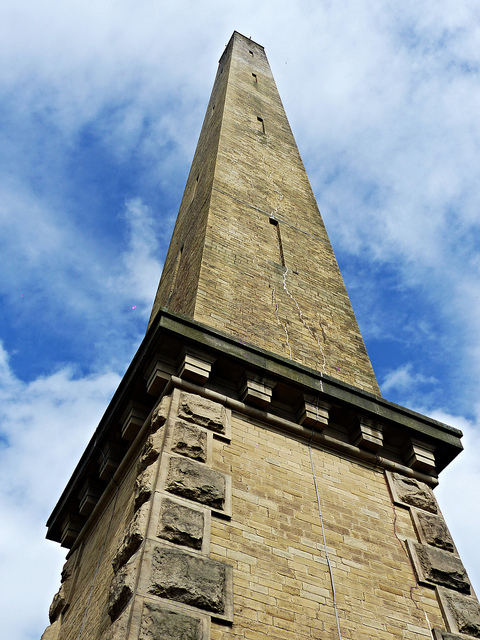 I visited this WHS in June 2016. I had spent 2 weeks in Leeds around 6 years ago but I chose to miss out on the WHS nearby to visit York and Whitby instead. This time round I arrived in Manchester with an early flight and I decided to visit Yorkshire’s WHS. Since I arrived before 10am, when all the shops in the mill open, I parked my car for free in one of the Victorian town’s parking spaces just opposite the mill. You’re allowed 3 hours no return which is more than enough for this WHS. I started my rounds by walking around the quaint town of Saltaire to see the workers’ houses, Shipley College Salt Building, Victoria Hall and the United Reformed Church before heading towards Roberts Park for a stroll. Roberts Park is accessible via a small footbridge next to the new mill and a pleasant walk leads to Shipley Glen Tramway and Baldon Moor. You could also visit by barge but it’s not that far away. After killing time, at 10am I headed towards the old mill which now houses a department store named Salt’s. I don’t think it’s such a horrible idea as it keeps such industrial heritage sites alive and provides jobs for the nearby communities. The original complex itself was intended to have different subsidiary workshops producing things which weren’t strictly related to the textile industry. What I found disappointing was the poor signage which should clearly indicate the ‘visitor centre’ or ‘information point’ at least as much as the shops and diner and more information boards, machinery, displays, etc. should be provided, not only a 10 minute video and a number of chairs. A clear information board on the former textile mill and its WH status should be present at the entrance not only a list of the shops on each floor. After my quick visit, I walked around the building towards the old mill and the most striking element was the 180ft chimney (picture) which complements what was once the largest industrial building in the world by total floor area.
World Heritage Site

https://www.gounesco.com/heritage/proof/saltaire-victorian-cottages-tall-chimney/https://s3-ap-southeast-1.amazonaws.com/gounesco.com/wp-content/uploads/2015/11/07212821/saltaire.jpghttps://s3-ap-southeast-1.amazonaws.com/gounesco.com/wp-content/uploads/2015/11/07212821/saltaire-150x150.jpg2016-07-09T11:00:28+05:30Trailblazertrailblazer,travel,World Heritage Site,world heritage travel
I visited this WHS in June 2016. I had spent 2 weeks in Leeds around 6 years ago but I chose to miss out on the WHS nearby to visit York and Whitby instead. This time round I arrived in Manchester with an early flight and I decided to...
clyde.triganza@ec.europa.euProof_userGoUNESCO | Go UNESCO
Tags: trailblazer, travel, World Heritage Site, and world heritage travel.

« Studley – A royal park and some deer
Mexican cuisine – way more than tacos! »