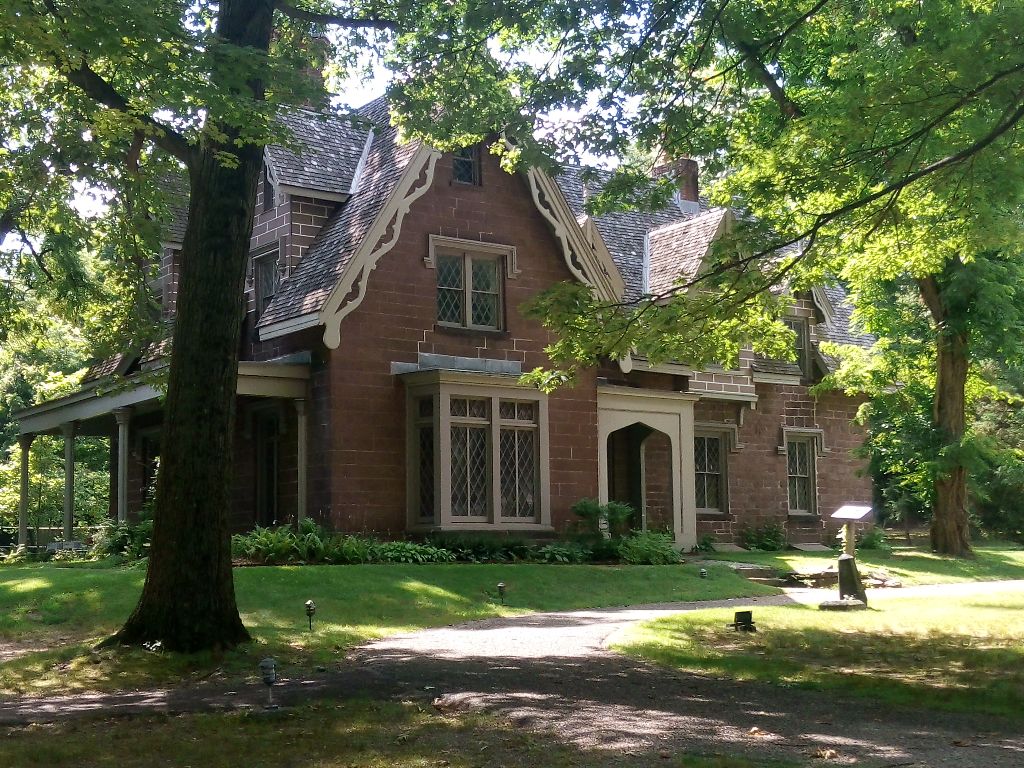 Being a national historic landmark, the hermitage house is attracted by many tourists dragged towards it, throughout the year due to the Gothic architecture not much relevant any more in the New Jersey area. It has a museum next to the house, which tells you more about the house. They have some highly knowledgeable members working. It is open at all times in the year from 10 a.m to 5 p.m. The house cannot be photographed from the inside.

The Hermitage has a very interesting story behind it. It is known during the ownership of James Marcus, who was a Captain of British Army and his wife, Theodesia. During the time, James Marcus had been to Australia to fight one of the wars, the house was to be destroyed by colonists. And, hence his wife, Theodesia finally decided to change sides and make friendship with the colonists. At that point of time the Battle of Trenton was being fought, between the Americans and the Britishers. She wrote a letter to George Washington still prevalent in the museum of ‘The Hermitage’, asking him and his army to stop by, and give her the chance to serve. They weren’t allowed to stay. But as after the battle, they had to run up towards the north, they hence did stay in here overnight. They were accompanied by the Aaron Burr the former Vice President, who became good friends with Theodesia. And finally did marry her in the all purpose room of the house which now the dining, one year after his husband’s death in 1782.

The house later had many owners. In 18th century, the Hermitage was purchased by Dr. Elijah Rosecrantz. He had a degree from the church, and possessed a job of Country Minister. When this couldn’t support his family, he decided to do a doctorate from Queen’s college. And, he did become a doctor. But still he couldn’t still do enough justice to his family, he did start a cotton and paper mill by the brook.

The mill brought glory to the house and family. The house was renovated by the architect, William Ranlett under the Elijah Junior. The two room house was increased to a two storied one. They even got a central heating unit just a show to the neighbors, as Elijah Junior did install a fireplace in each room. They were so blessed that, each room in the house had a lot of closets. Even though, they extra storage rooms or closets were taxed at that time.

We can say that the house is built following the Victorian style as it has many windows for keeping the sun rays entering through at all times. The beautiful stained glasses of the windows and doors, give amazing colored reflections on the walls at certain times in day portraying that the Elijah’s family was pretty fancy and modern. All over the house, there are Victorian styled ornaments like the shells and tortoise shell specifically scattered here and there on the windows.

Description of inner components of the House:

Visiting an Anglical Cathedral in Kolkata