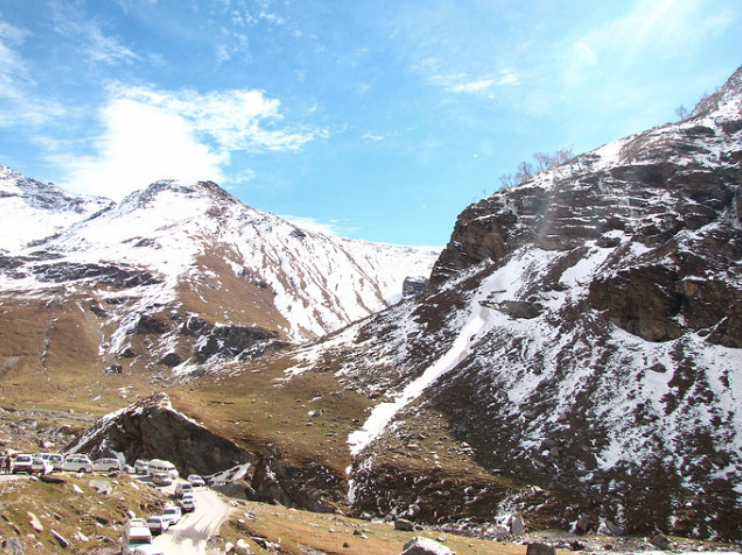 The name and the reputation of the Himalayas are universally known, but few understand the real importance that these mountain ranges have for their land, and the people living there.

The Himalayas are a great mountain range in Asia which separate the Plateau of Tibet from the Indian subcontinent. They are “young” mountains folded onto the Tethys Sea because of an intercontinental collision. The range includes several ecosystems and are considered as the highest peaks in the world. They rise up to more than 7,300 meters above the sea level. Theya re also home to  the highest mountain of the world, Mount Everest, which is 29,000 feet (approximately corresponding to 8,850 meters) above sea level. In addition to their beautiful environments, Himalayas are also important for the materials and energy they are able to generate. Plenty of rivers find their originhere, thanks to abundant rainfall and the melting of snow of its large glaciers. Due to the inclination of the slopes, the water gathers in its valleys and creates rivers. Moreover, these lands contain numerous minerals and ores  such as gold, silver, copper, coal, cobalt. It is easily understandable how this mineral richness may be helpful for regions nearby.

This huge aggregate (called Chomolangma by Tibetans, which means “Mother of the Snows) is a notorious destination among expert climbers, who every year try new routes to reach the highest zones. The reasons for this action are many. First of all, climbing such a surface is extremely challenging. In addition, walking through the slopes and the mountain streets provide adventurers marvellous landscapes of an uncontaminated nature. The range has various eco-regions, depending on the area and the altitude considered. The sights range from glaciers, lakes, rivers to snow clad forests. The fauna is also heterogeneous depending on the regions. Travelers may find snow leopards, takins, Himalayan goats, and many species of bears among several others.

It is also fundamental to mention the enormous cultural and religious value Himalayas have.  Since the Himalayas are still young mountain range, these enormous mountains have represented a source of inspiring traditions, legends and mythologies for local people living nearby. Some legends are about a unique and hidden kingdom called Shambhala. It is thought to be a pristine land where inhabitants have walked the path of the enlightenment so far that the mystic city has vanished from human senses and became a spiritual place.

Nowadays, only people with pure heart might have access to the kingdom’s openings. Another fascinating legend involves the figure of the Yeti, which is believed to live and wander around those gelid and inhospitable lands. It is told as a huge primate-like creature which has its abode on the tops of the mountains. It has many similarities with the North-American “Bigfoot”, an enormous ape living among the forests.

The Himalayas are an enormous source of natural and cultural richness. Their stories and their nature form a wealth that deserves to be known, deepened and protected. For this, UNESCO should do its best to preserve the marvellous heritage Himalayas offer, so that as many people as possible could contemplate over and admire their beauty.