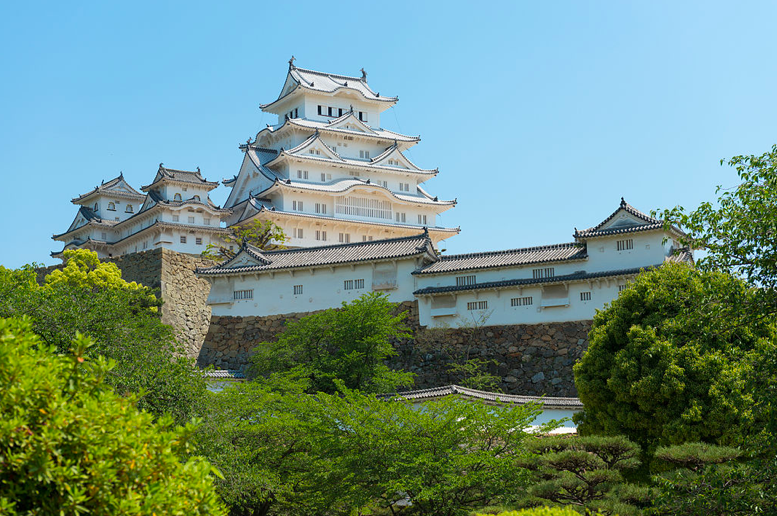 Very little is known about the land of the rising sun; Japan. I was fascinated by the fact that Himeji castle is the first Japanese World Heritage Site. It is a masterpiece of Japanese wooden construction located in Himeji city. The castle is often referred to as Hakuro-jo or the “white heron castle”. Built during the 17th century, the brilliant white exterior represents a white heron taking flight. The principal materials to built the palace is just stones and wood.

Himeji castle lies towards the Western approach to the former capital city of Kyoto.The first fortifications were built during 1400s, but the castle that we see today is over 400 years and completed by Ikeda Terumasa in 1609. It is made up of nearly 80 buildings. Loopholes or Sama in the shape of circles,triangles and squares,rectangles are located throughout the castle.There are about 1000 loopholes in the palace even today. Another interesting defence system are the stone drop windows that enables to throw stones or boiling oil on the head of the attackers.Also there is a confusing maze of paths to mislead enemies.

Tourists can enter the castle through Otemon Gate.The topmost floor has a small shrine.
The roof of the castle is covered with flat round tiles. God Osakabe,the guardian deity of Himeji castle, is enshrined on the top floor. The castle is the most popular spot during cherry blossom season in the early April. The castle complex also has the Koko-en Garden,a beautiful Japanese garden that was especially created to commemorate Himeji city’s 100th anniversary.

Fudge Cakes & Apple Pies : A Delicious Guide To the Best Bakeries in Mussoorie