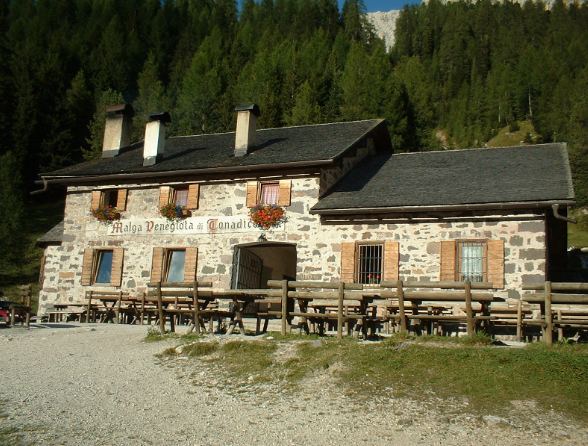 Italy, one of Europe’s most famous and historically rich countries. It usually stuns the visitors with its beauty. “Bella Italia” has 51 word heritage sights. That is the most in the world for one country and it is one of the most visited countries as well. Italy has mountains in the north, beautiful hilly landscapes with lots and lots of olive trees and dreamy villages in the middle. In the south of Italy it gets really hot and the beaches invite for a swim in the beautiful Mediterranean see. One other good thing about Italy is that this boot shaped ball kicking country is just surrounded by cost. So when you are in the middle of the country and start walking, chances are you’ll reach a beautiful cost. Or you reach the Alps. To be honest, that might going to be a rather tough walk then, but still beautiful. Well, that is the direction we go! You probably already guessed there are different climate zones in this diverse country. This is what I would mainly like to talk about today. Avanti!
In the mountain dominated north you have the so called Malga. I will come back to this unique thing. The mountainous north is where the shepherds live and some of the world famous Italian cheese is produced. It is world famous because of the taste that comes from a traditional “work out plan for the animals”. Yes that’s right, a traditional work out plan that the government wants to reestablish and encourage. To rebuild the traditional face of that area, also the Malghese need to be included. Because these Malghese are a milestone to guarantee the high quality cheese production of that area. So what is it, and what do those have to do with workout? Well, Malghese are dairies and shelters for shepherds in the Alpine region. The cows have a vast variety of pastures to feed on. The dairies are on low and very high altitude. To move from one to the other they sometimes overcome impressive altitudes. Like a marathon runner they train on different altitudes to become fit like a cow and give the best milk for the best cheese product.

Nowadays former Malghese are often used as restaurants, hotels or shops for tourists. These, usually wooden shelters are an example for vernacular heritage of the alpine region of Italy and have to withstand extreme weather conditions. That means a mixture of humid continental climate, subarctic climate and tundra climate. To be honest, while on my research, I found the roots of the Malghese to be rather mysterious. They are definitely similar constructions all over the alpine region like in Austria, Switzerland and France. But anyways, me personally, I wish a successful campaign and the retention of these Malghese, because I love the cheese of Italy! Keep it up!
But there are totally different climate zones in Italy. Italy is dominated by warm Mediterranean climate and a humid subtropical climate. That means the architecture in the north is very different to that of the rest of the country. In recent times not only the climate is an issue but also other natural influences.

Here I come to the serious part of the article. On Wednesday the 24. August in the middle of the night, an earthquake hit Italy very bad. The earthquake had a magnitude of a maximum 6.4. But it was not only one and many regions where affected with several high magnitudes. About 250 people died and villages where completely destroyed. Many people are helping and the cleanup is in full swing. In some cities measures where taken after the last earthquake and the building structure was earthquake resistant. But for those who died on 24. August this comes too late. Hereby I express my deep sorrow for the victims. Stay strong Italy!

Malga: A Symbol Of Shepherd Life in the Alps