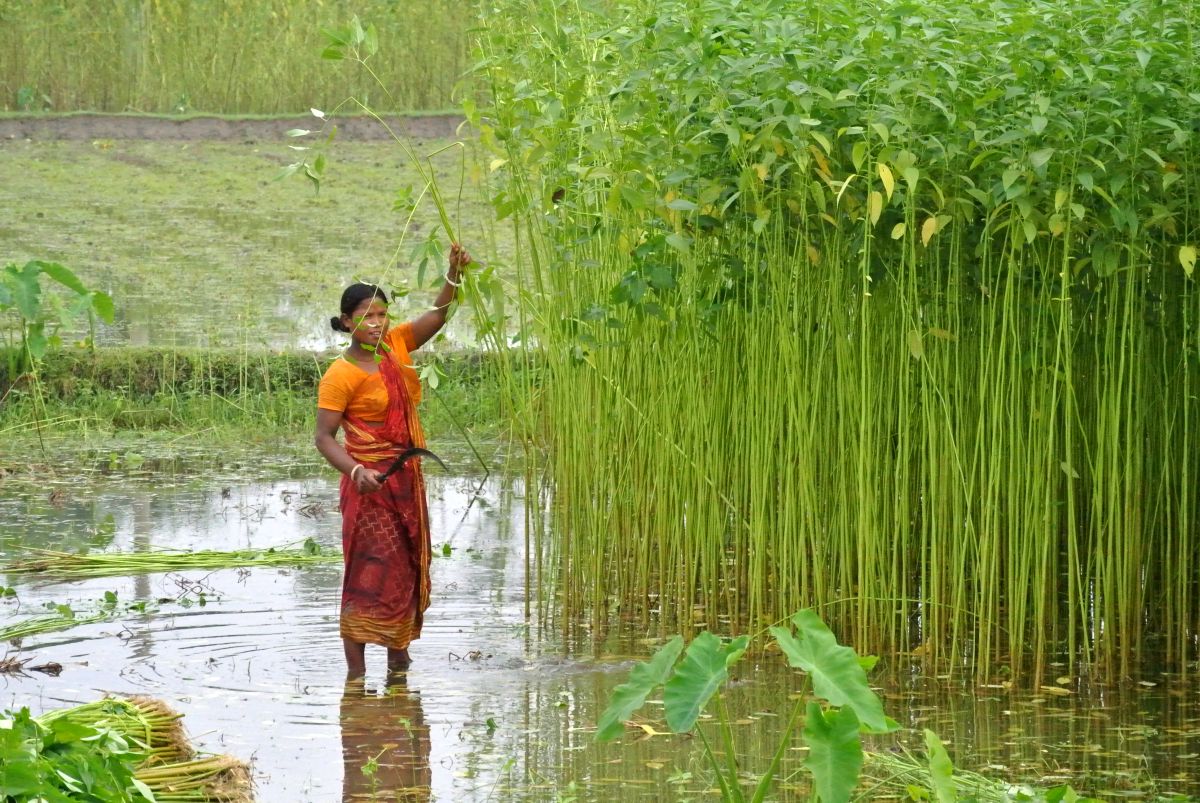 In the 1800s, large sheds along both the banks of the of Hooghly River in and around Kolkata and Howrah with rumbling sounds of heavy machines mixing with the soft mellifluous flow of the river producing yarns from raw jute was a common sight.

A steady workforce was employed to work on separating, sorting and preparing jute yarns in various jute factories and mills supporting a bustling population of the city and dealing with extensively cultivated ‘pat’ plant in Bengal, from where raw jute would be extracted.

After cotton, jute was the next cheap fabric material readily produced exclusively in the Indian sub-continent and was on the verge of an industrial revolution as the country catered to export demands mainly for the purpose of making sacks and cordage.

But the same mills now stand in deafening silence.

Wrong decisions taken decades ago actually crumbled the foundation of this once-strong and promising industry. The then communist government refused to supply sacks to nations that were engaged in World Wars, citing wars as imperialistic.

Thus, a golden opportunity was lost.

Entrepreneurs state that the situation was made worse by the growing demands and various trade unions with wrong expectations. The murder of the CEO of Northbrook Jute Mill H K Maheshwari in Hooghly in 2014 put thousands of permanent and temporary workers out of a livelihood.

The insecurity among the owners and entrepreneurs is apparent. Other than assurance, little has been provided to the enthusiasts by the governments, and attempts to resuscitate this industry have so far remained dormant.

Fortunately now, a handful of non-governmental organisations have taken the onus upon themselves to find new avenues to generate livelihoods for different sections of the society, and to exhibit what all can be done with the fiber.

One such group is Freeset bags that works with impoverished women from the red light areas for a new way to support themselves and their families. They have experimented with carry bags that are chic-looking and stylish, as this fabric can be dyed, bent and styled as per a designer’s wish.

There are some other boutiques that have derived the art of making handloom material for sarees, table cloths, curtains and carpets or upholstery giving them a distinct look. Just the way plastic had replaced jute, now with more awareness regarding the preservation of environment, a slow reverse phenomena is being observed since jute is a highly bio-degradable and eco-friendly material.

With the smaller groups showing interest, the government is gradually in the process of realizing the importance of reviving this industry.

The National Jute Policy was launched in 2005 after the Government of India realized the importance of the fiber. Bengal is the primary producer of the fabric;  whereas states such as Andhra Pradesh, Odisha, Tripura, Assam, Uttar Pradesh and Chhattisgarh have mill facilities for the production across the country.

With the revival of industry, not only shall we pave ways to provide employment to our youth at different levels but also make ways for a cleaner and greener way of living allowing the nurturing of art in the form of handicrafts as well as utilitarian items.