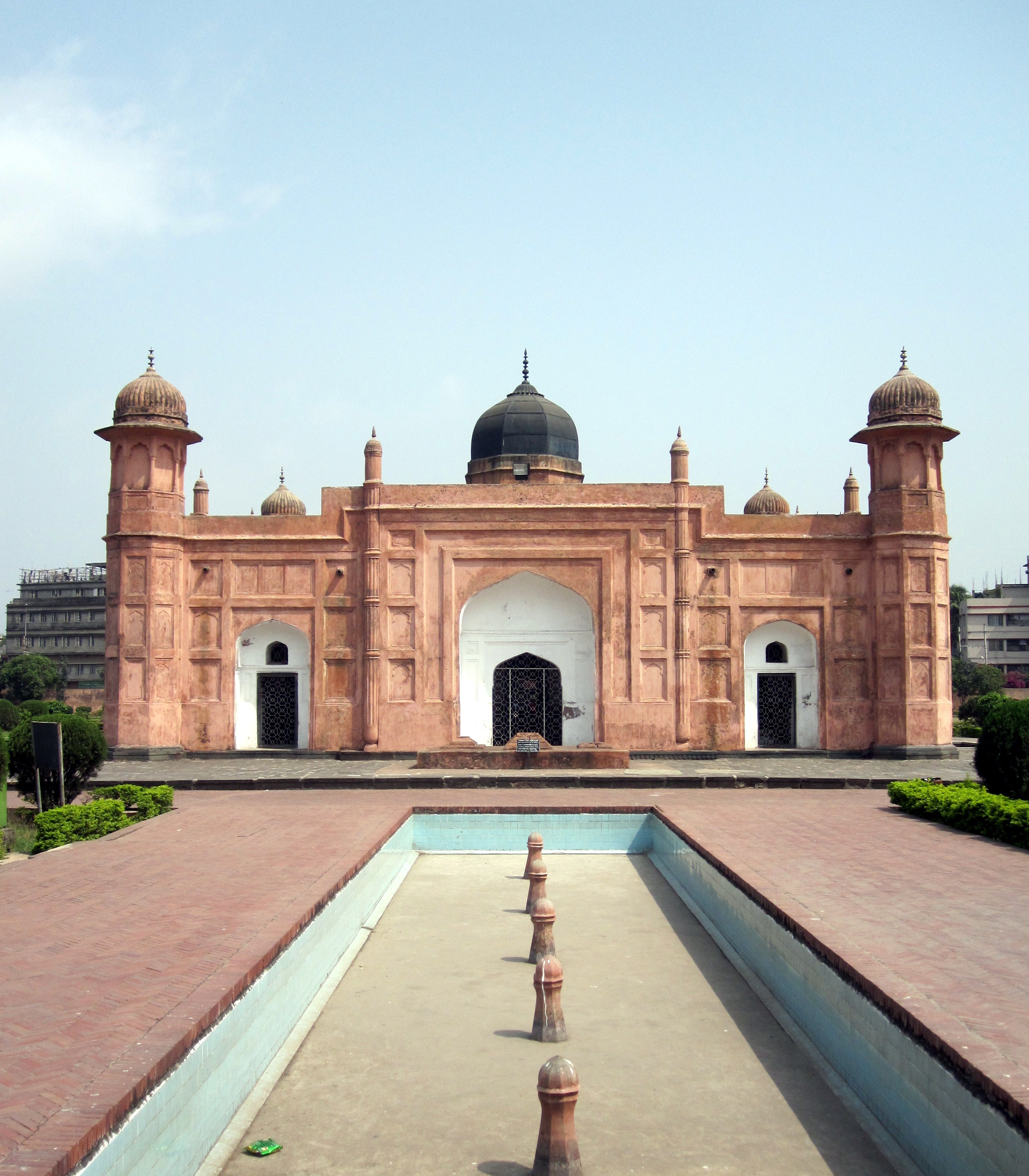 Dhaka has a population of over 14.4 Million. In this busy city lies a beautiful fort, called the Lalbagh Fort.  The construction of Lalbagh Fort was started by Prince Azam, the son of Mughal Emperor Aurangzeb (1685 AD -1707 AD).

Azam could not finish the project,  and was called back by Aurangzeb for an important task. He was replaced by Nawab Shaista Khan, the man who greatly expended the constructions of the fort and for that he was called the great builder of the Golden age of Mughals in the land of Bengal. Unfortunately, there is some evidence that the fort was not completed and no one knows the reason behind it.

The fort was never completed judging for it is now we may never know what it was fully intended to look like. The reason behind its abandonment has remained a debate among archaeologists and historians for many years. One of the theories behind the fort’s partial completion is the  pre-mature death of Bibi Pori, the beloved daughter of Shaista Khan.  Her death devastated Saysta Khan and he abandoned the fort declaring it as bad luck.  Instead, he built it a tomb in memory of his beloved daughter.

Today, Lalbagh fort is reminiscent of Dhaka’s role in the great Mughal Empire. Lalbagh Fort stands as a symbol of History and also contrasts the surroundings beyond the walls. The central area of the fort is occupied by three buildings, Diwani-i-Aam and the Hammam , an Audience Hall and meeting place of the officials that was used by the governor and also the residence of Shaista Khan. The Masjid (Mosque) is located on the west, and the tomb of Pari Bibi between the two buildings. At present the Hammam, after careful restorations to its original state, has been converted into a museum. Today Lalbagh killa  serves as a historical attraction to tourists as well as a place of recreational activities to the locals. The whole fort is surrounded by gardens.

The design of the  Diwani-i-Aam’s rooftop shows the beauty of  Bengal Mughal Architecture and its geometrical decorations showcase the identity of Islamic Architecture. The Zali Screen , the lotus fountainthe top of each entrance as well as the floor tiles  reflect this aesthetic. Hammamkhana (Bathhouse) in the southern part of the building.

The Mosque has three entrances and it has three domes. The direction of prayer is indicated by three Mehrabs on the wall. The Tomb of Pari Bibi, the beloved Daughter of Shaista Khan is situated in the center of the complex of the fort, and is covered by a false octagonal dome. The entire wall is covered with white marble. There is also a secret tunnel at the back of the complex.  It is said that those who entered the tunnel have never returned.

Ghalib ki Haveli: A remnant of the Mughal Empire

The origins of Tarantella