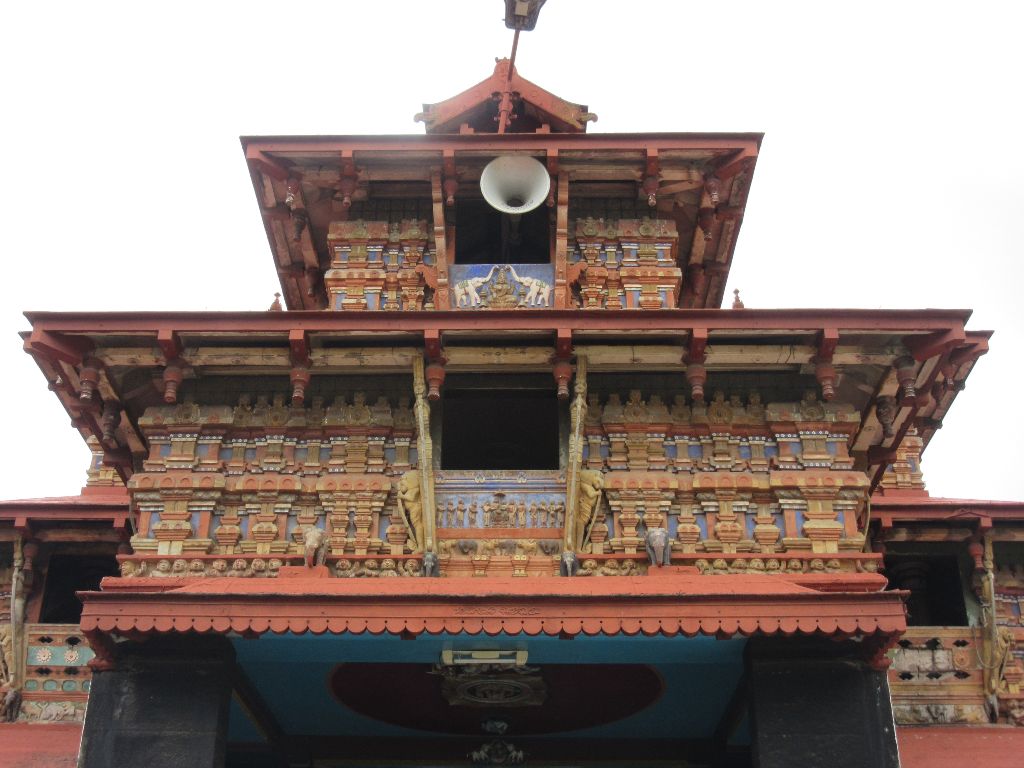 The hamlet of Tripunithura , my hometown,  is where I chose to travel around with the expectation that I would be able to pen down some of the exciting stories and myths.

Tripunithura, once the capital of the former kingdom of Cochin, is quite famous for its temples and is brimmed  with heritage art and folklores. We started off on our “fable hunt “ by trying to find out the story behind the name “tripunitura”.

There are umpteen numbers of tales that describes the origin of the word “Tripunithura” of which the first one links to a “Pooni” or “Pooneeram” which means quiver. The story goes long back to the times of The Pandavas . It is believed that during the end of Dwaparayuga, Arjuna, made a visit to Lord Vishnu who presented him with an idol which he carried in his “pooni “. With the help from Lord Genesha an ideal place was identified and the idol was installed.

Another account of similar variety is also told, it goes like this- Lord Krishna presented an idol he himself worshiped to Arjuna, asking him to find a supreme place for its installation. It is believed that Arjuna placed this idol in his bag, called Pooneeram (in local language), which was used for storing arrows. On reaching the place he shouted “Pooneeram Thura “ which means ‘open the bag’ , thereby giving rise to the name “Poonitura “.

Apart from these stories, it is also assumed that the name “Poonitura” was coined as the village was situated on the banks of the river Pooni, taking into account the meaning of Thura as Port. Once the kings of Cochin dynasty shifted their capital, the place where the palaces and forts got constructed was named as “Thiru poonitura “ ( thiru for showing respect) and hence the name “Tripunithura” .

Tripunitura and Poonitura are infact the two banks of river poorni, which has a mention in the Hindu epic Ramayana.

Tripunitura  known as the land of temples is just the place to clean and compose your mind and is also the ideal place for a small pilgrimage. Sree Poornathrayesa temple was our next stop. The temple is considered among the greatest temples in Kerala. The deity here is Lord Vishnu who is in the form of Santhanagopala Murthy. It is well believed that childless couples will be blessed with children on praying Poornathrayesan.

Tradition says, the idol of Sree Poornathrayesan was given to Arjuna by Lord Vishnu as he sought the help of the Lord to give rebirth to the ten children of a Brahmin. The ten children and the sacred idol were brought back by Arjuna in his chariot. To commemorate this event , a temple was built with a sanctum-sanctorum in the form of a chariot.

Lord Ganesh who was sent by Arjuna in search a sanctified place for the installation of the idol . was attracted by the holiness of the ancient Vedic Village, Poornavedapuram (now Tripunithura), tried to occupy the place for himself. However, Arjuna pushed him away to the southern side of the sanctum and installed his idol there.

Legends also say that Sree Poornathrayeesa is the elder brother of the Goddesses of Chottanikkara and Pishari temples.

Many famous “Utsavams “ (festivals) are celebrated here, of which the moosari utsavam and the Nangeli utsavam has got some interesting story behind it.

Legend behind the Moosari utsavam , festival of the brazier talks about the devotion of brazier who was assigned the work of making an idol of  the deity. Despite his continuous efforts he failed to join the head with the body. Distressed he brust into tears and called out “ Kootu Koodente Poornathrayeesa “  ( join together ). It is said that immediately both the parts linked together and the brazier got dissolved into the idol.

The tale about the Nangeli festival talks about a Brahmin girl who fell in love with Poornathrayeesa. She was so fond of the lord that she never missed a chance to visit the temple. As the time passed her marriage got fixed to a boy who stayed in a distant place. Depressed , she went to the temple and prayed for help. It is said that all the bells in the temple rang and people saw Nangeli entering the sanctum Santorum of the temple. After that nobody has seen her. It is believed that lord has accepted her

Amidst the temples, is there an ancient church, which was our subsequent destination. It is one of the ancient churches of the Malankara Syrian Orthodox Church. St. Thomas, one of the twelve apostles of Jesus Christ.

Next on list for exploration was our Thaneerchal Park.- the largest recreational park at Tripunithura yet. The Park is at Irumbanam , which has a story of its own .

The name Irumpanam is belived to have originated from ” Hidumba Vanam “, mentioned in the Ramayan epics. Though the literature talks about these places in the Himachal Pradesh as well, we are tempted to believe whether theory of Plate Tectonics, has brought this distinction, and these places were together sometime!!!

The folklore about this lake is that Bhima who wanted to quench the thirst of his mother during their time in “Hidimba Vanam”, plunged his hand into the ground and removed the mud thereby forming the lake. Incidentally there are 5 tributaries that maintain water to this lake, almost depicting the five fingers of Bhima’s palm.

These are just some of the stories heard. 20 years of living at Tripunithura, first time of having fun in learning and exploring stories and myths, which am sure to share.

Stitching back the lost heritage : Nepal