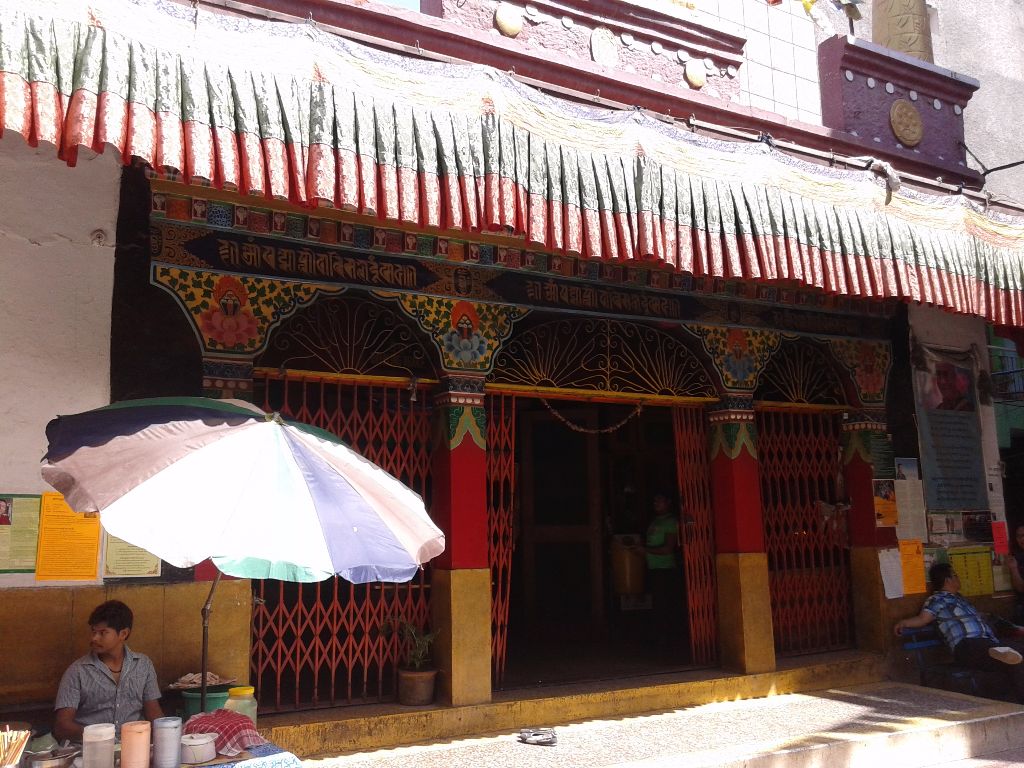 At a little distance from the busy streets of old delhi resides a locality that presents a completely different aspect of delhi. That presents the city in a very different light and vibe.

Majnu ka tila, a locality first established in 1965. Located at north delhi near kamla nagar has always been a center of attraction for north campus DU students. This place can be seen buzzing with young college crowd in every season for a variety of reasons including food, shopping, hang-out spots and most importantly because of the experience it provides of not quite being in Delhi without venturing out miles away.

Its initial settlement was followed by the business of woolen clothes and chhaang (a tibetan alcoholic beverage). Winter wears are still a major source of income for many here. While the production of chhaang has now become limited to the festivities. Since years the place has developed and changed a lot, and residents of the locality have now became an inseparable part of the city.

My first visit to locality itself felt like a little tibet residing in the heart of the capital just like all other cultures but more warm, secure and unclaimed.

Reaching Majnu Ka Tila and flags on the bridge:

Majnu ka tila can be reached by taking a rickshaw at a minimal charge of Rs20 to the tibetan bridge. Bridge itself is covered with colorful religious flags with chants written on them. While each color denoted something, people hang these on their houses on various happy and sad occasions or in hope of a prayer to fulfill. They never take them off until they are completely torn off. They believe the greater the amount of wind that gusts through them the greater will be the the chances for their prayers to come true. In tibet these flags are mostly hanged close to the river beds, while here the bridge being the windiest we can see tons of the colorful flags flying of them on it.

Passing the narrow streets with shops mostly at the sides, we were standing at the empty colondum of the grand tibetan monastery and temple. In tibet every family is expected to send at least one boy at a certain age to the monastery for religious learnings. Although the economical conditions of the region has improved it is still a highly followed norm and is also still practiced at Majnu ka tila.

The temple had chokhor ( a giant prayer wheel ) and magnificent golden statue of lord buddha surrounded by 40 to 50 diyas. The walls of the temples decorated with “sand mandalas“, a traditional art form of tibet. Prayer wheels are metallic or wooden cylinders attached with a handle. Various small prayer wheels has established all around the place. They are claimed to make your prayers come true as you roll them. It is believed that every rotation of a prayer wheel equals one utterance of the mantra, thus this religious practice will in return help them in accumulate good luck and blessings as they store a bunch of  papers with holy chants written on them.

A resident Tsering Wangyal, a source of most of my information, invited and told me about Losar, tibetan new year, lo means “year, age”; sar holds the semantic field “new, fresh” in tibetan culture. Losar is celebrated around the month of february according to the Uyghur calendar , a five day long festival, with the main celebration being on  first three days. First two days are quiet and devoted to the higher powers. On the first day of the festival chankoi a tibetan beverage is made from chhang in order to wish Dalai Lama good luck. Second day is also known as king’s losar, its a day for secular gathering in the hall of excellence. Then from the third day onwards, the people and monks begin to celebrate the festive season. Losar was celebrated for 15 days.  In many parts of Tibet, Losar is celebrated for fifteen days or more. In India it is celebrated for five days.

Majnu ka tila is surrounded by many regional food joints. Some of the traditional food items available here are – tingmo, fecha, thukpa, lephing and chupa.

People have come from tibbet to settle at various part of the country, tamil nadu consisting of the largest of suh tibetan refugee camps. Going back to tibet isn’t an option anymore for many, given tibet isn’t a safe place anymore. Tsering Wangyal mentioned how he has visited many cities in india but doesn’t wish to visit his own region. Refugees in india has been protected under multiple refugee laws and tibetan government support.

That was a whole new feel altogether, I was at the part of the city I never before knew existed. Going back from the same streets I observed everyone being busy with their chores or smiling with a decent welcoming smile. 🙂