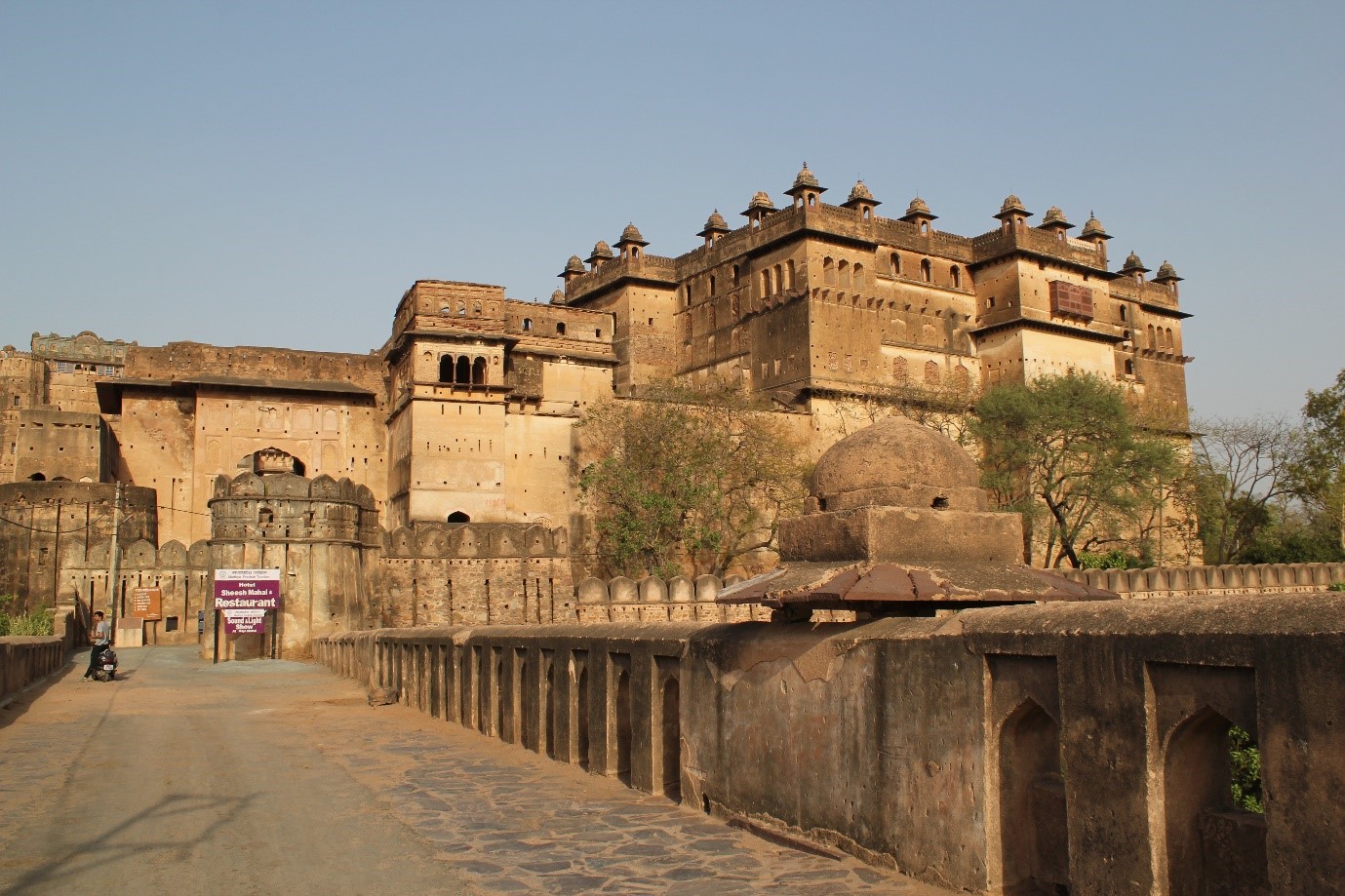 Orchha is a beautiful historical city in the state of Madhya Pradesh and is widely known as a place of pilgrimage for a lot of Hindus. This city with its magnificent forts, ever crowded mandirs (temples) and rich religious significance of its past kings, has facilitated an emergence of markets full of souvenirs and restaurants, with tourists flooding the streets to buy silverware or other Hindu idols of worship. The feeling as one walks around eating street food near the river banks and hear the mandir’s ghanti (bell) sound in the distance is really gratifying. One feels whole with the town around them, as the history seeps through the site of Jahangir Mahal, the Chatarbhuj Mandir, the Ram Raja Mandir etc.

We chose this place because of the abundance of cultural amalgamation you could find in and around the fort premises. Our walk started from Jahangir Mahal, where the symmetrical architecture and intricate design of a three story monument reinforced my belief in human ability and need to satiate aesthetic requirements, while of course keeping in mind the political and diplomatic purpose behind the building of this fort. This particular fort was as it name suggests, was built as an abode for Jahangir by his friend and a staunch supporter for his Mughal throne, Vir Singh. It’s said that it took years to convince Jahangir to visit the fort and sustain relations Vir singh deo, after years long battle.

We then proceeded towards Orccha kila, where every single chamber of Raj mahal told the story of how religiously devoted the Rani of Orchha was. The 10 avtars of Vishnu painted on ceilings, or the symbolic structures of elephants, or the direct view of Chatarbhuj mandir from the balcony of the fort. It was said that the rani used to pray through this open space every evening.

During the walk around the premises, we met several people who were also exploring the city and were fascinated by our endeavor,  as they could understand why we wanted to preserve the history of this town. While walking around the town, we were able to capture the essence of Orchha’s economy, which is largely run by tourism; the hard-working shopkeepers had adapted well to the opening of markets and learned to communicate in Bundeli, Hindi, and English.

In a world where heritage and society seem to exist separately, Orchha and its culture really bridges the gap between the two, as it’s revived everyday by the efforts of locals and the tourists.

Go Heritage Run is being organized in Orchha in October – goheritagerun.com/orchha