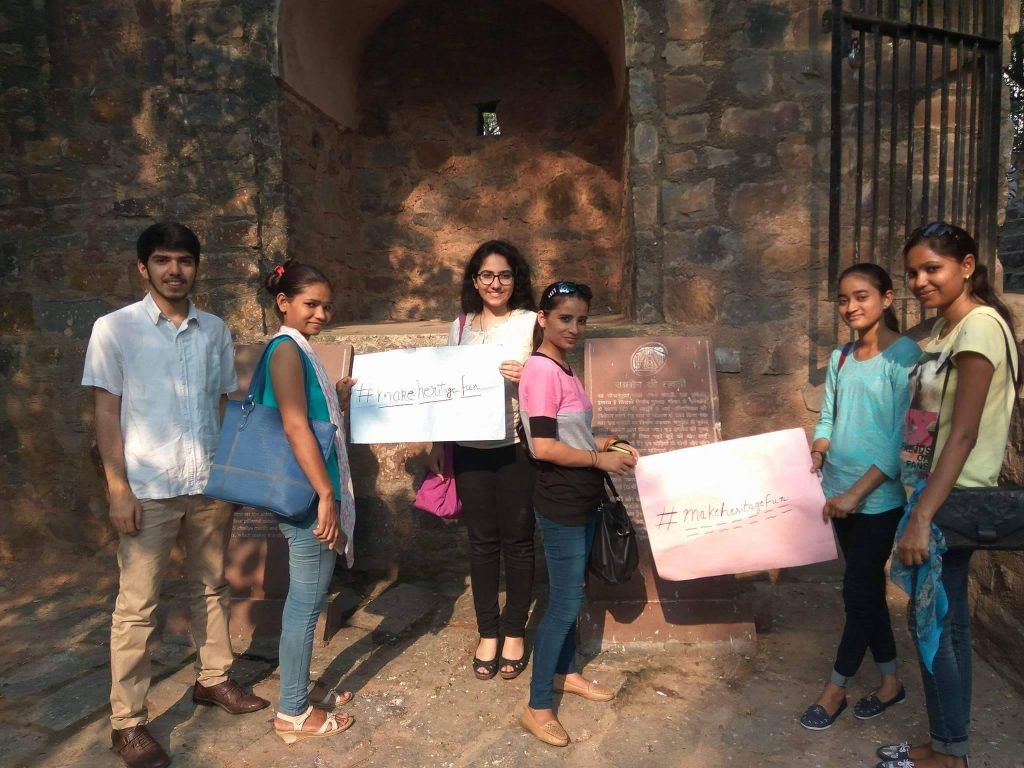 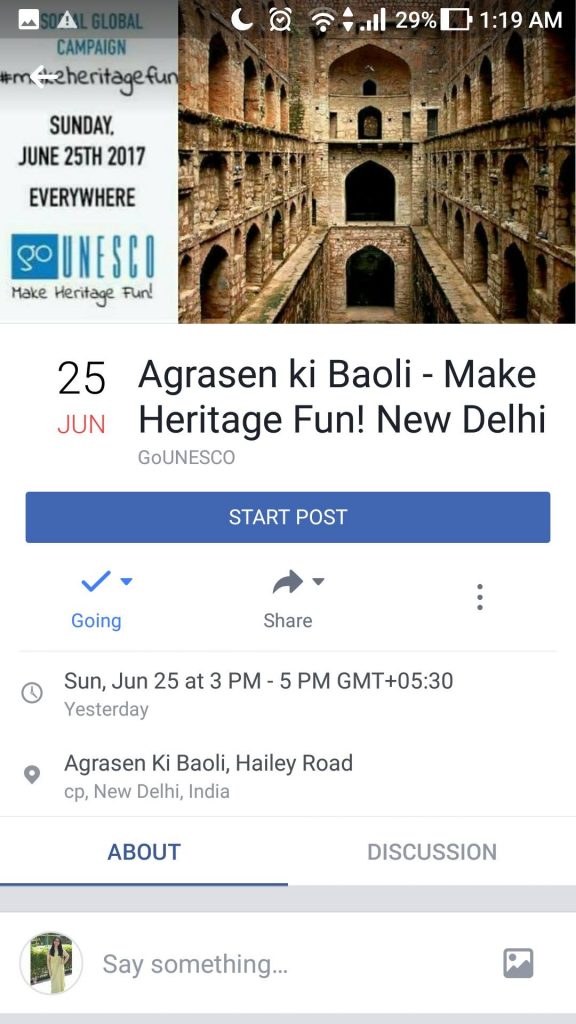 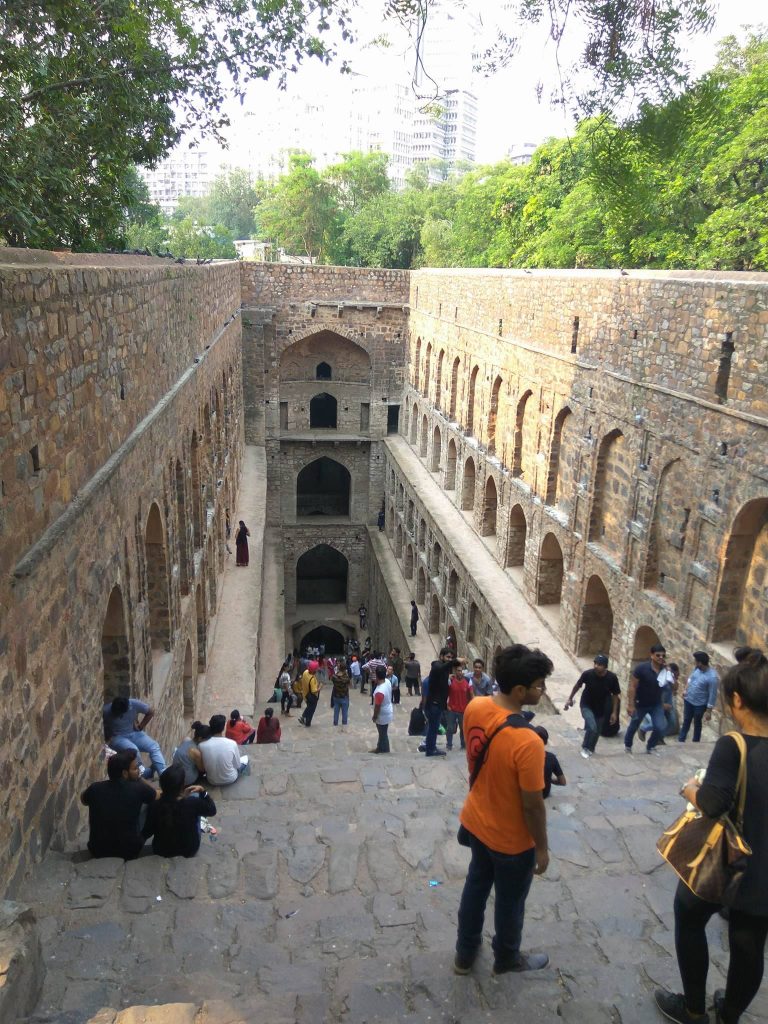 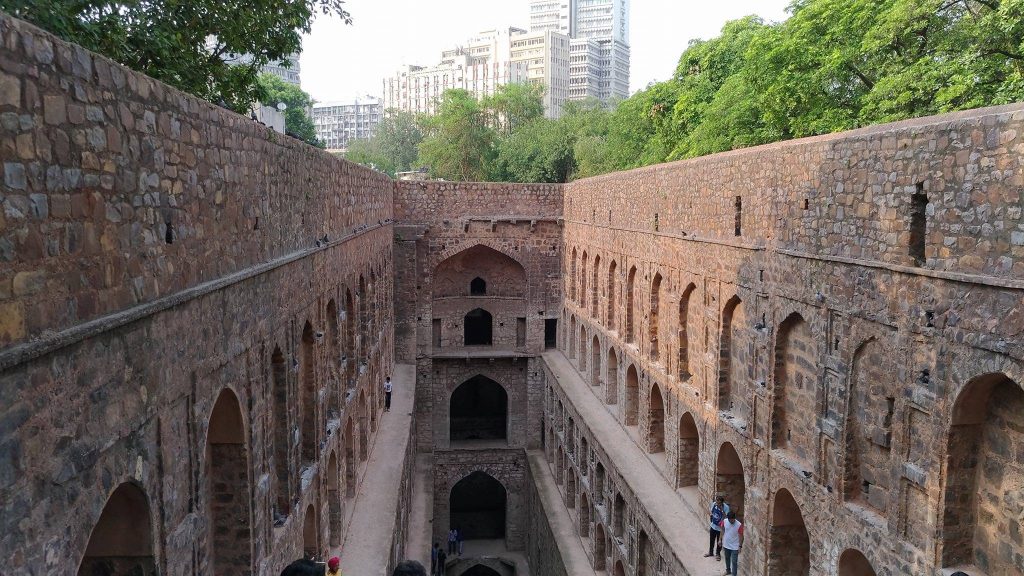 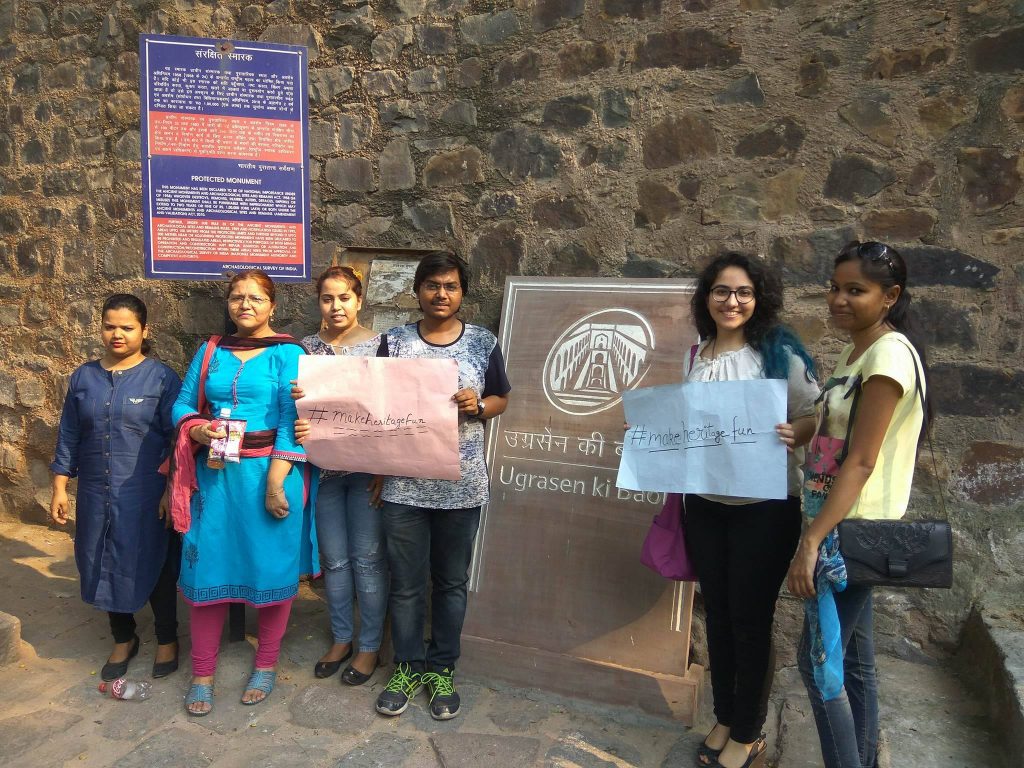 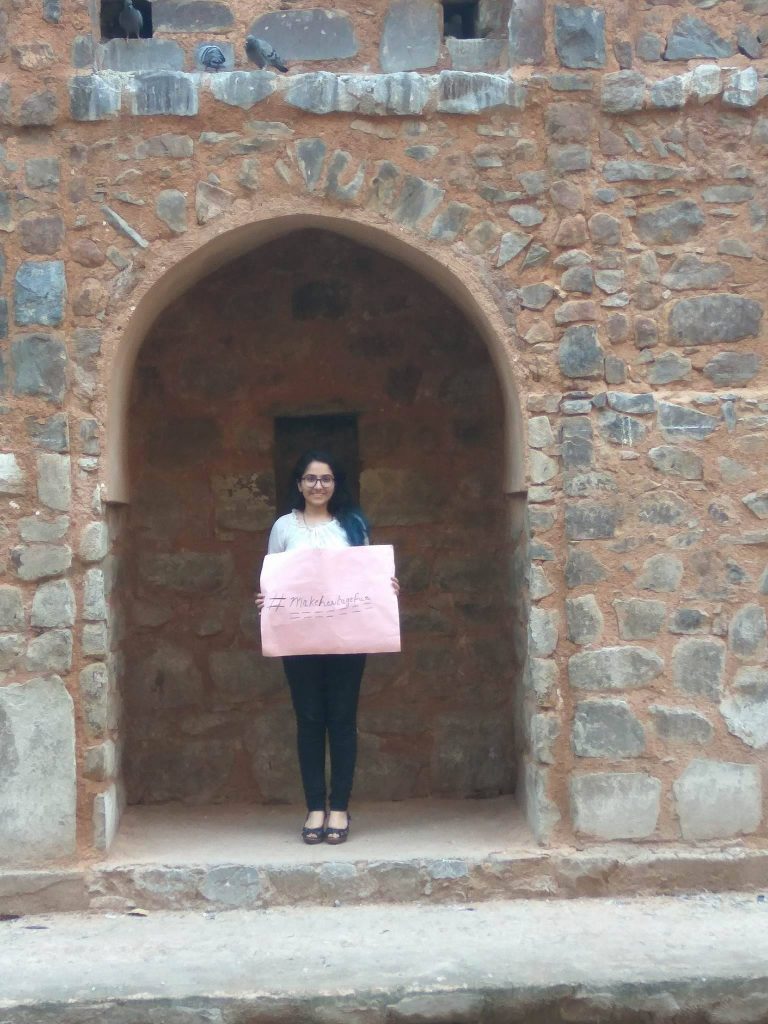 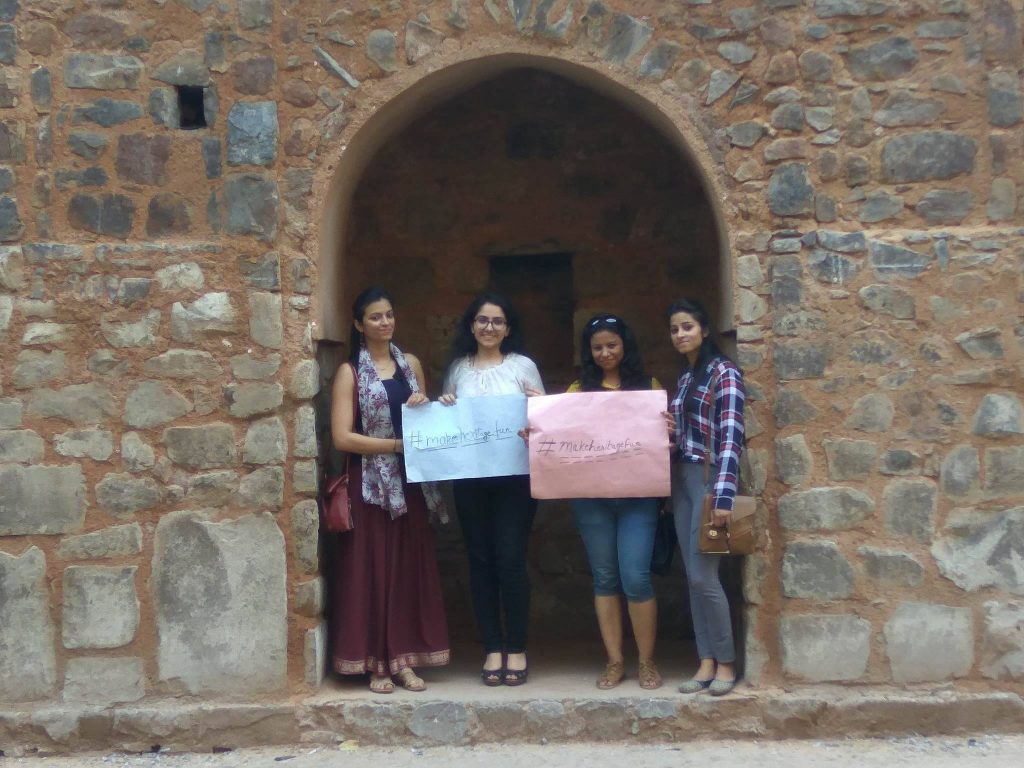 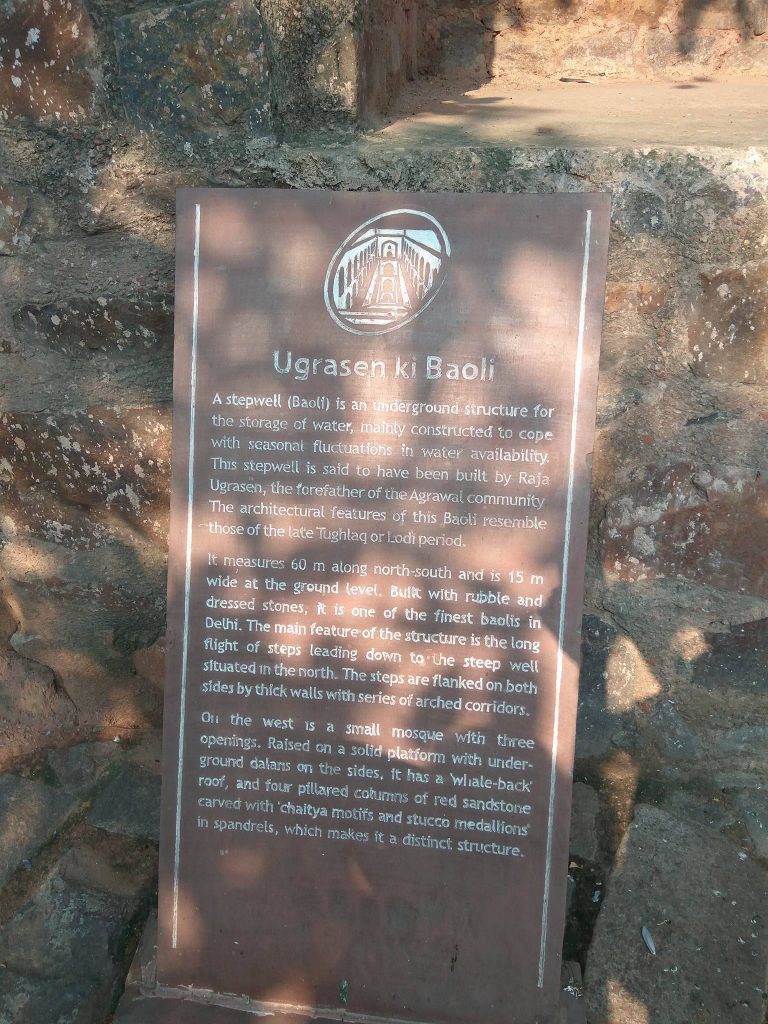 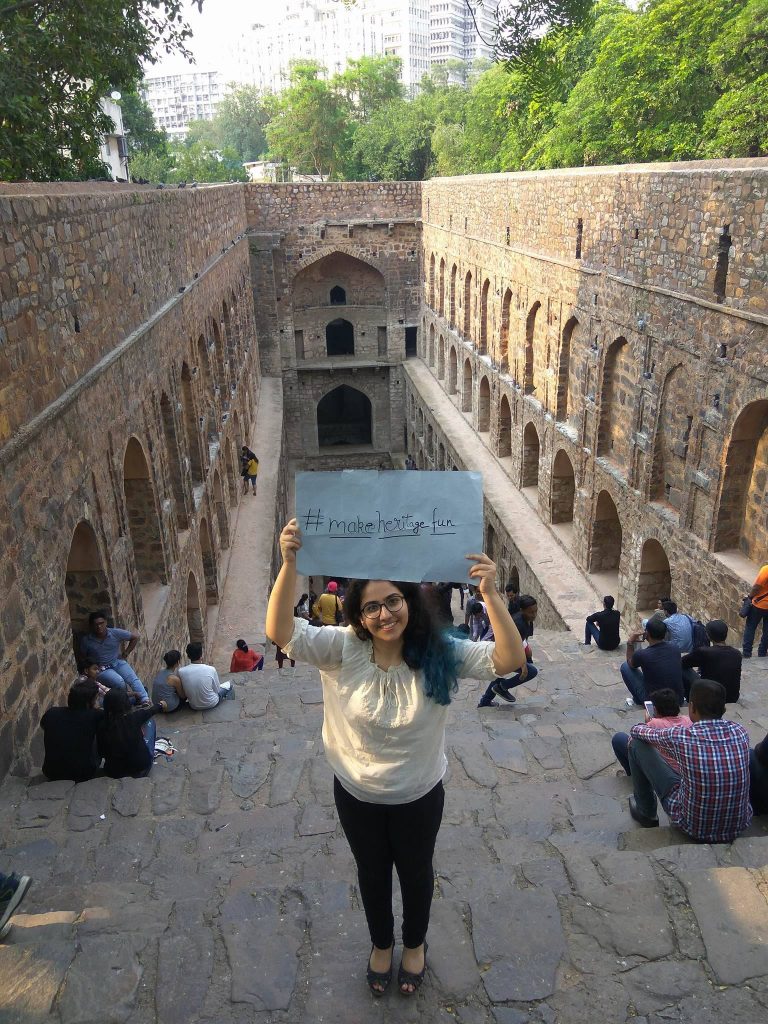 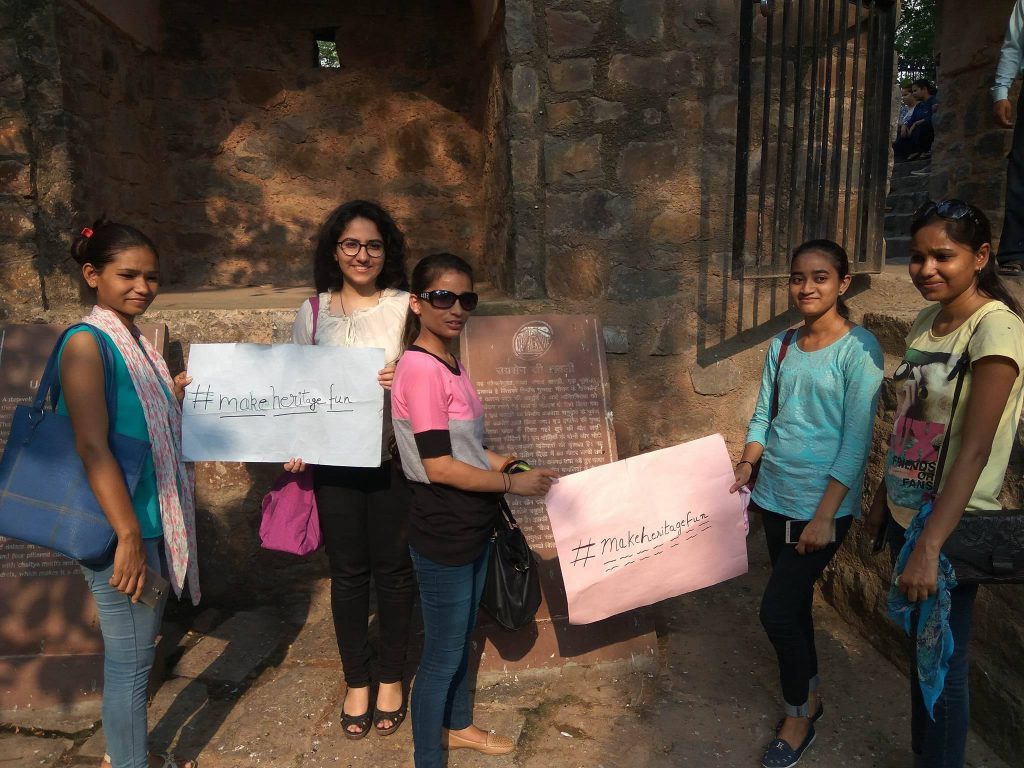 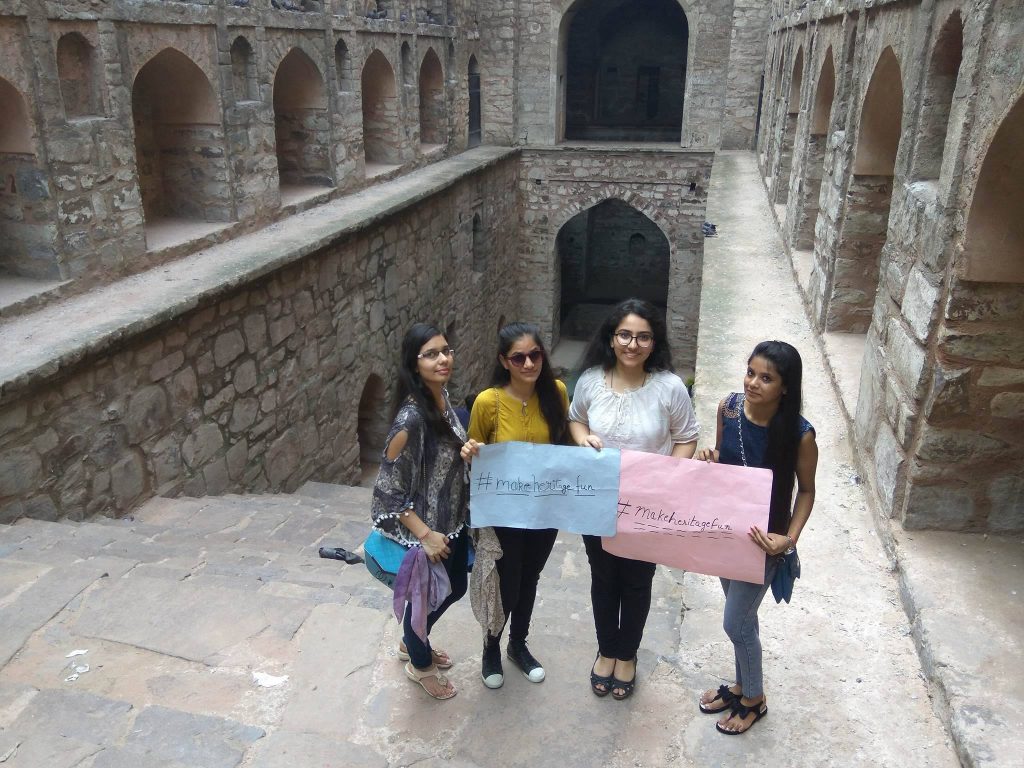 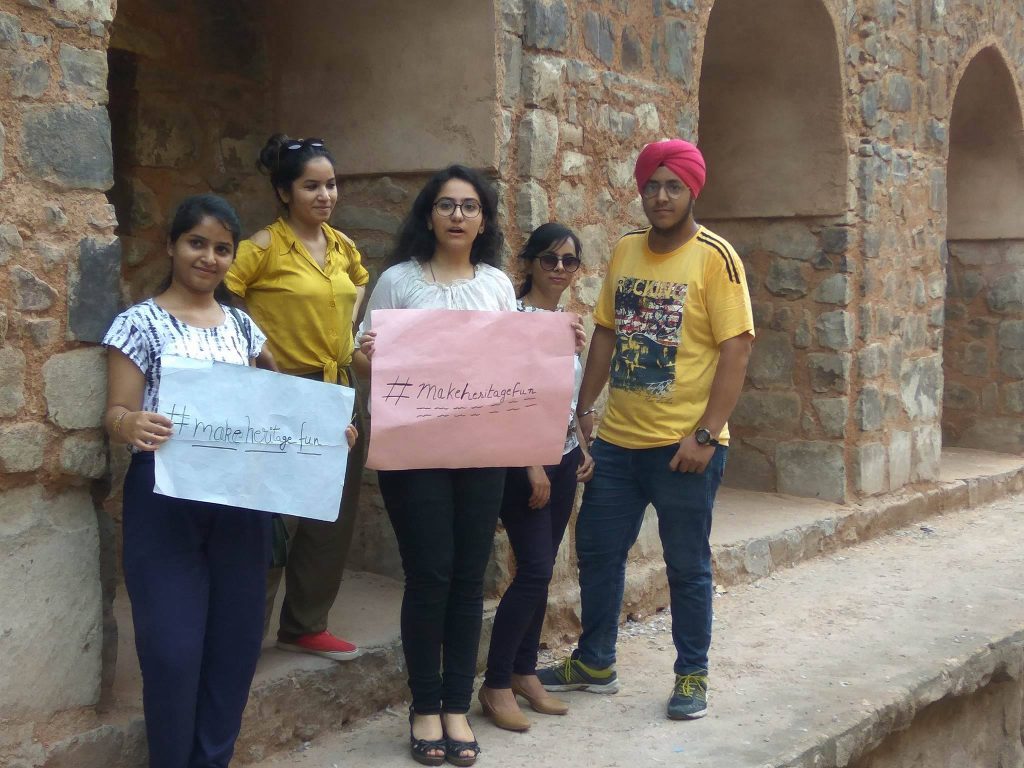 Delhi is a heritage city with a plethora of historical sites. One of these, Agrasen ki Baoli, is a historical jewel near Connaught Place. It is a step well with 108 steps, said to be built by Maharaja Agrasen in the Mahabharat era. I decided to organise the #makeheritagefun event at this baoli.

In addition to a source of water, traditionally baolis played the role of community places where people could meet.The Baoli serves the same purpose even now when there is no water.

It is a hub of college students and history enuthusiasts. The baoli is said to be haunted as locals suggest that people used to jump into the well and commit suicide. How much of it is true is difficult to say but this story sure lends the site a mysterious vibe to it.

There we made the visitors to the Baoli aware of the historical significance of this heritage site and connected them to the #makeheritagefun movement. I decided to creatively share historical facts about the baoli through storytelling. We felt that this activity would have the highest impact making heritage an enjoyable activity for people.

I collaborated with an intern at GoUNESCO and he guided me in organizing the successful event. Going forward with the event, we carried posters to promote the #makeheritagefun event. Many young enthusiasts participated in the event hailing from states like Punjab, Haryana and Sikkim.

Overall I felt that through this event, I was successful in engaging people and disseminating knowledge to them. All in all, it was a wonderful experience.

The idea of story telling was to engage people in an interactive session rather than a mundane event. We were successful in achieving our target and most importantly in making heritage fun.