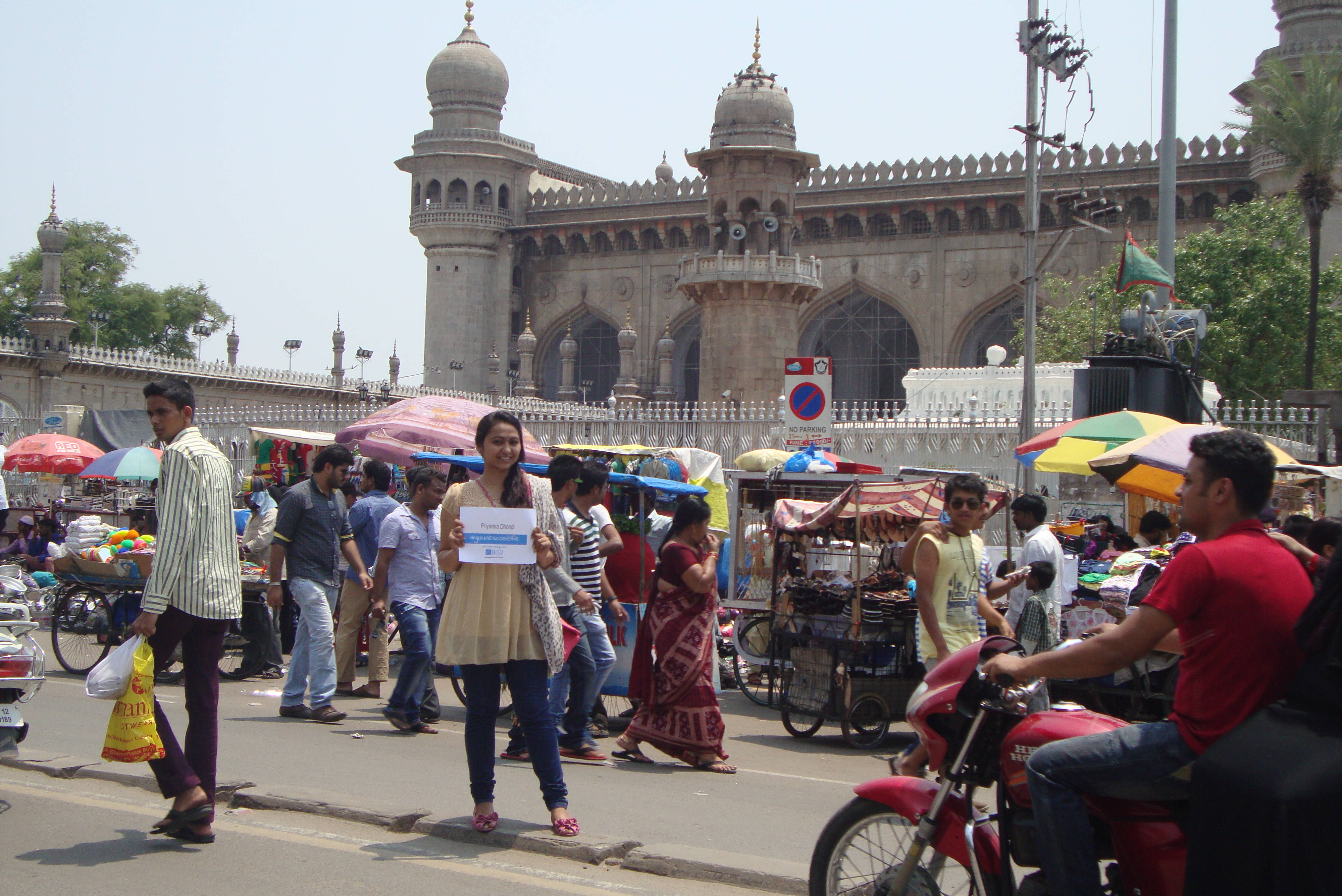 In the hot hyderabadi afternoon ,visited this monument  which is famous for many reasons.Though we were not permitted inside because of some restriction but I wish to go next time to explore the place .The mosque gave  a calm and soothing feel.