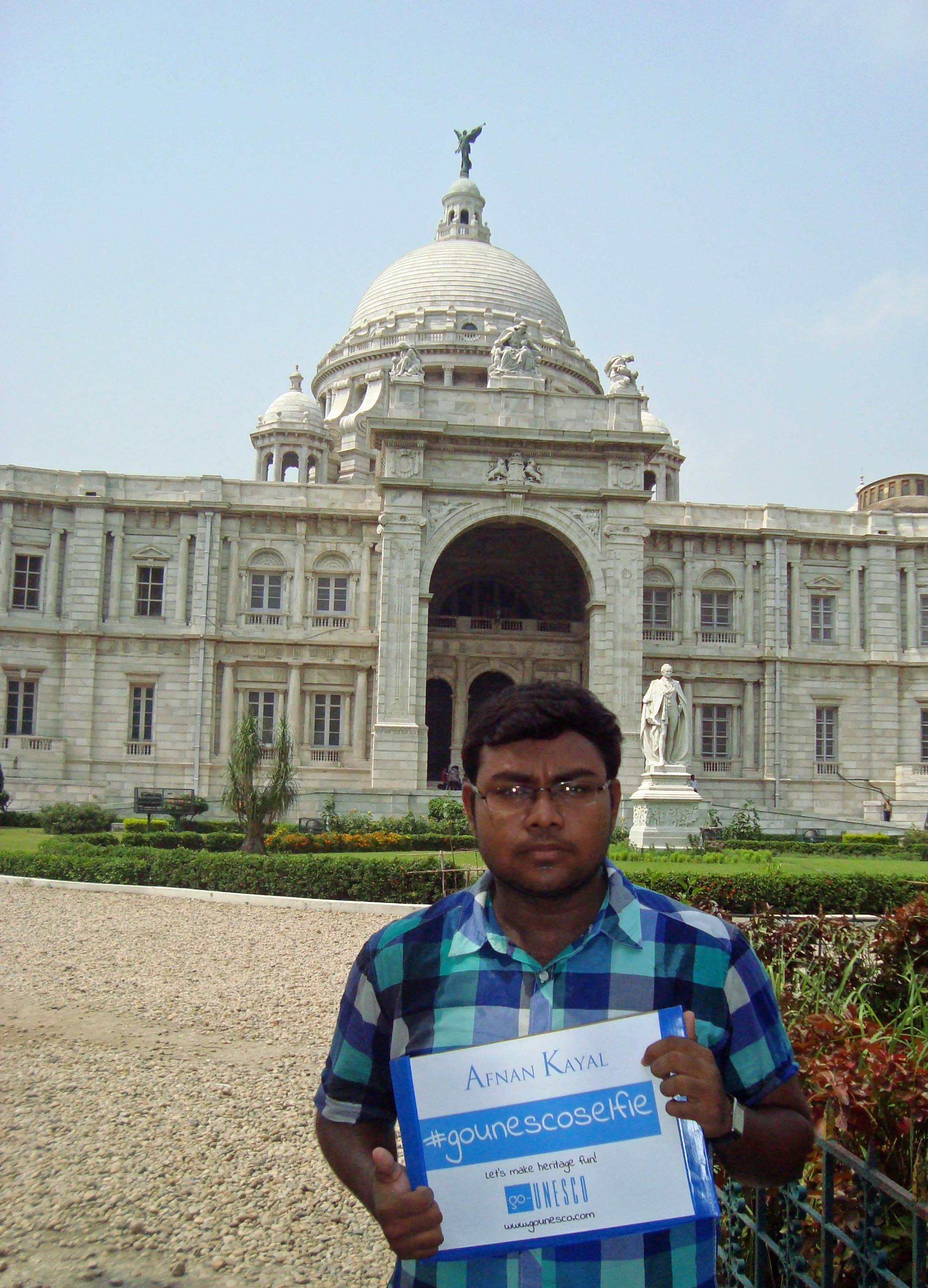 12-06-14,Kolkata:What a sunny day !  melting through out ! But yes GoUNESCO does make it happens and pulls me to the Heritage rather Memorial Heritage : Victoria Memoria, had an wonderful experience and actually a place which is historically sounded well in kolkata. Victoria Memorial, built in the memory of Queen Victoria, is situated in Kolkata, the capital city of West Bengal. The foundation stone of the memorial was laid down in the year 1906, by the ‘Prince of Wales’. Apart from being a memorial, the monument was intended to serve as a tribute to the success of the British Empire in India. Lord Curzon was the one who envisaged the main idea of the erection of the Victoria Memorial Hall, which was to serve as the architectural culmination of the Kolkata city. The Victoria Memorial was funded by the states of India, individuals of the British Raj and the British government in London. The top of the memorial stands adorned with a sixteen-foot tall bronze statue of Victoria. It is mounted on ball bearings and rotates with the wind. Presently, the Victoria Memorial houses a museum, where one finds an amazing compilation of the memorabilia of Victoria, paintings of British rule and other exhibits. The collection includes weapons, sculptors, paintings, maps, coins, stamps, artifacts, textiles, etc. The Royal gallery of the Victoria Memorial houses some splendid portraits of Queen Victoria and Prince Albert.the hall considered with a lot of paintings by Zohan Joffany as per as I recall !

The best part I met a  girl of my age with her mom from Bangladesh, they inquired about the paintings,construction,detailing,architecture,finance of the monument which I explained them and almost spent the time educating them ! They said “it’s like a replica of Taj mahal, almost similar by looks ”.and we debated and concluded that may be designs of both  the structures are same at certain places but they differ in relevance, interior arts ,timeline, cause of build, historical moments , at the end we were both satisfied.

I learnt that it feels proud and very nationalistic to explain outsiders about the heritage of my nation and helping history to  keep mark on their minds.