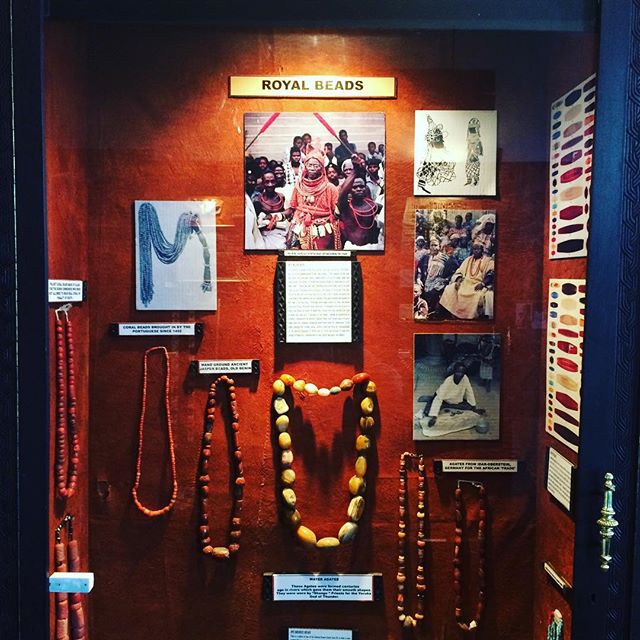 I decided to embark quite early on December 20th and visit the Murumbi African Heritage Collection in the capital city Nairobi. At 10.00 a.m I got on a bus outside my house and hopped with eager excitement as I was quite happy in anticipation to be visiting this particular heritage site (Nairobi does not have that many heritage sites) as I had always seen it in passing but I had never had the opportunity to visit up firsthand. I reached town at 4.30 in the afternoon and disembarked off the bus.I then crossed the stage and reached the Department of Immigration which was next the the building in which the African Heritage Collection was housed and asked for directions to the entrance as it is quite inconspicuous and almost unnoticeable to an observer’s naked eye.

I then met the clerk who ushered me in and asked me for proof of identification which I quickly produced(apparently there are different rates for citizens and non-citizens, with the former required to pay 150Ksh ($1.50) and non-citizens required to pay 1000Ksh($10US). I then slowly sauntered inside and began my quiet exploration of the site. I first entered into a room filled with African Calabashes and spoons. I was quite astounded to learn that these spoons that were encased before me were at least 1500 years old (I quickly left as this was not the adrenaline rush I was looking for).

Next up was the African Art collection. There were many ancient documents and antiquities that detailed African currency and the advent of the slave trade which I found quite interesting to look at. There was a picture of a blackbirder (English name given  to Arab traders who would steal young boys from their villages at night) and take them overseas to sell them in slave markets. The picture of that reality was quite telling. I could not help feel slightly relieved yet quite peeved that even though we live in a world with an abundant amount of freedoms, I struggled to come to terms with the fact that such an era in human history had existed.

Next up were the exciting bits. I finally got to see Maasai Warrior attire(one of my ancestors was Maasai by the way,my my great-great grandmother to be specific) but the most incredible part of it all was when I when I got to see the Malian Dogon Art. From a personal perspective I have to admit that this was quite the treat of the whole experience because I have deep and passionate interest in African Art especially West African Art, Mali being one of the cultures whose artwork I deeply admire and respect. The cherry on the topping was the Yoruban regalia especially the Yoruban Death Mask that I got to see full up front.

Other interesting and captivating parts of my journey to the Murumbi African Collection were the viewing the postage stamps that belonged to different time periods, such as postage stamps from Nyasaland and Rhodesia (the colonial names for Zambia and Zimbabwe). Another thing which I noticed was the canon outside the exhibition which caught my fancy. All in all, I must say I was pleasantly surprised.If you are in Kenya and happen to be passing through Nairobi get the chance to visit it, do so.

All in all I must say I enjoyed it. It is an experience that I would highly recommend.