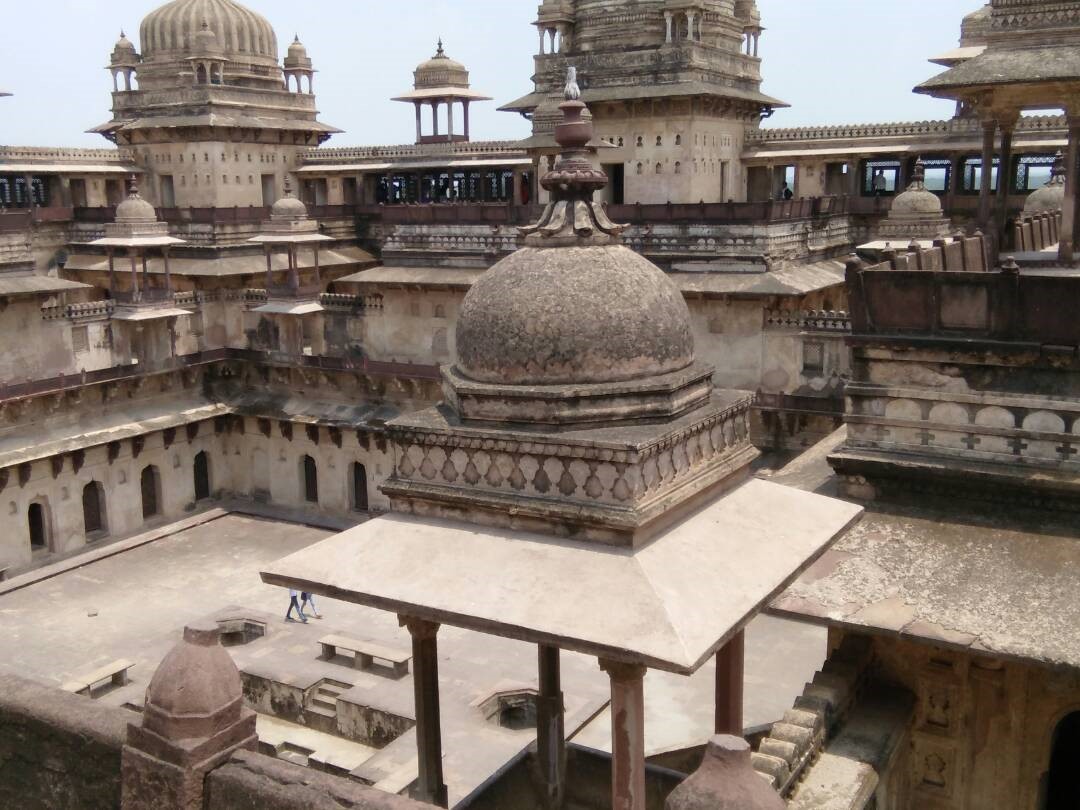 I find history extremely charming. The historically significant sites give us more than just a glimpse into the past; they show us the way men and women lived in those generations, their lifestyle, their cultural values and traditions and the shared bond, belonging to their community.

Thus I decided to explore the heritage and the cultural legacy of Jahangir Mahal and Orchha Fort in the city of Orccha on June 25th, 2017  for the #makeheritagefun activity. Visiting these heritage sites proved to be really enriching and helped us understand and engage with the history of that period.

Visiting Jahangir mahal and Orchha fort and seeing the construction and the architecture employed helped us to understand and appreciate the architectural genius of that time. Jahangir Mahal was built by ruler Birr Singh Deo in the 17century to commemorate the visit of the Mughal Emperor, Jehangir on his first visit to the city. The entrance of Jahangir mahal is marked by an artistic and a traditional gateway . The palace is a three-storied structure that is decorated by ornate hanging balconies, gorgeous porches and apartments. The domes were built according to Timurid customs .

We were awe struck when we learnt about how these places were built without the use of machines. The design, construction, intricacies and grandeur of these sites is unfathomable. We were all thinking the same question; “how can such the grand things built without using machine?” This was manual labour at its best . There were some interesting things and methods which we found at these sites such as the architectural technology used for sufficient cooling, sending messages to solders and residents of palaces, a beautiful passage for sun rays proved that even our ancestors possessed scientific knowledge .

To connect on a deeper level to the local culture, we interacted with the native community there and asked them about their lifestyle, the changes have occurred since globalisation, the eminent challenges that they have to face to preserve these monuments and inquired about their own plans of doing so.

During the final hours of our #makeheritagefun activity we engaged ourselves in photography and captured some beautiful details of the heritage sites. We also went on a food walk in which we tasted delicious local food and deserts like puri, bhaji and Indian sweets such as kalakand and peda.

The #makeheritagefun event in Orccha was indeed an enriching experience. I wish to extent a big thanks to the GoUNESCO team for coming up with idea of #mhf and giving me the opportunity and encouragement to visit and explore this heritage of great cultural importance. I also want to thank the people who joined and made this event a success.

Go Heritage Run is being organized in Orchha in October – goheritagerun.com/orchha

Rediscovering the Heritage in Hyderabad