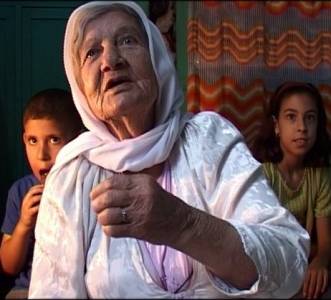 Did you know that UNESCO also recognizes certain practices as cultural aspects of heritage and works on preserving them too? This is the first of a series to posts to get you familiar with the cultural aspects of World Heritage. Do have a look at our Culture Challenge too.

Before television and mass media the major source of entertainment for children was a form narration of stories and folk songs by the grandparents. The Palestinian Hikaye is a similar form of narration told by women to other women and children which has evolved over the centuries.

This could be easily termed as a feminist movement since the tales deal with real concerns of Middle Eastern Arab society and family issues. Hikaye generally offers the critique of the society from the women’s perspective and usually describes women stuck between desires and duties. Also, men were rarely part of these narratives since it is considered inappropriate!

The tales narrated in Hikaye are generally in Palestinian dialect and usually told during cold winter evening spontaneously at a convivial events attended by a small group of women and children. The expressive power of narration lies in the use of language, speech, rhythms and vocal inflections and ability to capture the attention through body language and facial expressions to take the listeners into the world of imaginations and fantasies of the narrator. Hikaye relies on verbal mannerism and the language forms not used in general ordinary conversation.

Almost every elderly woman is a Hikaye teller and the tradition is carried from one generation to other by the elderly women. Hikaye is an amazing tradition which keeps the child informed about the social issues and helps children imagine and think. Despite the current political unrest, few elderly women are trying to keep the tradition alive through their narration.

This is definitely one of the most interesting and progressive aspect of World Heritage that we have come across. So, have any of you ever witnessed a Palestinian Hikaye in progress?