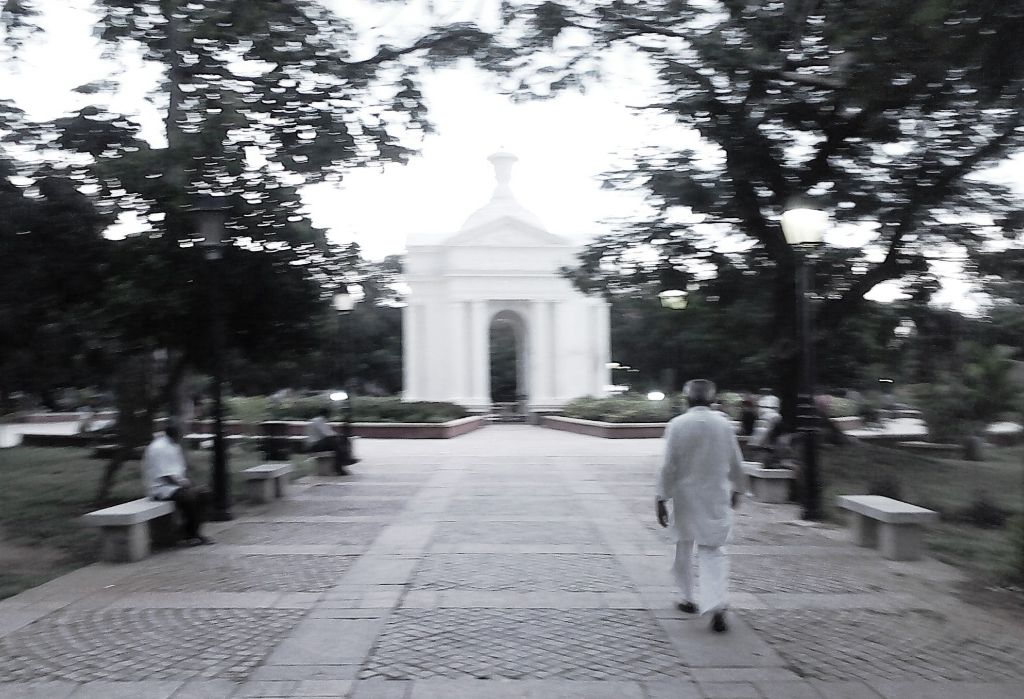 A short Introduction about park monument at Pondicherry. It is one of the ancient monument located in the central part of the Pondicherry near to rock beach build by Napoleon 3. It is white in color and represent a unique blend of french and roman architect. This is the introduction that I know about it till I talk to the locals, and challenged that only few know about its real history and it is very interesting as described below.

I meet few local there, they brief me the history of it as below:

The story starts with the ruler Krishnadevaraya, who use to rule the southern India. One day with his army, he was on a leisure mode and travelling. On the way he was attracted to a architecture and started bowing to it as it was a temple or a place of warship. Seeing this local started murmuring and king came to know about the fact that it is not a temple but a Brothel house. He got angry and asked army to arrest that brothel(Aayi) and present before his kingdom session. Their the king/ruler ordered to destroy that structure. Hearing that brothel requested that she has a soft corner for it, so forgive her. But king was ad amend to his decision so she request that she will destory it by her own hands. After that she broke it and build a water tank for people, which is presently known as “Aayi Kulam”.
There after ruling change and french ruler Napoleon 3 came and ruled their. he came to know about this place history and got impressed. So he invite his special architect and build a monument in her(Aayi) respect. This monument is presently known as “park Monument”. Hearing that I am also got shocked and speechless for few minutes !!!

There after I try to figure out why this place losses its attraction and found my result in this following points:
It is just an ordinary park for traveller from metro cities
Lack of Maintenance
No entry fees
No special attraction
Presence of other historical importance places in surrounding

On further analysis, I found that :

As a conclusion “Presently Park monument at Pondicherry had lost its attraction but proper step can increase tourists foot at the same time it will generate a good revenue for the government. Also this may generate some employment for the locals”

Visiting the Tomb of Bahlol Lodhi