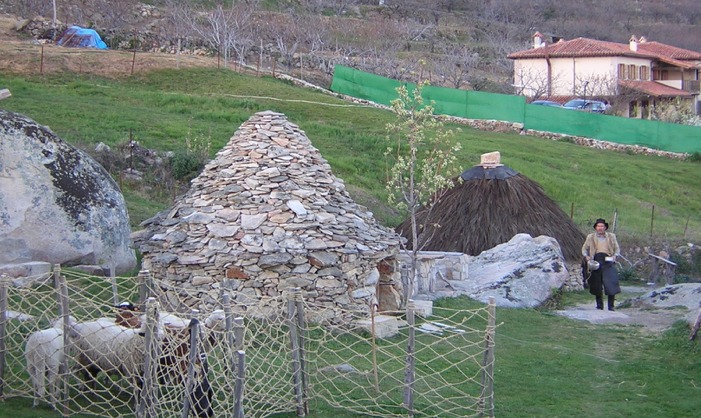 A hut is a house built with mud (or clay) and often covered with fronds (Raffia, or palm). It is a place of dwelling which may be constructed from various local materials, such as wood, snow, ice, mud, fabrics, hides, grass and branches and palm leaves. This type of building existed largely in ancient times but now seem to be more concentrated in the rural areas of countries (especially in Africa) and in nomadic settlements. The hut normally comes with various designs, inscriptions and materials depending on the African culture and people involved.

This building is highly cherished due to its ability to regulate ambient temperature. This is because it is designed to dissipate heat, and often made to facilitate high airflow configurations. Clay is the main material from which huts were made, and they were largely used to cool and preserve perishable commodities in ancient times. The clay from which huts are made have great potential. This arises due to the high concentration of minerals which have healing powers. They are used for the treatment of bone fractures even till date in traditional orthopedic medicine.

The hut in the Western world is used to refer to a wooden shed that can be wired for lighting. Although raffia technology has been criticized in recent times due to the inability to use electricity, it is observed to be used as a framework for several spaces for relaxation. They have also been used in storage, by shepherds. Huts have been acclaimed to play a societal role in Africa. They encourage a circular sitting pattern in homes. Usually, a fire is set up to warm up the area and allow everyone to feed off of the heat supplied.

Discovering the city of York

The ‘Tree of Life’; Breadfruit