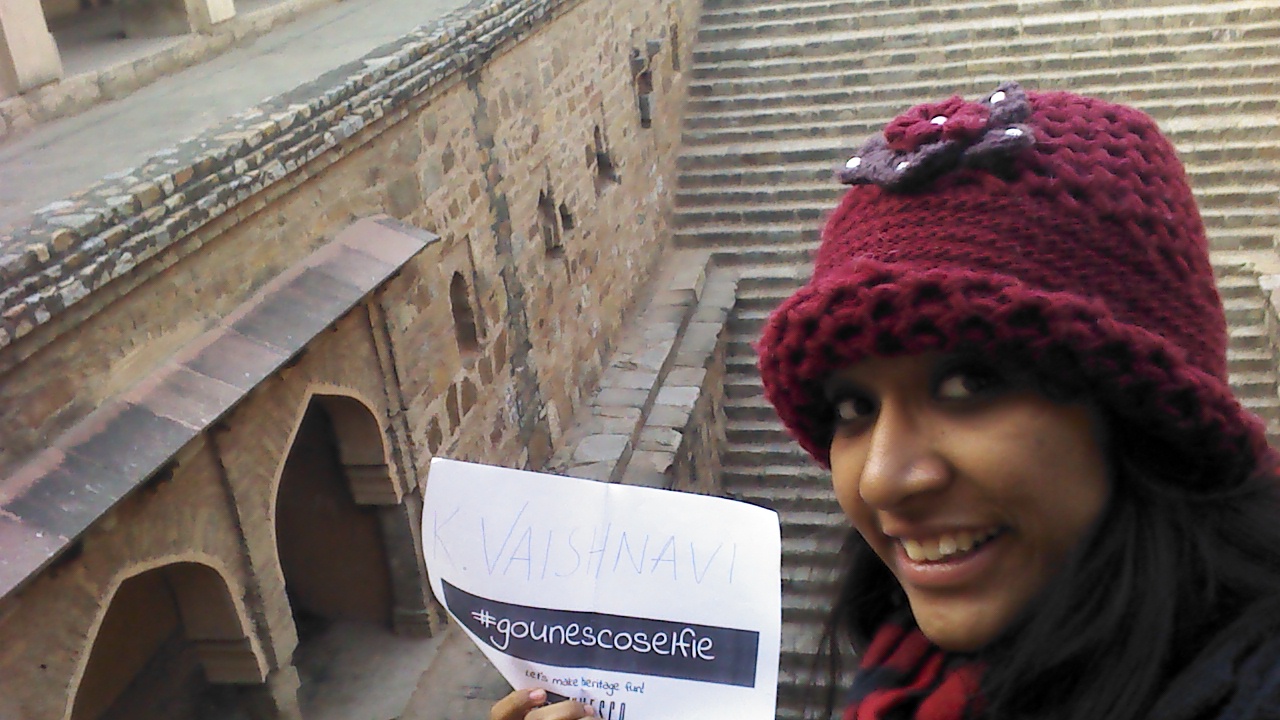 A visit to Qutub Minar is on the must do list of any tourist who visits New Delhi. But few notice what lies around the feet of the tall structure — a village that is home to all kinds of architectural experiments since the Slave dynasty.-Economic Times

It is always a pleasure to explore your city, and its even more exciting if the city is dil walo ki dilli. Delhi, the capital of India promises to engage and lure you towards it with its rich heritage and culture. An amazing amalgamation of urbanization and the relics of the past greet you across this city.

One can experience the shades of Indo Islamic architecture across various parts of the city. During one such explorations of mine I happened to visit the the oldest populated region of Delhi- ‘ Mehrauli’. Enshrined within the periphery of Mehrauli, is the Archaeological park which encloses a rare sight of 80 monuments. Each of these monuments has its own legacy and interesting anecdotes. Many local fables will draw your attention towards these monuments and will make their own place in your memory lane.

Located amidst these fascinating structures is the Rajon ki Baoli – a respite, a beautiful escape into the rich glory of the past. A Baoli is a step well, a fusion of brilliant architectural expertise and artistic sensibilities.

It’s interesting to know that the Baolis were built to collect rainwater during the monsoons and allow people to access the receding water through the year. The typical Baolis have a subterranean shaft with descending stair case that leads to a pit where water is collected. These step wells also have a well in the rear part and served as an amazing place for socializing especially in the scotching summer heat .

During this exploration of mine, I could feel a mesmerizing aura when I entered the Archaeological Park. It is amusing that a place so inconspicuous wrapped many tales of the past and untold revelations. After taking a few turns along the paths scribbled by history, there I stood in front of a deep, majestic structure, THE RAJON KI BAOLI.

The RAJON KI BAOLI is a three-storey structure with impending walls on three sides and a small water collecting structure in the centre. The Baoli’s magnificence has more to do with the sudden thrill that one experiences on entering the small enclosure that makes up the circumference of this Baoli.

The Rajon Ki Baoli was built during the reign of Sikander Lodhi by Daulat Khan. An interesting anecdote is that this step well was named after the masons who built it and was even given away to them.

The first impression you get of this Baoli is of a medieval courtyard surrounded by many pillared verandahs, arches done in a stylized fashion peculiar to North India in the 16th century. The uniqueness of the Rajon ki Baoli is that until you actually climb or descend the stairs, you cannot guess the number of steps. The walls also have many niches, the smaller ones were probably used to keep the diyas (earthen lamps) while the bigger ones with arched shelters were used by people to sit and enjoy the beauty.

One can enjoy the beauty of Islamic architecture with hints of Hindu engravings and geometrical designs (rangolis as they are called in Hindi), a testimony of the Hindus masons who built this structure for their Muslim rulers. It is beautiful to see how the word “allah” is included in the intricate Hindu architectural designs.

The architectural brilliance is evident in the way steep staircases on the either side of the Baoli lead you to the mosque. Another twin pair of staircases inside the structure help you to go up and down the floors.

The mosque is situated right atop the Baoli and a small structure outside the mosque is called the “barakhamba”  or the twelve pillars. The mosque is a victim of isolation today but one can easily notice the vibrant blue floral work on the top of this dome of the tomb outside the mosque  between the dull, neutralizing colour of the Baoli  and the other monuments. There is an escalated structure under the dome, which the locals prefer to believe to be a    grave of one the ministers of the Lodhi Empire.

There are some scribbling on the walls of the mosque, most of which is believed to be Persian poetry. Another belief is that probably a Madrasa ran here in the and the writing on the wall is a testimony to the fact that the teachers did not exert themselves too much, a story that echoes in many schools even today.

One can enjoy a complete view of the Mehrauli city with patches of brown here and there and the monuments from the floor above the Mosque.

The step-wells are a marvelous example of the excellent city planning that our ancestors possessed. It is unfortunate that out of the 100 Baolis that were built we are now left with a bear 15. It’s a clarion call to the city dwellers and to the authorities to carefully pass such structures to the future generations instead of seeing them just as subjects of history. It calls for recognizing such structures as important part of our heritage.

Such structures have been passed to us as a part of the legacy of this diverse country .Sadly, people are not aware of the prestige these priceless riches hold, until we take responsibility and make them realize, that this heritage is our identity and must be protected because at the end It is not the honor that you take with you, but the heritage you leave behind. The time has come that “we” the youth come together and resume this voyage with a new energy. The voyage of making heritage fun.

For more, you can refer to this PowerPoint made by K Vaishnavi:

Gateway of India – Wondrous to behold !