Clouds formed as I walked down the streets of Nairobi. Accompanied by my SONY HD camera, I felt lonesome yet an anticipation of excitement and fun lay ahead. I smiled as I pictured the ever still trains, that continuously painted our city “Rich in Heritage”

Nairobi Railways Museum was the place.

Prior to the event, our social media pages had buzzed a mood of “make heritage fun”.

I was looking forward to meet new people, faces and personalities. Probably new friendships would be forged (and they were)

I walked in, paid for my ticket. At the reception, I took a moment to swipe the room of what it held. The place itself was a den of heritage. It held words, articles, machines and pictures of how the railway transport came to existence in Kenya. I was surprised to see utensils and furniture the queen of England – Queen Elizabeth used during the commissioning of the Railway project. Just a few meters from the Queens’s seat, stood a picture taken in the during the construction of the Tsavo Bridge. The picture summarized the menace of the Man Eating lions of Tsavo that almost brought the construction of the railway to a halt in 1896.

My ticket was handed to me and I made my way to the train yard.

I took pictures as I read the notes pinned by each train, giving a short history and a summary of how Kenya was during the train’s operation.

After a whole tour of reading historical notes and seeing historical machines, at that point, I drew an understanding of who I am as a Kenyan. Here stood generations of heritage yet, never had I paid attention to the rich culture we have, nor had I dared to understand what makes us Kenyan. Trains that Britons rode, their makes and how each decade saw a change in the type of train. Lions that basically, brought an amusement of how they could destroy what man can build.

This were trains explained a whole century story. A whole tradition since 1880 was engulfed in a “forgotten museum”

As the sun destined to set, I met other Heritage enthusiasts and we decided to gather in an art gallery called “dust depot” within the museum. We played short games, socialized and shared on what we learnt. What was clear from each participant were; “Kenya needs an identity – we need to keep our heritage”. As the words were mentioned, I could see hope, the hope that we will achieve our identity. 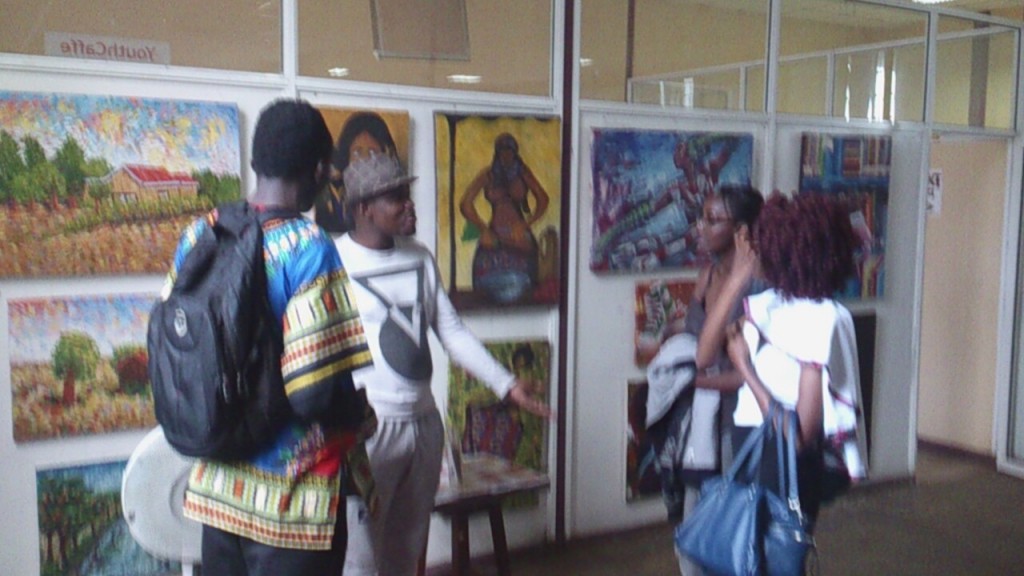 Before I end. I would like to mention words from Patrick Mukabi. Patrick is roughly 45 years old, and he is the owner of Dust depot. He expresses his heritage by art. With many paintings on the wall, and the much artists he has mentored. He had a simple advice to Kenyans; “To find their identity and stay true to themselves”.