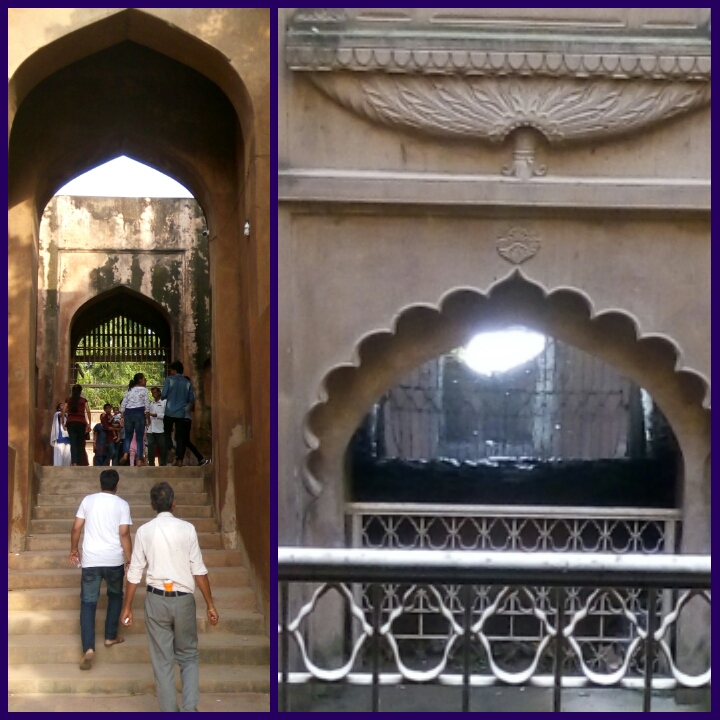 Shahi Bouli is one of  famous attractions as it is  present inside the premises of the Bara Imambara, Lucknow. It is said to possess the treasure of king Nawab Asaf-ud-Dawlah.

This Shahi Bouli was first part to be built. It is said to have been constructed in such a manner that the water present in the well was connected to the river Gomti. It is definitely super deep. It contained water at all times in the year. The other marvelous parts like the Imambara, the Asafi Masjid, Rumi Gate were built later on with the help of the water provided by the well.

It is said to have been connected with the treasure of Nawab’s of Awadh, stored in the walls of the Imambara.

As the Britishers approached to City of Nawab’s, the Nawab at that possessed a lot of treasure: the golds, silvers (also called as the chandi mahurak), and other precious ornaments.

So, they hid all of the treasure inside somewhere of the monument, in one of the places either in the tunnels or the somewhere in the walls of the Imambara(No one knows, where it is!). Thus, the map leading to the treasure and the keys of the treasure were thrown in this well of Shahi Bouli by the treasure keeper of that time, Mool Chand Rastogi. He later has told to have performed suicide.

The treasure was never found by the Britishers. And, as they got lost in the confusing walls of the Imambara, which they named Labyrinth.