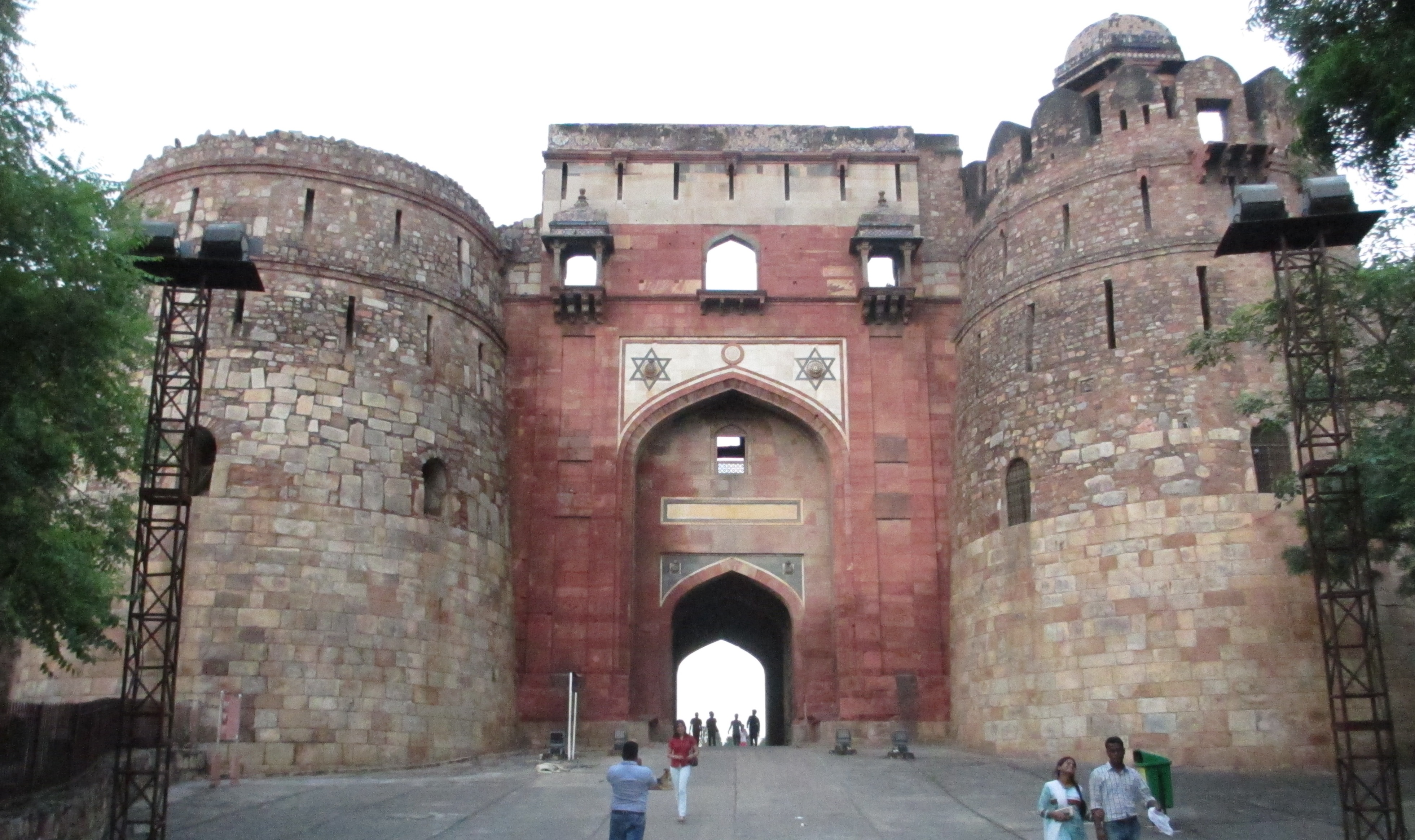 The bus drops you at the Delhi Zoo’s bus stop, situated on the heavy traffic ridden Mathura Road, you won’t miss the longstanding Old Fort or Purana Kila as it is popularly known. At the eastern end of the city near Dargah Nizamuddin and Humayun’s tomb, turning into the lane that leads to the zoo, surpassing the entire din of cars and traffic lies this sixteenth century old stone fort. The Purana Qila was once the center of power for the city of ‘Dinpanah’ built by the second Mughal ruler, Humayun in 1533 A.D.

A few meters on, the western gate or the ‘Bara Darwaza’ to the fort stands in an aging welcome. There are two other gates to the — northern and southern gates — called ‘Humayun Darwaza’ and ‘Talaqi Darwaza’ respectively.

Delhi is a city which has had a continuous history of human settlement dating as far back as 300 B.C. Dynasties rose and fell. Kings (and queens) came and went by; one capital was ravaged and a new one was built. But Delhi was always the centerstage for politics. For this reason, the history of Delhi is often understood as a series of seven historic cities. The earlier cities including Purana Qila were those of Qila Rai Pithora, Mehrauli, Siri, Tughlaqabad, and finally, Shahjehanabad where the Mughal Empire concluded its rule.  ‘Qila’ is what a fort is called in Urdu. It is the royal residence from where a king conducts his business. The city was fortified with high walls to keep the enemy at bay.

However,much of the gates and walls of the fort are in a state of ruin today.

The walls of the fort cover the distance of about a mile. Running along the wall towards the north, you will come across pillar stubs and broken parapets which lead to another one of the gates, if you can walk across a wall about one foot wide with stones protruding the surface.

The building of the Old Fort represents an important transitional period in the medieval history of India. It was the first Mughal capital. When Humayun laid its foundation, the Mughal era was still in its nascent stage. The characteristics which later defined the Mughal Architecture can be seen here in their early form. Its importance was first realized by the British rulers of India who made sure while shifting the capital back to Delhi from Calcutta that it aligned with the Kingsway (now Rajpath). In order for the conservation work to begin, the monument was first evacuated of a whole village staying within its walls. The objective for doing this was that it would appease both Hindus and Muslims. Apart from being the capital during the Islamic rule in India, it is also purported to be the site of Indraprastha- the ancient capital city of the Pandava brothers mentioned in the book of Mahabharata, a Sanskrit epic of ancient India. There have been many excavations to study the veracity of the same.

This single domed mosque known as Qila-e-Kuhna Masjid was built by Sher Shah Suri in 1541 A.D. It’s a five bay mosque with five arched openings. The architectural style departs considerably from its predecessor Sultanate period. The rectilinear hall inside is also divided into five sections through five major arches. The decorated niches and the intricately carved central ‘Mehraab’ (recess) in the ‘qibla’ (west) facing wall are its other features.

This octagonal Red Sandstone structure decorated with white marble was built by Sher Shah and is named after him. Every side of this two-storied building has arched recesses. It is conjectured to have been built as a pleasure house. It is this very same building which Humayun used it as a library. and from the stairs of which he fell and died, on hearing the call for prayer.

These ruins are all that’s left of the Hammam that used to be the royal bath during the Mughal rule. This structure was found buried under newer constructions when the village inside the fort was evacuated.

The Baoli or Stepwell

The historical scholarship is divided as to the real authorship of the fort. Merely five years after ordering the construction of this capital, Shah Jahan was temporarily deposed by Sher Shah Suri, the afghan ruler. He established the Sur Dynasty, but Humayun recaptured the citadel in 1555 A.D. after about fifteen years. Many historians, however, agree that while Humayun laid the foundation of the fort, Sher Shah added a few structures including ‘Sher Mandal’ which was used as a library-cum-observatory. It was completed by Humayun, on his return to Delhi.

The fort also houses a lake where boating facility is now a major attraction for people. There’s also a sound and light show in the evening which tells us about the historical importance of this place.

Sunset is the time when the fort gets closed for visitors. As the guard sends a warning whistle into the air all the couples huddled behind trees and walls or reclining in the gardens bid goodbye to this place for the day. It’s time for these aged walls to rest.

Gnesina la fornara: A Taste of Heritage in Terracina

Built Vernacular Adaptation During the Westward Expansion in North America