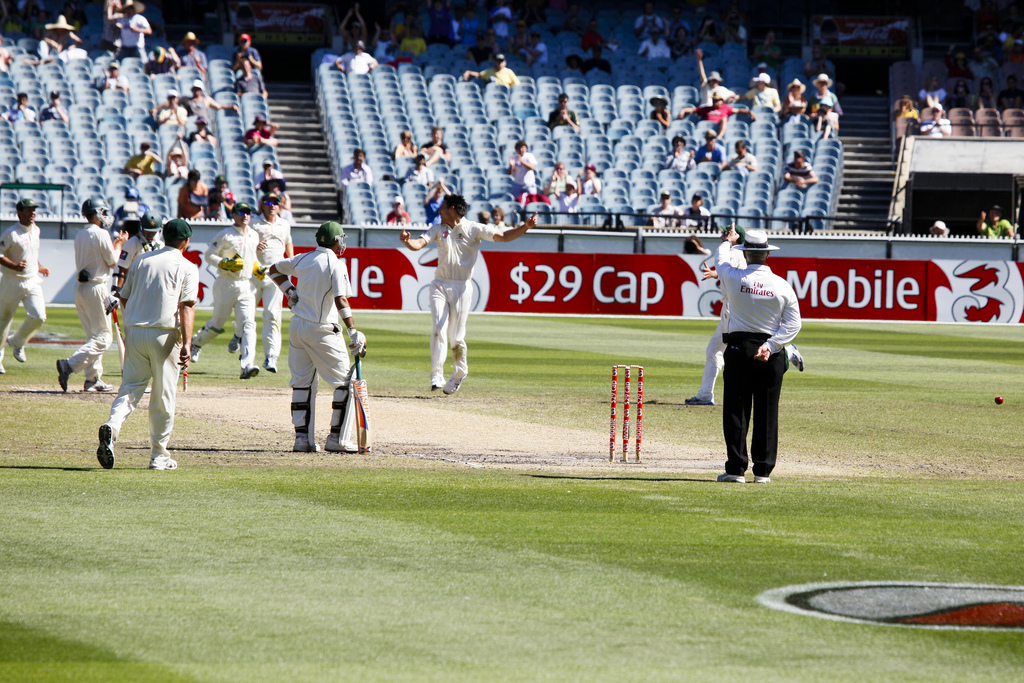 The story of the MCG starts with the formation of the Melbourne Cricket Club in 1838. The club moved its home ground to its current site on September 23, 1853 when Governor La Trobe gave a certificate of permissive occupancy. It became known as the MCG, and is still at that same site over 150 years later.

The first Members Pavilion was built in 1854, and could seat just 60 people. Since then, dozens of grandstands have been built, demolished and modified. The MCG is unrecognizable from its former self, but its significance remains the same.

The Melbourne Cricket Club is still responsible for the MCG to this day. It is the largest sporting club in the country, and members can sit in the Members’ Reserve and have access to most events held at the MCG. If you want to become a member of the Melbourne Cricket Club, you are in for a long wait. Around 250,000 people are currently on the waiting list. Many Australian children are put on the list at birth, and still have not received their membership by their thirtieth birthday.

As it was formed by the Melbourne Cricket Club, the MCG’s longest association has been with the sport of cricket. It was the site of the first cricket match between the colonies of Victoria and New South Wales in March 1856, and hosted the English cricket team the first time they came to Australia.

Today, the MCG is home to the annual ‘Boxing Day Test’, starting on December 26 every year. It is considered a tradition in Melbourne to spend the day after Christmas, watching the match on television or live at the MCG. Every four years, the match forms part of the famous ‘Ashes’ series played between England and Australia. Attendance at the last Ashes Boxing Day match, in 2013, was 91, 112 in just one day.

The MCG also currently holds the record for the largest crowd at a cricket match, 93,013 at the 2015 World Cup Final between Australia and New Zealand.

Despite its name and strong links to cricket, in Melbourne the MCG is probably more associated with Australian Rules Football (AFL). The sport was created in Melbourne, and remains most popular in Victoria. In fact, the AFL was the Victorian Football League until as late as the 1980s, when it started expanding to accommodate other Australian states. This history also accounts for why 10 of the 18 teams in the current league are based in Victoria, and 9 of those in Melbourne. If you visit Melbourne in the winter months, it will be hard to escape the onslaught of AFL, as people walk the streets in their team colors and news broadcasts are dominated by the latest match updates.

Every year the Australian Rules Football Grand Final is played at the MCG and usually sees over 100,000 people attending and over 2.5 million watching from home.  As a testament to its cultural influence, songs have been written about the day, the most famous being ‘One Day in September’ by Mike Brady. featuring lyrics like “football’s such a big part of this whole town” and “you’ve made us cry and you’ve made us smile,” the song is still played annually even though the Grand Final is now played in October. “Holy Grail” by Hunters and Collectors is also heavily associated with the Grand Final, and has become its unofficial anthem.

The MCG was heavily revamped when Melbourne hosted the Olympic Games in 1956. These were the first Olympic Games to be held in the Southern Hemisphere, and the MCG was to be the centrepiece of the event. It hosted the athletics, hockey final and football final, and was the site of the opening and closing ceremonies.

Fifty years later, the MCG was back on the international stage as Melbourne hosted the 2006 Commonwealth Games. Once again, the MCG was the site of the opening and closing ceremonies, and hosted the athletics.

The MCG is an integral part of Melbourne’s culture, as the centre of its strong sporting traditions. No trip to Melbourne is complete without seeing a match on the ground, or making a visit to the Sports Museum located within the site. Even for those who don’t love cricket or AFL, it is hard not to get caught up in the electric atmosphere of tens of thousands of fans shouting as one for their favourite team. Though the buildings and grandstands of the stadium have changed drastically since 1853, this spirit has never left the MCG, and its significance to Melburnians remains just as strong.

The MCG has been put on Australia’s National Heritage List. Information on its heritage significance can be found at: https://www.environment.gov.au/heritage/places/national/mcg

The official MCG website has a great section on the history of the stadium at http://www.mcg.org.au/the-stadium/mcg-history

The Baolis of Delhi: exploring the underground