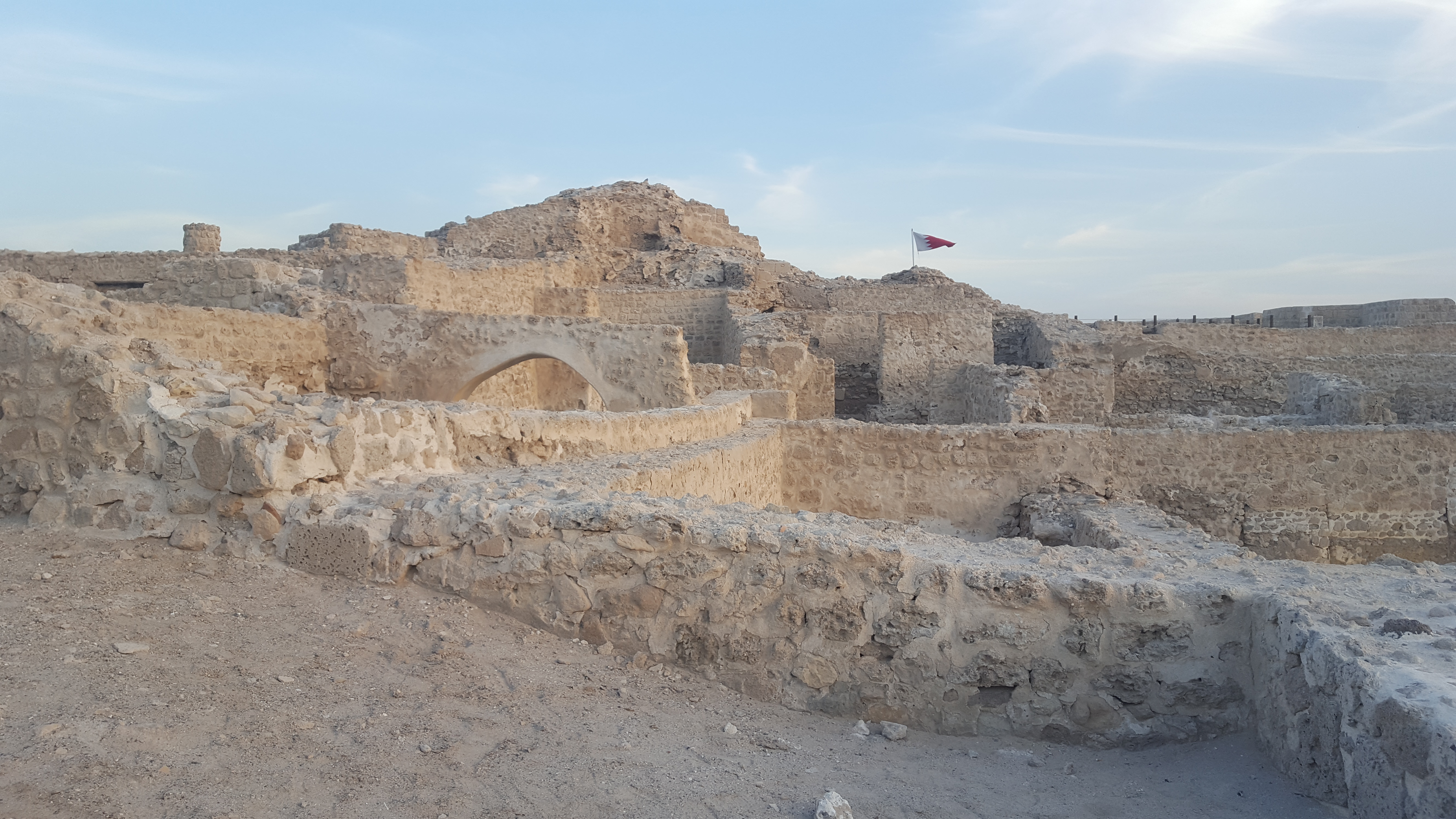 Having planned to visit the Qalat al Bahrain on the 25th of March, we; a group of five friends left from our residence at about 3 in the afternoon. You must be thinking, “Why would someone be going out in the harsh sun during this time of the day?” Well, it has an answer, first reason was the use of public transport to get to the designated site as part of the plan for today based on the use of sustainable means throughout the whole event.

It took us a while to get off the bus and then we had to walk for about 20 minutes to reach our destination. Second, we planned to watch the beautiful sunset fading out in the palm trees of the surrounding beach which otherwise is not possible or at least not as desirable because of the presence of so many high rise buildings scattered across Bahrain.

Having reached there, we conducted a small introduction session that included the sharing of our knowledge and understanding of certain things like culture, heritage, architecture; their role and their significance in creating a sense of belonging in the citizens or the community. We also discussed the role of GoUNESCO in the overall awareness program regarding heritage around the globe and its initiatives that are fulfilling the cause significantly.

Having talked about the purpose of the event, I shared the historical facts about the fort, that included its history, geographical location, the overall settlement, its role as the trading port in the gulf region. Moreover, we also shared the Epic of Gilgamesh being attributed to the region of Bahrain and also the Dilmun civilzation that was considered the land of immortality.

Later on we walked through the whole complex of the fort that was spread over 180,000 sq ft. Not a plain stretch of land but in the form of an artificial mound developed as successive layers of various settlements one above the other. The highest mound being 12 meters high and is called the Qalat al Burthughal (the Portuguese Fort). We then roamed around the excavated settlements in the fort and also witnessed the center of economic activity inside the fort that consisted of several warehouses.

Having walked through the highly ventilated shafts in the subterranean level, peeking inside the basement chambers and revolving around the fort ascending upwards, we reached to the highest level of the fort to get a glimpse of the setting sun. On one side we could see the sun hiding in the clouds going down and behind the cluster of palm trees, on the other side we could see the new economic hub of Bahrain, rising up in the vertical direction in the form of various high rise buildings. The spectacle of the rising economic power presenting the new skyline of today and standing in the mid of the old trading hub was intended to bring in some thoughts in mind. After all, it was all the matter of time.

After watching the sunset we went to the fort museum right besides the fort complex, overlooking the seashore. Seeing both the legacy of ancient civilization kept intact in the museum and the fort itself as a living example of the symbol of power, we headed back to our home with something learnt, something gained.

Tasting the flavours of China in Nigeria