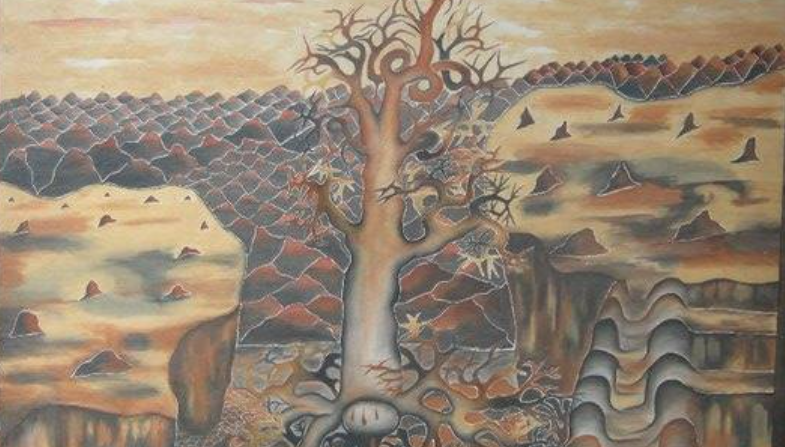 Living in the foothills of the Kitanglad Mountain Ranges in Bukidnon in the Philippines, the Talaandig group has an estimated population of 100,000 and is one of the few communities who have successfully preserved their traditional culture amidst the influx of modernity and change.

To the Talaandig people, men and women are equally important to the life of the community, and leadership must be balanced between the two. Betel leaf chewing is part of their culture. In this painting, the artist imagines what goes on in the spirit world during the ritual for the preparation of betel leaves.

The spider serves as the inspiration for their weaving traditions. For the Talaandig people, the mountains and forests are the wellspring of their culture and provide for all their daily needs. They believe that there are spirits everywhere in nature. Every hunter must first ask for permission from the spirits to ensure success of the hunt.

The balaghusay (arbitrator) is an important figure in the Talaandig community. The rich imagery of this painting depicts the qualities every balaghusay must possess: the ability to bend without breaking, a cool mind, a pure heart, and a balanced judgment that derives its weight from Talaandig culture.

Visit the Talaandig group’s Facebook page to get updates on exhibit schedules.

The lost prestige of Seetpur