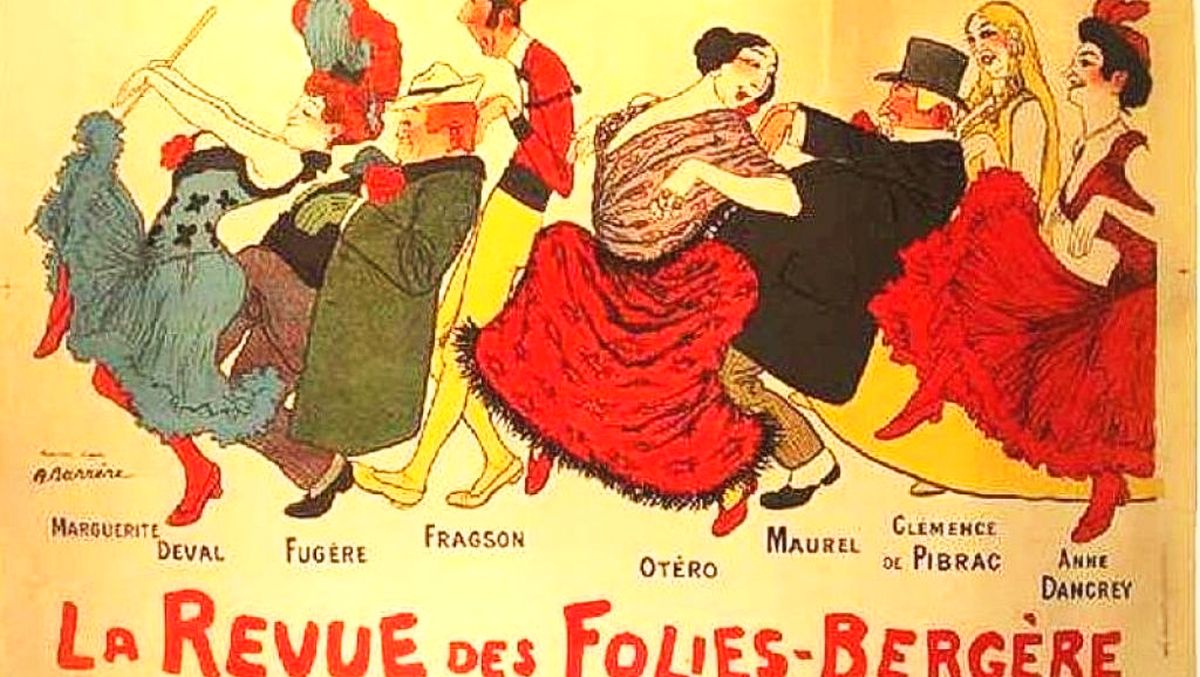 The last 20 years of the 19th century were for the Old Continent years of apparent political stability accompanied by a growing economic welfare, fruits of capitalist expansionism that lasted until 1914.

These are the years of the so-called Belle Époque, characterized by the “joie de vivre”, for the technological progress and cultural innovations and the illusion of living in an era of peace and prosperity, the harbinger of better future. The society of those years is deeply classist — the financial capital was in the hands of a few rich bourgeois and industrial groups that influenced the national and international policy decisions, the working-class living in precarious conditions and social inequality.

The constant conflict of interests between European countries generated a policy of industrial expansion and a race to the colonial conquest in countries outside Europe, who formed the characteristic trait of the European imperialism. These were some of the main reasons that would later lead to the crushing of the political and economic balance in Europe.

La Belle Époque, as all periods of history, has had its dark and bright moments. European capitals pulsated with life: wide boulevards and streets illuminated with the first gas lighting system, the Café-chantant including the famous Moulin Rouge,(a cabaret music hall), the first cinematic representation of the Lumière brothers, the experiments in cinema and theater performances, illusionistic performances of George Melies and the birth of the Excelsior Ballet, acclaimed throughout Europe.

These are just some of the many artistic and cultural initiatives that increased rapidly around this period. With the Belle Époque also spread the development of printing and graphics for advertising purposes. This was the birth of the manifesto ancestor of the current advertising poster as depicted by painter Henri de Toulouse-Lautrec the great initiator of this popular art and an important interpreter of the society of that period.

Between the movements of artistic and cultural interest that were born in this era, one remembers the artistic and philosophical  movement called Art Nouveau “New Art”.

The starting point of Art Nouveau can be found in the movement of William Morris and his followers. Morris was the first one to be interested only in decorative arts considered “minor arts”. He was a painter, publicist, decorator, and designer.

The artistic environment (especially English) of the period, believed in a change that that would appreciate the purposes of work worker and the quality of industrial products that were of poor quality. The first great expo in history, held in London in 1851, called “Exposure of industrial products of all Nations” created greater awareness.

Morris believed that the worker who creates useful objects must also make them attractive and to do so, he/she needed the help of artists, becoming in turn an artist and creator of works of art. In 1888, Morris created the ‘Arts and Craft Exhibition Society’ which had the objective of combining industrial production with art, so that each object of series had a personality, great design, artistic value and  good quality.

These objects of common use could be purchased from middle and petty bourgeoisie at a low cost. As the level of aesthetic objects rose, there was a new market open to all social classes less, which created the foundations for a new modern art. Morris also opened a typography ‘Kelmscott Press’ who took care of an edition of the complete collection of the works of the poet Geoffrey Chaucer.

The decorativism of medieval art to which Morris and his followers inspired was on the basis of Art Nouveau.

The term Art Nouveau was born in artistic environments anti- academics of 1884 in Belgium. The style was born as a reaction on the part of the European culture to the standardization and the loss of aesthetic style typical of industrial production imitating the historical styles of the past. Initially, the artistic innovation was decorative, involving applied art, but later became interested in all the other arts, from painting to architecture.

The Art Nouveau style is characterized by its linearism that is inspired by plant and floral ornaments. The sinuous line and phytomorphic motifs are the protagonists of this style. In every country, the New Art develops in a different way because everyone interprets the innovation differently,

And even names change. Art Nouveau is the French name that is born from the sign of a store of the avant-garde in Paris in 1895. In Italy, it was called  ‘Floral’ but spread under the name Liberty as suggested by the Emporio ‘Liberty and Liberty Co’ opened in London in 1875 by Arthur Lasemby Liberty who was selling furniture that followed the new style of the ‘Arts and Crafts’ of Morris.

The fashion of the liberty reached its acme in 1902 with the International Exhibition of Turin. Among the major representatives of this architectural style, one remembers Raimondo Tommaso D’ Aronco, Ernesto Basile and Giuseppe Sommaruga.

Sardinia hosts many examples of the Art Nouveau architectural style, and one of these is undoubtedly the Liberty Palazzina which is located in Piazza Lamarmora in the city of Iglesias. In the late 1800 and early 1900s, this important mining, commercial and industrial center of ancient date, became a pole of reference for many French, British and Italian companies that had received mining concessions.

The leaders of the major mining companies of Belgium, France, Germany and Great Britain were responsible for the architectural changes in the city. The city acquired an architecture with mitteleuropean aspects and especially in the historical city center, and there are many examples of Liberty style, neo-Gothic and eclectic, suggestive of an era culturally and economically significant of the city which testifies to the prosperity of the same as a result of the relaunch of the mining activity.

The building dates back to 1903-1904. Just a few steps from the Cathedral in the historical city center, one finds the building in the central Piazza Lamarmora, positioned at the point of which are two important streets in the historic city center: Via Azuni, already Ruga Magistra and Corso Matteotti, first known as the  Via Nuova.

One can see nine panels that seem to put together all of Italy — from north to south. There depict brands which have now disappeared from the cash registers, but also notes some national brands: an eagle with its wings spread (Fernet Branca), the two old men (Cacao Talmone), lion (Marsala Florio), liqueur Coca Buton, the Strega and Ramazzotti, sweets of the Lazzaroni, the Vermouth Ballor etc.

During the restoration, a very pleasant contrast of candid gesso with the “terra di Siena bruciata” in the wall of the Palazzina was found. The facade of the ground floor is a false “bugnato” and the floor is occupied by Caffè Littarru that continues the activity of the ancient “Pasticceria Offelleria Lamarmora” of which no trace remains in the furniture or in the details of the finishes.

The offelle are a typical dessert of high Italy, imported to Iglesias by pastry chefs from Italian Switzerland as Robbi, Tramer and Clavuot. The building is on three floors separated by marcapiano (a horizontal band in a building) between floors, onto which open elegant iron balconies. On the top of the building one can find the terrace which has a  closed volume, formerly used as a wash house.

The interior spaces can be visited and are intended for cultural activities.

The immigrant heritage of a Congloese in Malawi

Inside the Beautiful Nizamuddin Complex Of Delhi