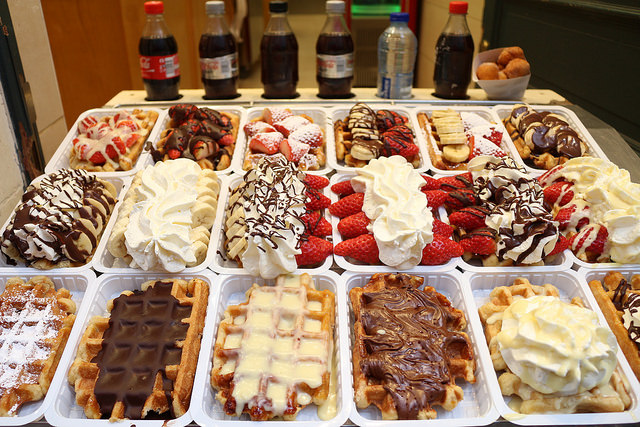 It is fascinating to think of food as a representation of culture. Food is our mode of subsistence, and through time, has become something that we enjoy eating on for pure pleasure as well.

However, food and culture are inseparably related. Subsistence patterns within a geographical area often dictate what food the natives living there would consume. The way we live is essentially an important part of the culture of a geographical space, and the methods of acquiring food are often indicators of the kind of settlement patterns established.

According to UNESCO, food is a form of intangible culture, which needs to be preserved and respected so as to represent the cultural framework of a geographical area. In fact, UNESCO has added traditional Japanese (2013) and Mexican food (2010) to the list of intangible heritage. The preparation of these traditional food items are marked by their reliance on local tradition and belief.

Similarly, food in Belgium is also equally distinctive in the way it is prepared, served and eaten.

Take for instance, the Belgian waffle. Its evolution is something that is fascinating to track, since so many improvisations have been made to the way it is prepared and eaten.

Waffles were first made in the Middle Ages, and were sold as crispy and rich street-side snacks by vendors outside Churches in Belgium. Agriculture was the main subsistence pattern then, and barley and oats were quite easily available to use as ingredients. In fact, King Charles IX of France said that the vending stalls had to be kept at a safe distance from one another, because the eating of waffles had become such a popular phenomenon.

We often misconstrue the waffles made in Belgium to be of one type. This is not the case. There are, in fact, two types of waffles that originated in Belgium. These are known as the Brussels waffles and Liege waffles.

The Brussels waffle is what is most commonly known as the Belgian waffle in the United States. It was introduced to the USA at the 1964 World’s Fair in NYC by Maurice Vermersch as the ‘Belgian Waffle’, since most Americans did not even know where Brussels was. The Liege waffle is the other type, more common in Belgium, and known for its rich, sticky texture that is accentuated with every bite. Thus, the image of the Belgian waffle was highly generalized in the United States during the initial periods of its insertion into the food scenario.

The history of the Belgian Frite (commonly known today as French Fries) is actually quite fascinating. It is also based on the patterns of subsistence and the availability of consumable food. In the 17th Century, when fish was scare, the Belgians from Dinant, Nimur, and the ones close to the Meuse River would substitute the absent fish with potato, and fry strips of this potato as a substitute. These fries are prepared at a particular temperature (150-175 degrees C) in order to acquire a crispy outside and soft inside texture.

The waffle is an iconic figure in the large slew of distinctive desserts. Unfortunately, only few places in the USA have been able to prepare the Belgian waffle in the right manner. It is supposed to be airy, fluffy, and eaten with the hands. It is not an excessively sweetened, diabetic snack. In fact, a lot of vendors in contemporary Belgium refuse to hand customers cutlery to consume the waffle, so that they can eat it like the real deal.

With time, there has obviously been a change in the way one perceives food as a function of culture. The need to improvise and innovate already existent traditions is something fueled by human capacity. Food is something we aim to derive the utmost satisfaction from through its consumption.

But these changes made in the design of the Belgian waffle are only a result of our curiosity to expand and improvise, even though some say they may defeat the connotation of a cultural delicacy.

Oktoberfest in Germany – LaGer than Life

The Mystery Behind the Greek Cyclades Islands