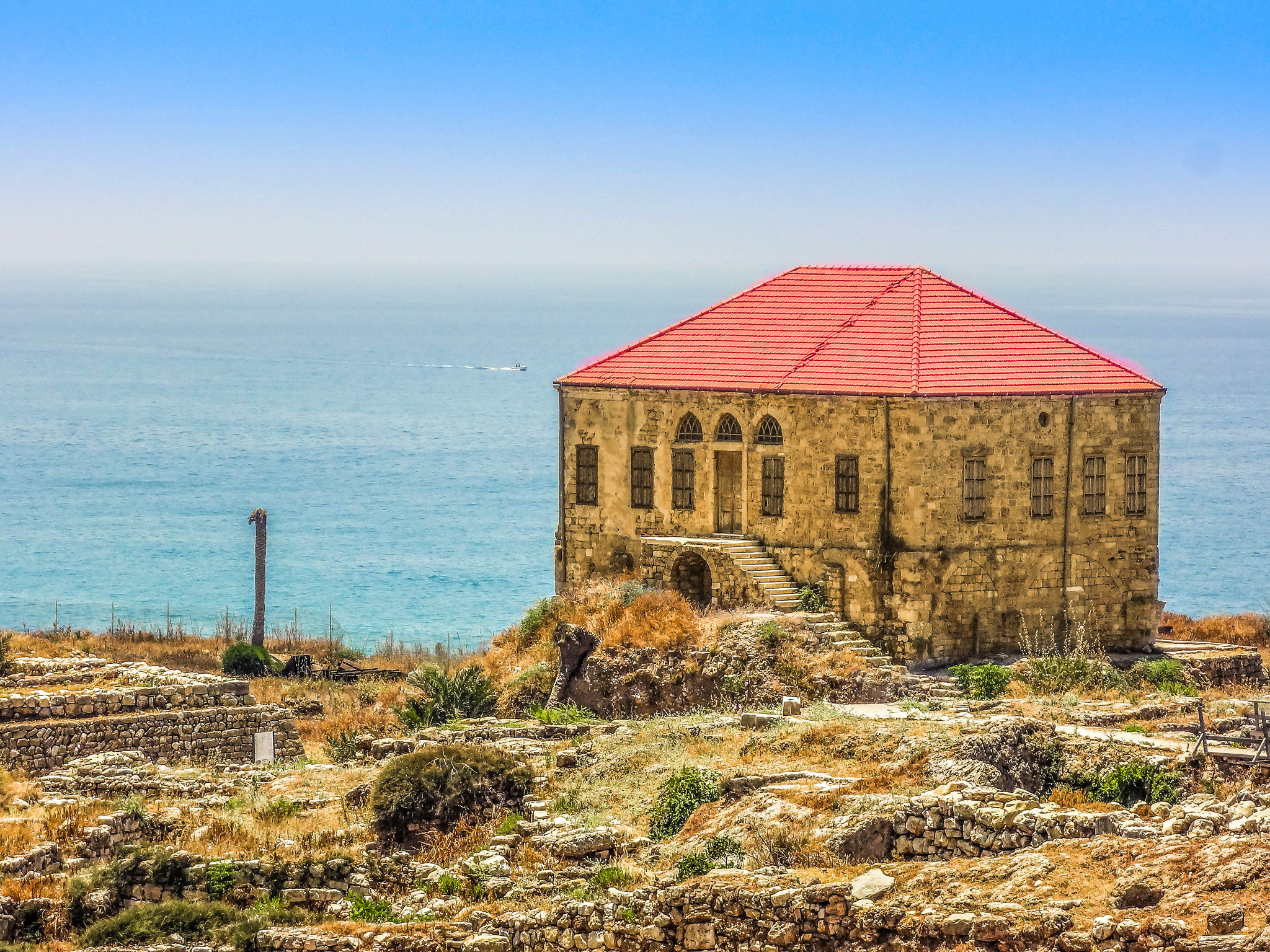 Sitting atop the ruins of a Crusader tower at the port, I gaze at the expanse of the Mediterranean in front of me wondering if someone on the other side is staring back. The grey-green mountains of the rest of Lebanon line the horizon on my left, and in front of me, fishermen stand like statues on the rocks, waiting for a catch. The silence is broken only by the whispering wind, the waves lapping against the castle walls, the cry of gulls, and occasional bursts of Arabic music from the boat circling around the harbour.

This is quintessentially Jbeil – a place where the old and the new fit so seamlessly together that it’s hard to imagine what it used to be like all those centuries ago, without its modern conveniences. Called Byblos in English, Jbeil is one of the oldest continuously inhabited cities in the world and today is a thriving coastal town just north of Lebanon’s capital, Beirut. It boasts a proud history of Phoenician, Roman, Byzantine, Crusader, Ottoman and now Lebanese inhabitants, all of whom have left their mark. Built as it is upon layers of ruins, strolling around the old part of the city is like walking back through time. But nothing here really looks out of place – the Mercedes Benz cars haphazardly parked on the perfectly paved roads look just as much at home as the Roman pillars gathering dust for centuries.

I began my day wandering around the ancient souq, a typical Arab market that makes up the heart of the old city of Byblos. Renovated to suit modern needs, the souq has maintained its traditional character in a splendid mix of old and new lifestyles and cultures. One can walk into shops perhaps hundreds of years old and buy old records, books, or a witty car license plate to hang on the wall. A profusion of brightly coloured trinkets line the pebbled walkway, with shopkeepers sitting at the side contentedly smoking nargile. Bar stools and tables are neatly arranged in the centre of the souq and Bruce Springsteen gently plays on the speakers above. All this in a setting that’s thousands of years old.

After passing through the Byzantine gate and leaving the market behind, I arrive outside the Crusader castle of Jbeil, one of the highlights of the town. This site contains ruins from the time of the Phoenicians, Persians, Romans and the Crusaders, and is mentioned in every tour book with good reason. In contrast to the souq I just passed through, these ruins are not alive in the way the market is. A place more suited to quiet reflection, the site is peppered with weeds and flowering trees that have taken root amongst these ancient structures.  After taking in the panoramic view of the port and the Mediterranean from the highest point of the castle, I eventually settle down with a book under a tree by the small Roman theatre in the grounds. It has a spectacular setting with the shimmering turquoise Mediterranean as its backdrop, and I often daydream about the performances which must have taken place there.

The day turns to evening, and I head to the port to watch a brilliant sunset. On the way, I stop to explore the 900-year-old Church of Saint John, accidentally attend a wedding and get featured inadvertently in numerous wedding photographs. This church is so simply beautiful; there are no paintings or carvings, allowing the grandeur of the structure of the basilica to shine.

As I continue on towards the port, a tower that once served as an outer defense for the Crusader castle looms up ahead of me in the water. A boat floats aimlessly around the harbour with those on board clearly enjoying a party as the sun sets. Settling down atop the tower with my book, I end my day watching the vibrant hues paint the sky until the stars are out. Lights twinkle all around me like reflections of the stars, visible along the coast almost as far as Beirut. Sitting there contentedly, I idly wonder if I’d ever be disturbed by someone if I ended up just staying there.