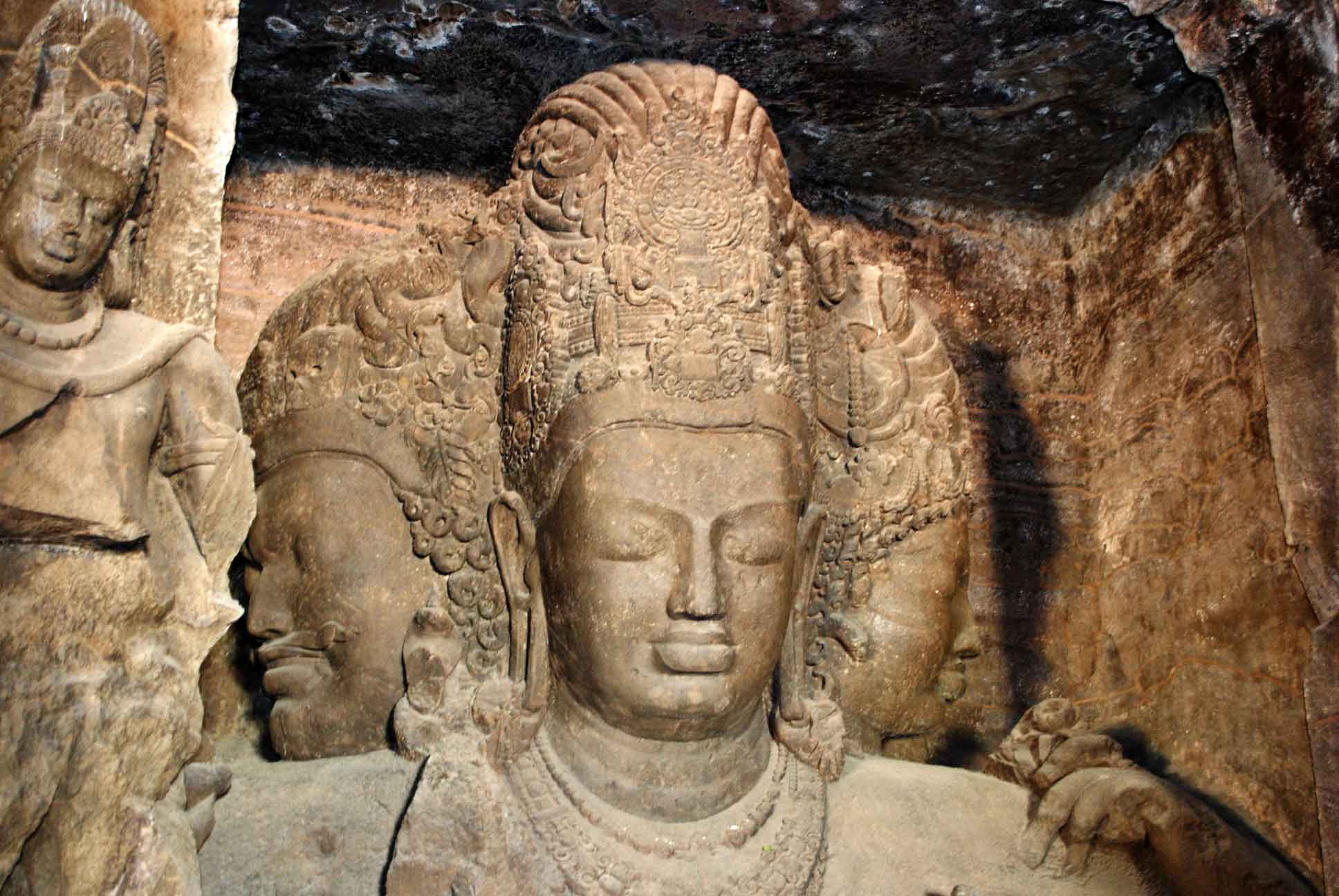 It was during one of my summer break that we planned for another excursion , I with my cousin brother came to a decision to visit Mumbai , the birth place of Bollywood. On may 31 2012,we reserved our train ticket for our journey to Mumbai. when we reached there we were welcomed by vada pav, it was so delicious that I ate around 6 Vada Pav, of-course after a long journey I was starving. Day 1, we decided to see gate way of India when we reached there we came to know about the tourist place called Elephanta caves, when we inquired from few locals on how to travel through boat, they told us that boat leaves the coast every hour, so we grabbed one boat for our journey. I was so much excited as I have never been on boat, after a splendid ride on the boat sailing through the waters of Arabian sea and passing by vessels of Navy and some other trading ships. It was really a wonderful experience. Nearly in about two hour through the sea we finally reached the island where we noticed, that island is about 1.33 sq miles and we noticed some tribal community living there selling herbs and spices .

Elephanta cave is also known as the city of caves .It consists of two groups of caves—the first is a large group of five Hindu caves, the second, a smaller group of two Buddhist caves. The Hindu caves contain rock cut stone sculptures, representing the Shiva Hindu sect, dedicated to the Lord Shiva. The sculpture were dated around 5th to 8th century made up of solid basalt rock.But the mysterious question is “who built that caves along with big sculpture ? It is still a mystery ,some say it was pandavas from the hindu epic story Mahabharata while some say it was god who built it and not man made. The mystery is still there to unlock, we are finding an appropriate answer to unlock the mystery behind it . It was hindu place of worship until Portuguese invaded in 1534 leading this temple to destruction, it was renovated in 1970s plus was declared UNESCO world heritage site in 1987 by UNESCO .
At last we noticed another cave but was filled with water. While adoring the ancient carvings on these walls, I met Ranjan (local tribal ), he was collecting water from the cave then he noticed me standing next to him . He offered me that water to quench my thirst it was chilled and tasty, I never had that kind in my life before it was bit sweet in taste .They say it was naturally occurring fresh water from which people used drink and use it for praying .Before 5 pm we headed towards our boat to return back to our hotel rooms .

“no one will ever able to discover who built those caves and it will remain a mystery in world to be unlocked ,seeking key which is somewhere underneath sea bed ”
Elephanta Caves – India

The Heritage of Kumartuli in Kolkata

Flamenco -A dance of passion