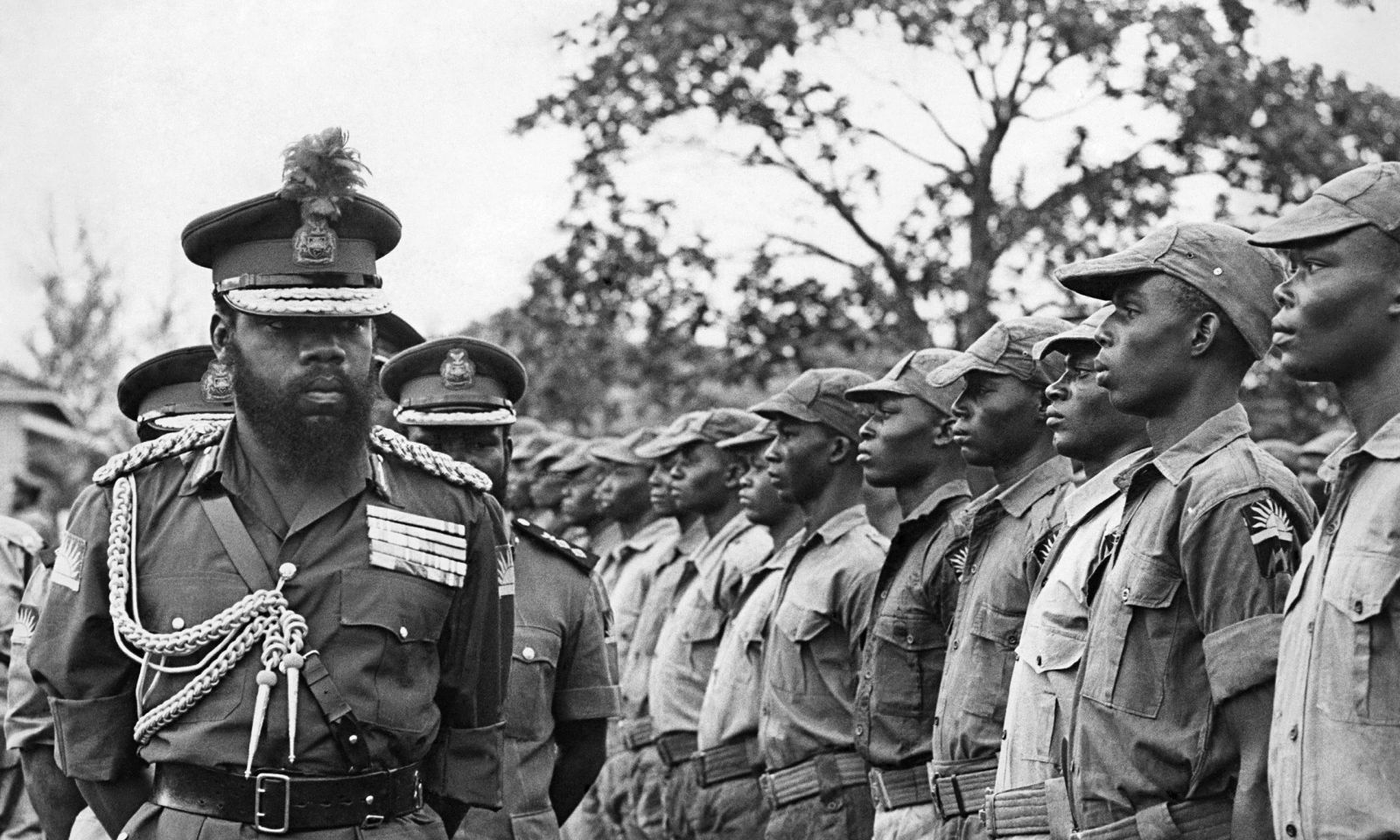 The unforgettable days for The Federal Republic of Nigeria are the days within 1967 – 1970. These years were filled with agony and crisis, this was the period were the Nigerian Civil War (also known as The Biafra War) was fought. The war was between two antagonists groups which were the Igbo’s in Eastern part of Nigeria, while their opponent was the Federal Government of Nigeria. The Federal Government fought the war to maintain the corporate existence of Nigeria, while the Igbo’s harping on the principles of self-determination, were basically interested in creating an independent state called ‘Biafra’ carved out of Nigeria. Biafra represent the Igbo people who feel they can no longer coexist with the Northern dominated government.

The reason for the war can be traced to multiple factors such as: the military coups d’état of January 15, and July 29, 1966. Other remote factors are the regional election crisis in Western Nigeria in 1965; the Tiv riots of 1964; the Federal Elections of 1964; the killing of the Igbos living in Northern Nigeria from May to September 1966; the structural imbalance of the Nigerian federation; and, most importantly, the asymmetrical distribution of power among the various ethnic and geopolitical groups.

The Biafra Army was led by Lieutenant Colonel Odumegwu Ojukwu, he was the mouth piece of the Igbo people. On May 30, 1967, he made a declaration of the State of Biafra, and this was the immediate factor responsible for the civil war. The intended aim of Ojukwu’s declaration was to effectively excise the Eastern part of Nigeria out of the Federation so as to create a Federation called “Biafra”, where its people can benefit greatly from its government.

The Biafrans got the support of other countries such as Tanzania, Zambia, Gabon, Ivory Coast, Haiti and Côte d’Ivoire, etc. and they campaign for her recognition in the international community and for the purchase of arms and equipment. The war lasted for 30 months and within March –October of 1968 over 6 states (Onitsha, Abakaliki, Port Harcourt, Aba, Owerri, Okigwe) which were important trade routes of the Biafra people were captured by the Federal Troops, and this caused famine and starvation among the Biafra people.

This war ended in a way I will describe as “cowardly”, Biafran forces were finally routed in a series of engagements in late December 1969 and early January 1970. Realising that the situation was a hopeless one, Ojukwu handed over the administration of Biafra to the Commander of Biafran Army Maj. Gen. Phillip Effiong. He then fled with his immediate family to Côte d’Ivoire. Effiong consulted with the Biafra Strategic Committee on the situation and they decided that enough was enough and that the only honorable way out was to surrender. Biafra was more or less wiped off the map until its resurrection by the contemporary Movement for the Actualisation of the Sovereign State of Biafra .

Like all civil wars, the Nigerian civil war was unique in the context of the nation’s history. This is because it was the most vivid expression of a country that turned against itself. As with civil wars in other countries, the Nigerian civil war can be analyzed within the context of a revolution. As a revolution, it is very unique in the context of Nigerian history; it is the only revolution that has ever occurred in Nigeria’s checkered existence. This war like any other war left significant legacies (both tangible and intangible) on the social-economic development of Nigeria, with it traces still present today and this includes:

Destruction of infrastructures – such as oil refineries, hospitals, historical monuments (e.g. Niger bridge), etc. Furthermore, Igbo owned properties and houses were taken over by people from other regions and the Nigerian Government justified this by terming such properties as abandoned.

Economical implications: Nigerian government policies disabled the Igbo’s long after the war, majority of the official position occupied by the Igbo’s where not reinstated, these individuals were considered to have resigned; also the Nigerian Government changed the Naira currency so that Biafran supplies of pre-war Naira currency were no longer honored. All this affected the economical status of the Igbo folks.

Loss of lives – An estimated of 3 million people may have died due to hunger and disease caused by the blockade of trade route strategically done by the Nigerian forces.

International Stigmatization: The Nigeria Civil War created a lens with which the international community use in defining who Africans are, and till today Africa as a continent is still viewed that way. The pogrom and the war more than anything else have come to define Nigeria as a land of monumental injustice and impunity.

Cultural Damages: Even till today there are still traves of the  effect of the Biafra War, the war destroyed the seed with which a united Nigeria would have grown. It instigated an unhealthy generational bitterness and caused severe damage to the beauty of our diverse socio-cultural make up, thereby defeating the purpose to which we were united, that even till today the nation is yet to recover.

In conclusion, Biafra War now represent a cautionary tale that describes the negativities which follows the yearn for Democratic change, it also stands as a reminder of failure and resilience, of lessons learned and unlearned on how to resolve conflicts that might lead to War. It is true that Wars carry with them the worst of human tragedies and scars that endure for all time. It is an evil that must be avoided except it is absolutely necessary.
Nigeria