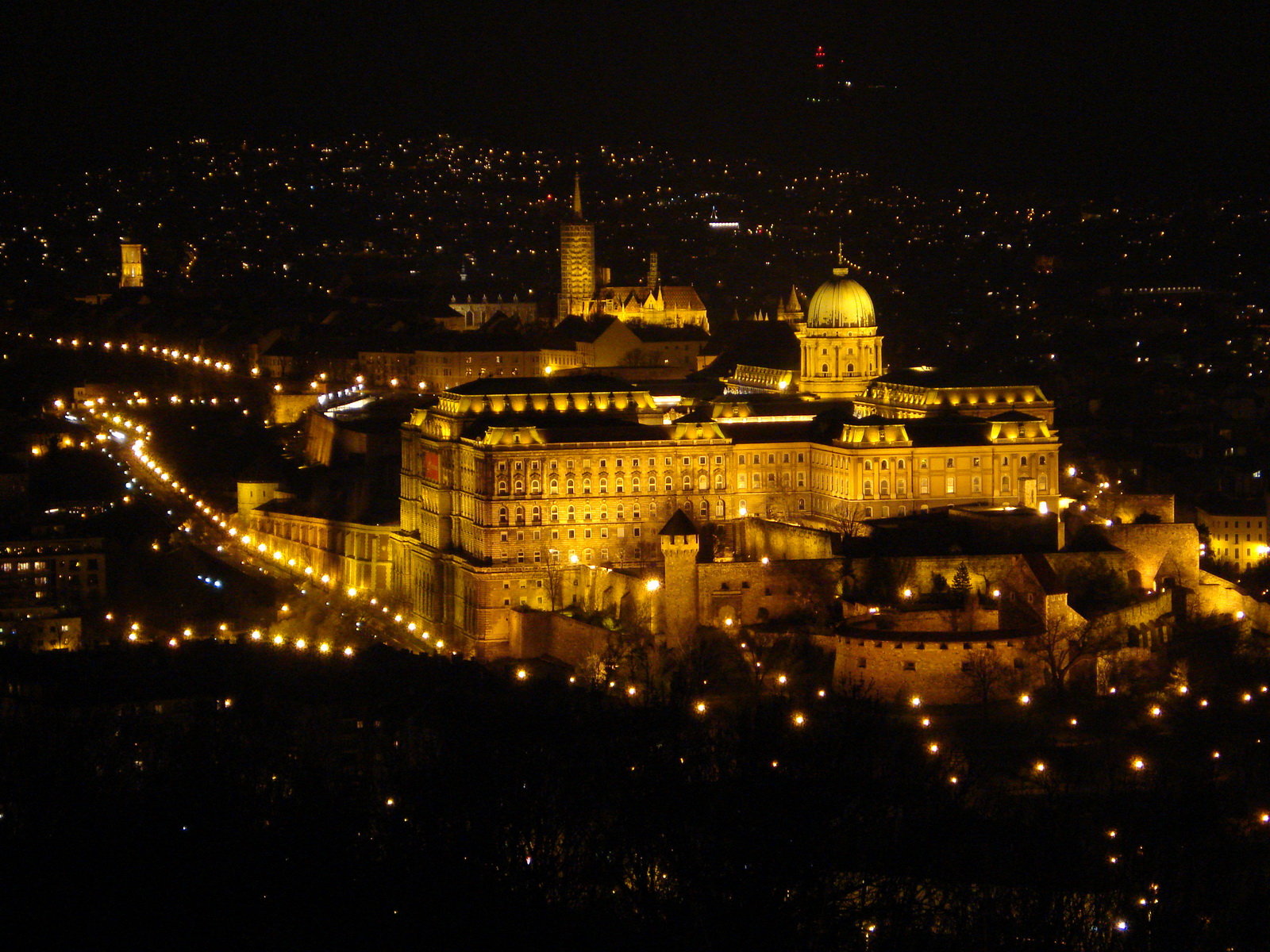 The history of Hungary can be named one full of surprising moves, well-working strategic plans resulting in victories and also disgraceful losses. Long time ago (at around 900) started as a great empire with the conquest led by Árpád, it was divided and united by different forces during history, then the date had come when it has got its recent form after losing in WWI. I had the great chance to visit the most important historical monuments in the capital, thus I will try to cover some critical moments in war, through the Castle of Buda.

Briefly about the Castle

First built in a Gothic style, during the reign of Louis the Great, King Sigismund and King Matthias (from the middle of the 14th century until the end of the 15th), the castle became a royal residence of European rank, with its Gothic and Renaissance elements. The construction of a much smaller Baroque palace was started in 1715, then its ground area was later extended. At the end of the 19th century, the place reached almost double size, got a new large back wing, today housing the Széchenyi National Library. The architects, Miklós Ybl and Alajos Hauszmann have decorated the palace with Art Nouveau elements, in addition to the existing Baroque style.

The castle as central location in war

The castle had suffered two bigger sieges. The first one was carried out by the Turks in 1541, on the 29th of August. Sultan I. Suleyman attacked the castle after the he helped Queen Jagello Elisabeth in defending the castle from I. Ferdinand and his Habsburg army. The Sultan occupied the castle with a trick: he invited the Queen with his baby son (the heir John Sigismund) to meet him in person. These days they were already robbing the surrounding counties, so no goodwill was expected from them. Nevertheless, the Queen didn’t have much choice, so she had shown up with the little heir in Suleyman’s camp in Old Buda. Meanwhile, the sultan’s janissaries got through the gates, having the excuse that they want to admire the seat of Buda. They could occupy the castle in a really short time, leaving this region in the Carpathian Basin as the main object of the war between the Turks and Habsburgs. This wasn’t the first time for the Turks though, they attacked the eat twice before, in 1526 and 1529, this time being the cruellest occupation). The castle was retaken only in 1686 by the Christian “Saint League” army, after a siege of two months. The castle had been under the occupation of the Ottoman Empire for 145 years.

The second siege took place at the end of WW II, when the Soviet troops occupied the city by launching attacks from Ukrainian fronts at Christmas, 1944. The German and Hungarian High Command worked under the Castle Hill in a bunker, while the castle has served as air raid shelter with its Big Labyrinth underneath. By the 18th of January the German and Hungarian troops were had been completely driven out from Pest, and soon after, the Soviets blew up the two remaining bridges across the Danube (Elisabeth and the famous Chain Bridge). At the end of January the troops started to seize the inner part of Buda, the castle, without almost no air defence it got destroyed with the Castle Garden on the 30th January. The “liberation” of Budapest ended with the occupation of the castle.

Due to this destruction, out of 200 houses, only one had survived. One fifth of the buildings were totally destroyed, the others had various degrees of damage. Regarding the Palace, the building was totally burnt out, the dome had collapsed, just like the southern wing. During the reconstruction, the architects together with historians and archaeologists, took advantage of the destruction: they had conducted several surveys, thanks to which, medieval architectural elements were displayed, thus many baroque and classicist buildings built after 1686 were given back their medieval state.

A Presidential Palace, a Museum of History