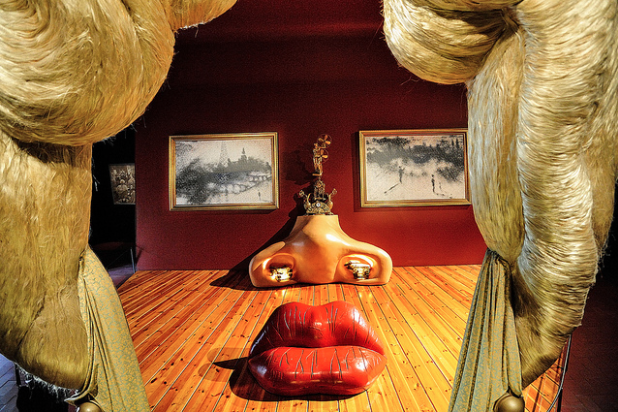 (Articles by our interns for this month’s theme will roll in after their deadlines!)

Walking through a museum is like reading a book, but the narrative is way more multifaceted.

The spatial parameters that guide the effectiveness of museums greatly depend on the perception and configuration of a museum space. As an organized space, a museum would largely be considered as a sort of ensemble; an eloquent arrangement of objects that is meant to have some effect on a viewer, or enlighten them about a certain historical or artistic marvel.

The way museum layouts are used is not merely about the properties of the individual spaces or modules that make up a large-scale exhibit. It is about how these are linked with one another in order to create the complete experience while walking through the museum from end to end. Thus, much like Gestalt’s theory of parts, the whole is much greater than just adding the parts that a museum is made of together. It is the whole experience that definitely counts in adding substance to a space meant to educate its visitors. Instructional technology finds its application in museums in order to make the imbibition of knowledge effective.

This is exemplified by the Louvre in Abu Dhabi, which is an example of a more recent museum. Featuring around 23 galleries and holding more than 600 pieces of art, the museum was imagined as a ‘city’ by architect Jean Nouvel, the space is a diverse, multi-facility dome-like structure that includes work by artists such as Monet and Warhol. While still under construction in some parts, the museum is a stellar example of how a contemporary design, and well laid out galleries can aid a museum experience.

Any exhibit needs a curator, who picks out a theme or object like a word from a dictionary. The vision them becomes simple; subscribe to a theme within a space or sub-space within the museum, and express that idea to its fullest. The theme is given meaning through the work displayed. The exhibition itself then becomes a discourse rather than a mere arrangement of objects for paid viewing.

Walking through a museum is like reading a book, but there are two narratives that form the backbone of the experience. The first is the textual narrative that links objects to their functional or ‘primal’ origins. For example, an explanation about an artifact, stating the period it comes from would enable us to add context to it. The latter is the interpretation that the viewer makes from his own stroll through the space. This would be a more qualitative gauge that the viewer makes about the cultural contexts he or she is exposed to through an exhibit.

Inside the lanes of the Shakhari Bazaar in Dhaka