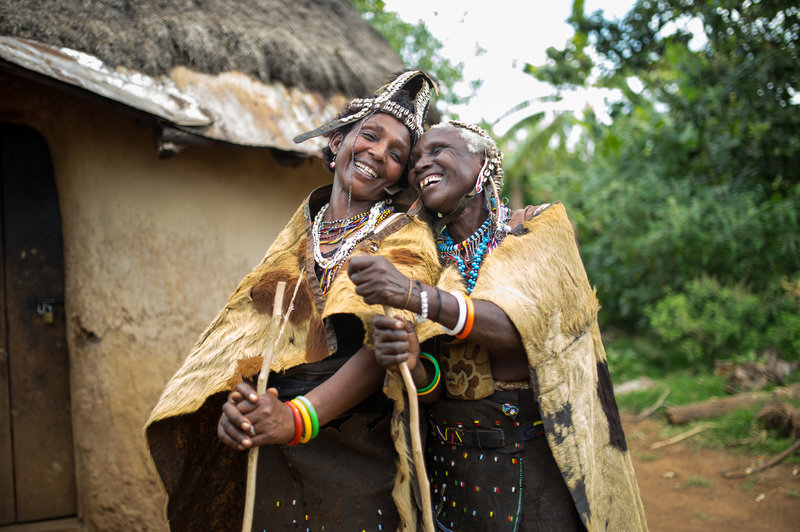 Accustomed with the looks of tall, dark and slim. Their traditions run deep in their veins, even with the current urbanization, these people find ways to rekindle their past and inject a sense of belonging in their blood.

I hold the honor to be one of them, my origin trails back to the hills of Kericho County.

Our people, have always used performing arts in different ways, so as to achieve unity and understanding among themselves.

I visit, Kapkatet Village center, a place where every evening native congregate and tell of the day. We sit under a tree as tea pluckers line up to have their weighed and packed onto the County lorry.

Slowly an old lady hums a tune and everyone turns unto her. She quickly Ululates and the young ladies beside her to join in.

As the sun sets, a small bonfire is lit, and everyone participates in the singing and story telling.

Ladies from the far right hit a high note. Immediately the song changes, the men hum, a new wave on energy  hits the small congregation, everyone suddenly feels patriotic. The song is indeed with a strong message, the song is “Chemirocha”

This song continuously reminds these people of their fight against the colonialist.

Chemirocha translated means, Jimmy Rodgers, the renowned country music artist. Back in the early 1900’s this song was performed to show of Kipsigis plight against the white man.

According to the legend, British missionaries came through the Kipsigis’ village during World War II. They played gramophone records of American country music for the tribe, and the villagers loved this performance.

However, listening to this song, a lyric reads “Tiondo Keperper chito keperper” which means, half beast half man. Josiah Arapsang, an elder in the community, who also served as the chairman to the council of elders. He describes the colonial days, when missionaries preached about literally eating the body and blood of Christ — and how, during World War II, the Kipsigis were rounded up to give blood for wounded soldiers.

“They will just collect you, put you into a vehicle, rush you to the hospital. They remove blood just to assist the people who were in the military,” Arapsang explains. “So they say ‘Aha, these people — they are man-eaters.'”

However, this song still builds a feeling of belonging. The Kipsigis, dressed in metal bangles around their hands, beads around their necks and cloth in animal skin. This performance usually accompanied by a matching shaking of the heads as the men stamp the ground with their legs. Upon the chorus, the men jump uniformly as they hum. For The ladies, their voices are high-pitched, dancing around the same notes like a chant, and they sing over the strums of a stringed instrument called a kibugandet.

Such nights are usually accompanied by roasted meat and fermented milk called “Mursik” This, brings together the Kipsigis people.

The Venice Biennale – Crossword and Review

Fire Dance by Bassar people in Togo and Ghana