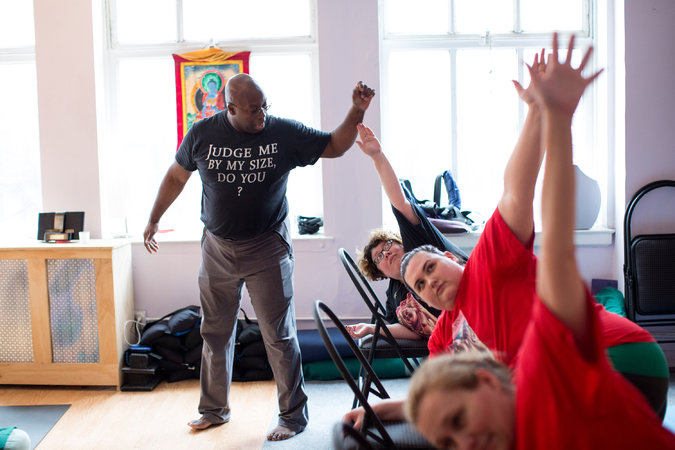 A form that originated purely for spiritual and bodily fitness purposes, has now evolved into several new forms including alternative healing, competitive yoga, and to more recently, being called a sport. This short photo essay traces its journey.

The sage, after whom the form is named after, lived around the second century BCE and also wrote significant works on Ayurveda (the ancient Indian system of medicine) and Sanskrit grammar.

Chakra Healing, focuses on energy points within the body, is catalytic to yoga. Each chakra is located throughout our body. It maps to a specific body ailment and physical dysfunctions; each energy center also houses our mental and emotional strengths.

Buddha Body Yoga was founded by Michael Hayes, who has more than 20 years experience teaching and has studied extensively in the following tradition. He says, we help people find where their body parts are: hips, pelvic bone, coccyx, ribs, shoulders, feet and, most important, lungs and breath.

While many still believe that yoga cannot be branded as a competitive sport, however, USA Yoga is a non-profit organization formed for the purpose of developing and promoting Yoga Asana (yoga postures) as a sport.

Thus, it’s clear that yoga is not just a sport, or just a collection of principles and frameworks. It is a synthesis of several interlinked practices that enable it to garner its own distinction in the episteme of modern culture.

How many of UK’s 29 UNESCO WHSs have you been to?

Children of Glory- The Hungarian Uprising 1956