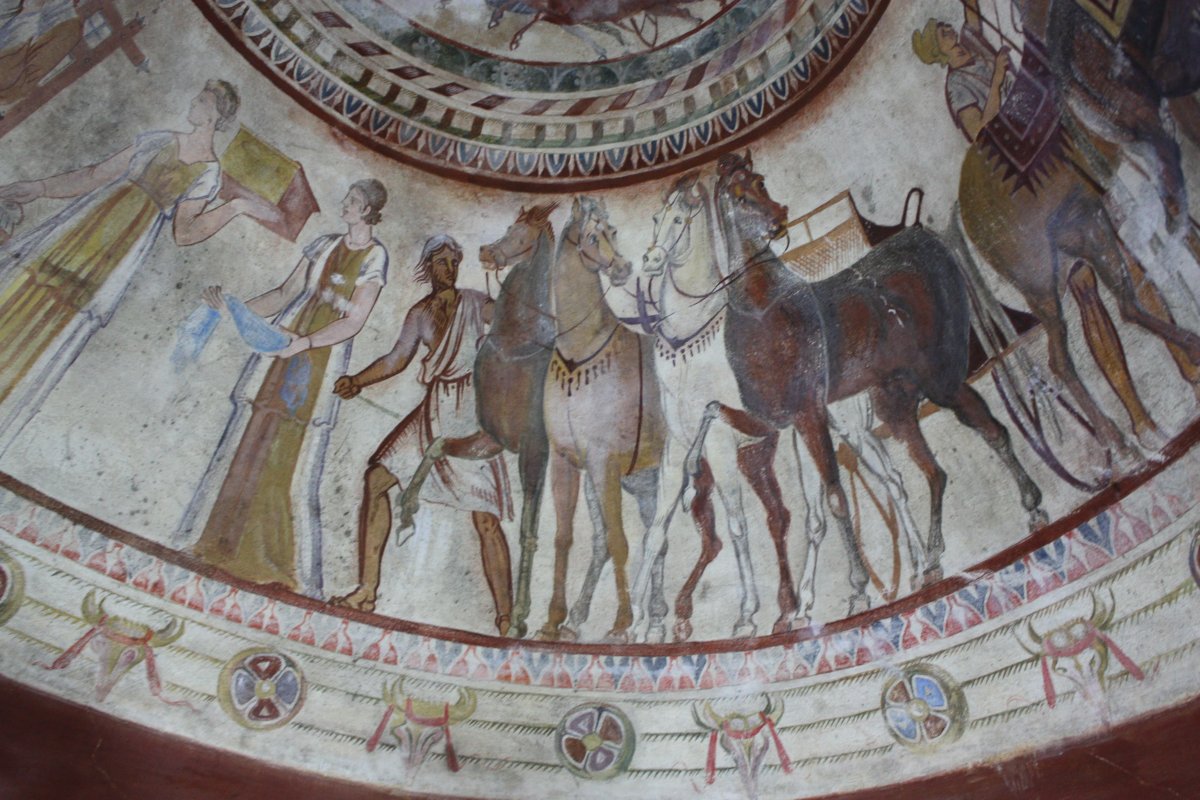 THE THRACIAN TOMB OF KAZANLAK

These are tombs of the Thracian kings and in the region where at that time was the city of Seuthopolis. The tombs are small hills like bee-hives. The Tomb at Kazanlak is one of the best preserved in Bulgaria. With lots of paintings in the wall representing a Thracian couple at a burial. The tomb is over 6000 years old. Today it’s only possible to visit the replica as the original is sealed for the public to avoid damaging the delicate paintings. Around this tomb there are many more, with over 1000 found in the region. Many are not possible to visit; we visited two more. The Tomb of Seuthes III which is about 30 minutes down the road from Kazalnak, and a few minutes further the Tomb of Ostrusha. The Seuthes III tomb has no paintings, it’s made out of granite blocks and the original can be visited. The Tomb of Ostrusha has chamber made of one granite block as walls and one cover, totally weighting 60 tons. The ceiling has “blocks” with paintings of which a few are very nice, a women, a lion and few others. The original can be visited. Some other tombs in this region should be open to visit be we skipped those as they are more of the same.
link for the image :-http://humanandnatural.com/data/media/35/thracian_tomb_of_kazanlak__3_.jpg