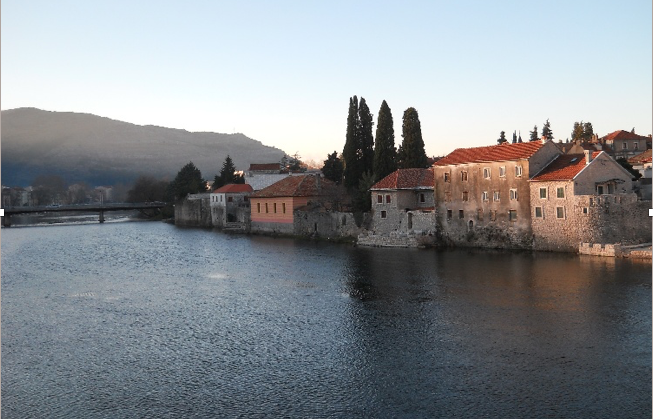 The Republic of Srpska (TORS, 2016) is located in  Southeastern Europe, in the western part of the Balkan Peninsula. It was founded on 9 January 1992, and was internationally recognized by way of the Dayton Peace Agreement, on 21 November 1995, as one of the entities in Bosnia and Herzegovina.

The largest city in the Republic of Srpska is Banja Luka, which represents the administrative, economic and university centre of the same. The Republic of Srpska is characterized by significant cultural and historical heritage, and the archaeological findings show that this was a region which was passable even in the age of the first tools and weapons. It was a favourable place for life, and this is testified by the remains of the Neolithic settlements, traces in caves, buildings, castles, the artefacts that we keep and present through museum collections and expositions, as well as the city centres such as Banja Luka, Trebinje, and Bijeljinja. These places are situated next to the watercourses of Vrbas, the rivers Sava, Trebisnjica and Drina, and are characterized by the wealth of the cultural heritage, good position and road accessibility.

Soon after World War II, Banja Luka saw greater and more comprehensive growth than it had ever had. The fortress Kastel was a witness to literally everyone: during the Roman times it was a military stronghold; in Ottoman times it was the centre of trade, craftsmen and coffee makers, while in the times of Austro-Hungarian empire, it was a place around which schools and cultural centres were established. Significant persons of the time used to work and influence the social development of Banja Luka – Petar Kocic, Vaso Pelagic, Ivo Franjo Jukic.

The Romans established the reign over the area of today’s Republic of Srpska, B&H in the period from the sixth to the ninth year of the new era, under the provinces of Panonia and Dalmatia. They developed economy, erected military centres, built agricultural farms, ville rustice, spas with baths and temples. They constructed highways, roads. One of them led to Trebinje, which was mentioned for the first time in X century, in writings of the Emperor Constantine Porphyrogenitus, as Trabunija/Travunija.

The fortress of Trebinje, surrounded by walls and strong towers, known as Ban Vir was erected at the beginning of XVIII century. The name stayed only as a memory of the city, and then as the name of a deep whirlpool in the river Trebisnjica. Nevertheless, the old town of Trebinje spread and developed into a trade-handicraft centre. Public buildings like the former barracks, where the Museum of Herzegovina is situated, still remind us of the period of Austro-Hungarian Empire.

Throughout its long and turbulent history Trebinje has always been a crossroads and a link between the Mediterranean and the interior of the Balkan Peninsula.

The recent past marked fortresses “Kastel” and cities as a places of large events, manifestations, festivals, that set Banja Luka and Trebinje on the tourist postcards. Apart from wonderful buildings, squares, “small parks and cafes” what cannot be avoided is walking along alleys, via which art caravans traditionally passes, we could say nowadays.

An evening by the Ganga Ghats