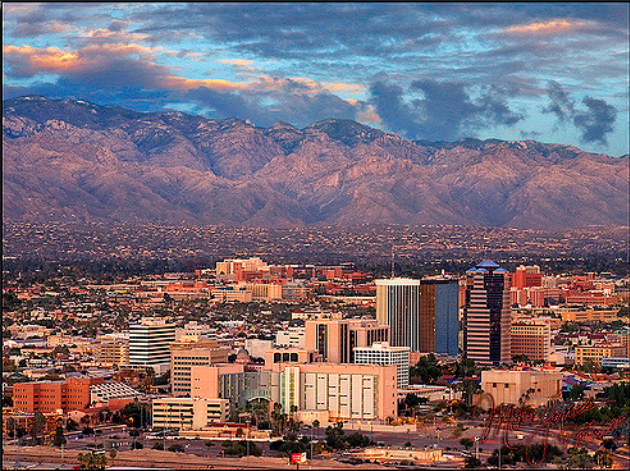 The first place in the United States to be honored with the title of Gastronomy is Tucson. In 2004, a network of gastronomically rich cities was launched and consists of 116 cities abundant with examples of prowess in the creative fields of crafts and folk art, design, film, gastronomy, literature, media arts and music. The main purpose of this international network is to strengthen creative partnerships between different cities and encourage sustainable urban development worldwide.

Dating back 4000 years, Tucson is and always has been a melting pot of cultures. Native Americans, Spanish, Mexicans, Americans, Germans and others with strong bonds to the desert land because of robust farming and ranching thrive, chefs & hungry diners follow like honey bees to wildflowers.

Tucson has strong social justice issues with the largest food banks. There are so many local gardens to manufacture agricultural products. Tucson has an extraordinary special blend of cultural impact demonstrated in dishes from the Sonoran hot dog’s cross-border creation story to historic wheat brought by Spanish missionaries and fruit of the prickly pear cactus showing up in native craft beers.

Tucson was selected UNESCO city of Gastronomy in 2015 for several reasons; the region’s rich agricultural heritage, thriving culinary traditions and distinctiveness of cuisine make it a unique destination. UNESCO took note of how University of Arizona works on the forefront of agricultural research, ready to tell the rest of the world a story of sustainable growing practices and biodiversity in a likely devoid future.

The garden of Gethsemane is a popular sculpture garden situated west of Downtown. It is positioned next to the Santa Cruz River on West Congress Street. This garden was made to erect the sculptures of Felix Lucero, who, as a result of survival from death in the World War I by Virgin Mary, vowed to live the rest of his life creating works of arts rooted in Christianity. The statues acquired the name ‘Garden of Gethsemane’ which is currently a popular spot for intimate weddings and for people who want to pray and to light candles.

All appreciation goes to the UNESCO Creative Cities network for making Tucson attain international acclaim, and has placed its rich food culture on the globe map.

Mahatma Gandhi: The Textbook of Humanity