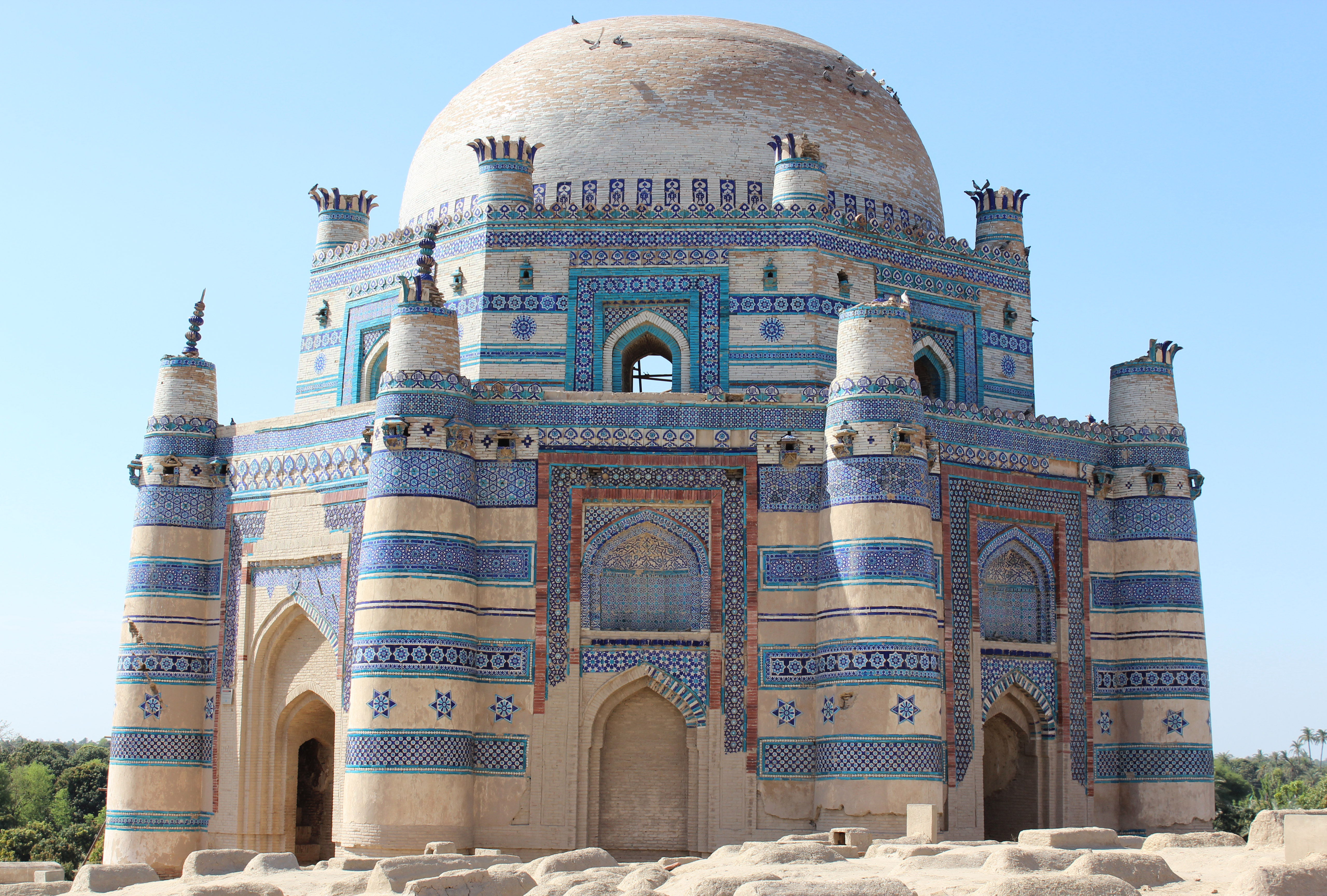 Uch Sharif is a city that is known by many to be founded (325 BC) by Alexander The Great during the invasion of Indus Valley. Uch Sharif is located in the southern region of Punjab, Pakistan. In later times, in the era of the Delhi Sultanate, Uch Sharif has also played a major role especially during Muslim conquest. It also held Muslims together in difficult situations such as when there used to be any kind of persecution from other areas. For almost five centuries ranging from 12th and 17th century, Uch served as a regional metropolitan centre.

When interviewing locals, regarding the number of sites present at the Uch Monument Complex – they responded that there are a total of 17 monuments. This historic urban spectacle yearned itself towards Muslim Mystics. The monuments are decorated with elaborate tile work, and built in architectural style comprising of southern Punjab.

Out of the 17 the notable shrines include that of Abu Hanifa – the only structure which is squarish, one of the oldest structures in Uch Sharif and involves a lot of work in naked brick, shrine of Syed Jalaluddin Bukhari – that has a lacquered elaborate floor, intricate brackets and columns made with wood, tomb of Jahaniya Jahaangasht (1307-1383), the great grandmother of Bibi Jawindi, having recess of material developing shadows, having very similar details to Jalal-ud-din’s tomb, tomb of Ranjan Qatal, who was the saint of Uch Sharif, all perforated openings of his tomb are varying from one another, shrine of Bibi Jawindi, perhaps the only structure that transforms from an octagon and moves to a 16-sided polygon as most of them move from square or rectangle to an octagon and finally the tomb of Ustad Ladla who was the architect responsible for the construction of Bibi Jawindi’s tomb also has his tomb in the vicinity, something that is very rare.

Damage from Floods and Funds for Conservation

Uch Sharif – a UNESCO World Cultural Heritage Site was damaged severely in early 19th century due to flooding in the early 19th century causing numerous structural problems and destruction to the masonry and finishing of the buildings. Uch Monument Complex was listed into the flagship advocacy program of a New-York based private non-profit organization World Monuments Fund in 1998 World Monuments Watch, and in 2000 and 2002 as well. The money as fund is used as financial assistance for conservation.

The Luray Caves in Virgina