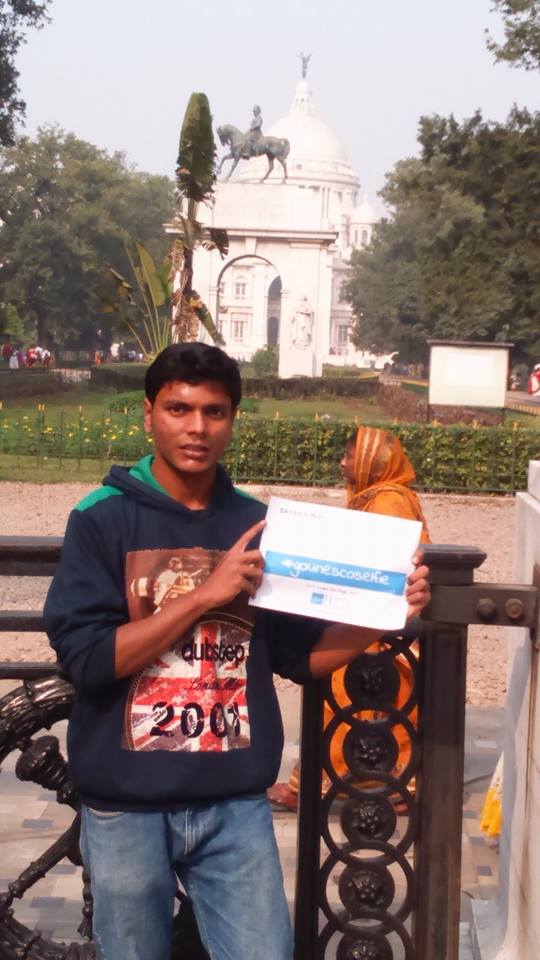 The Victoria Memorial Kolkata is Kolkata’s main attraction. Architecturally, the building draws from both Indian and English aesthetics and it looks like a cross between the Taj Mahal and the White House or the Capitol Building. It’s quite a stunning building and the memorial grounds also include expansive and well-maintained gardens and lawns. Inside the memorial is a museum that houses colonial memorabilia and portraits of Queen Victoria and Prince Albert. Because the memorial is of the Raj Era (read: a relic from India’s colonial days), it is not nearly as popular as it could be.

I decided to visit the memorial before the wedding festivities began. It was early on a Wednesday, a day of the week when not many visitors are found, I had a very peaceful morning exploring the memorial grounds.

The Victoria Memorial Hall inaugurated in 1921 serves as a museum, commemorating the distinguished, epoch-making personalities and landmark events of Indian history . The history of the Victoria Memorial Hall, Kolkata, is traceable to the days of the British Colonial Empire in India. In fact the association of the regal name of Queen Victoria with the Memorial hall, reinforces the truth.

The demise of the venerated Queen Victoria of England, in January 1901, caused Lord Curzon, the then Viceroy of India, to pay a tribute to the respected memories of the Queen Head of British Kingdom, Queen Victoria. The Victoria Memorial hall is a royal, wide, monumental and expansive structure, invested with grandeur . It is beautified with a mind-blowing garden. This was to be a historical museum where people could see before them pictures and statues of men who played a prominent part in the history of this country and develop a pride in their past.

Victoria Memorial, thus a living testimony of the British regime in India, leads any visitor, who arrives into its premises; view the intricate details about the colonial governance. The spectacular miniature paintings and images of Queen Mary, King George V and Queen Victoria are the noteworthy representations in this regard.

It is evident that Western collections, have made a place for themselves in the “Major Collections” of the Victoria Memorial Hall, Kolkata. The Victoria Memorial Hall facilitates the visitor with an enormously informative as well as sight-catching repertory of Indian history through the exhibition of paintings, sculptures and manuscripts belonging to the British era, primarily and to other objects of historical as well as aesthetic significance also.

The Calcutta Gallery, has a discrete charm about itself. The concept first dawned on the Lord Curzon . However, in 1986, Prof. S. Nurul Hasan, the then Education Minister, Government of India and Chairman of the Board of Trustees of the Victoria Memorial Hall , embarked on a mission of making Calcutta, presently Kolkata, as the epicenter of academic pursuit and tourist attractions.

The Victoria Memorial Hall, is decorated with a garden with majestic halo. The garden of breathtaking beauty is affixed with a bronze statue of Queen Victoria, sculpted by Sir George Frampton, R.A, towards the north gate. The Queen is found posited on her throne, and clad in the robes of the Star of India. Towards the south, visitors pass the King Edward VII memorial arch with a bronze equestrian statue of the King by Sir Bertram Mackennal , and a marble statue of Lord Curzon by F.W. Pomeroy, R.A.

A visit to the Victoria Memorial Hall, Kolkata, thus enlightens a visitor with the history and its legacies, in the most exact way as possible. Here exotic art fuses with eye-opening history, that leads one into a spellbound voyage of a rich heritage, that India can boast of .

Aga Khan Palace – An Epitome Of Beauty Blended With Charity