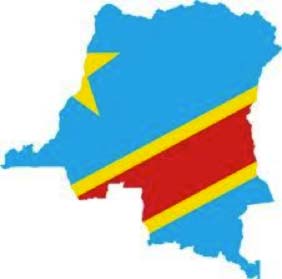 An aspect of heritage concerning war that I feel compelled to talk about, is that regarding my country of origin which is the Democratic Republic of the Congo (DR Congo). The DR Congo is a country located in central Africa within the Great Lakes region. It is the second largest country in Africa, with population size of more than 70 million inhabitants, and it is the most resourceful country in the world: with an estimated net worth of $24 trillion dollars of untapped natural mineral deposits (Unep.org, 2011); the equivalent of the GDP’s of both Europe and the United States both combined! The DR Congo has a vast range of mineral resources, such as coltan, diamonds, gold and oil, and has the economic potential of becoming one of the richest countries in Africa and an economic pillar state within the international community (Aljazeera.com, 2011).

However due to the vast natural mineral wealth of the DR Congo, this has proven the base for what has been extreme ongoing conflict in much my country’s history. The DR Congo has played home to some of the world’s deadliest conflicts since World War 2; with two international wars between 1996 to 1997 and 1998 to 2003; leaving over 5.4 million people dead and 2 million people displaced; and UNESCO world heritage sites like the Virunga National Park left in the hands of rebel militia groups (Huening, L, 2009).

The UN Security Council in fact passed resolutions 1279 in 1999 and 1291 in 2000 (Un.org, 2001), as a means of observing the peace process in the DR Congo. And the United Nations Organization Stabilization Mission in the Democratic Republic of Congo (MONUSCO) mandated by both UN Security Council resolutions 1279 and 1291 (Un.org, n.d.), has now expanded to becoming the largest peacekeeping forces that the UN has ever established; tasked with ensuring that long term sustainable peace is achieved within the DR Congo.

However the DR Congo continues to experience conflict, especially within the eastern provinces. But one way that Congolese youth endeavour to deal with the country’s past history and move forward is through education. Over half of the population in the DR Congo is under 25 years of age, and Congolese youth both in the DR Congo and in Diaspora communities are increasingly determined to educate themselves, and prove that altogether as a social group we are to be taken seriously concerning Congolese socio-economic and political affairs. Young Congolese people want to create a better DR Congo, and know that the tools of education and knowledge, present a solid passport towards achieving this.

My country, the DR Congo, is still developing towards realising its full socio-economic and political potential. For example it is currently experiencing economic growth due to control of its macroeconomic situation, and due to investment in sectors such as industries, agriculture, commerce and construction. The DR Congo has also progressed itself in advancing towards the 2015 Millenium Development Goals, and is fully committed to implementing the recently proposed UN Sustainable Development Goals.

I believe that my country, the DR Congo, will break past from a history of vicious circles of armed conflict, and rise towards achieving a lasting legacy of peace and development; and in the words of Congolese and African hero Patrice Emery Lumumba ‘a history of glory and dignity’…