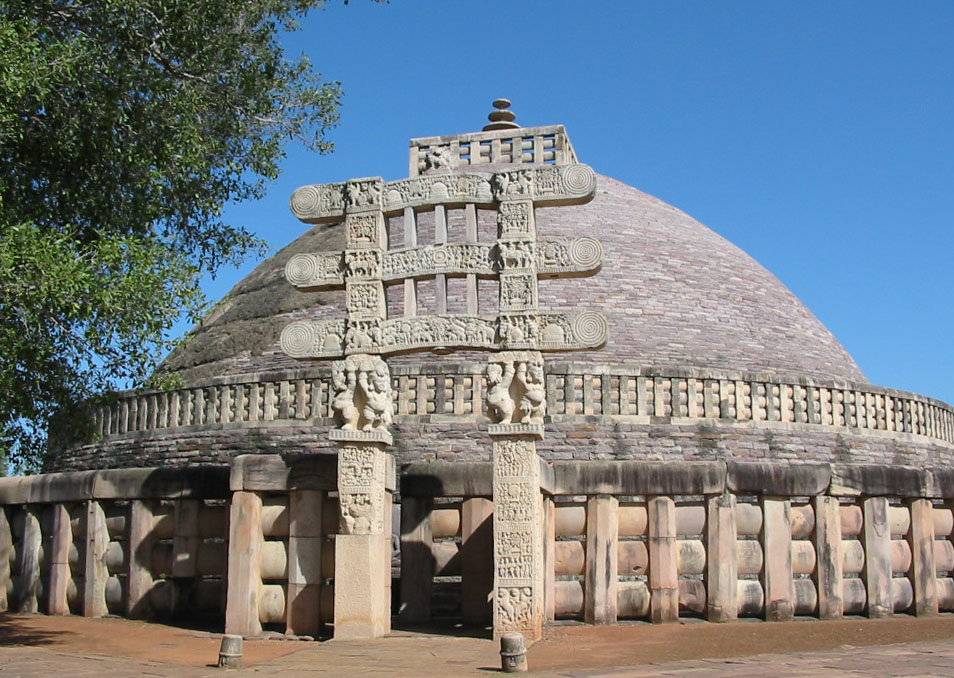 Sanchi  is the location of several Buddhist monuments dating from the 3rd century BCE to the 12th century CE and is one of the important places of Buddhist pilgrimage. It is a nagar panchayat in Raisen district in the Indian state of Madhya Pradesh. Toranas surround the Stupa and they each represent love, peace, trust, and courage. The ‘Great Stupa’ at Sanchi is the oldest stone structure in India and was originally commissioned by the emperor Ashoka the Great in the 3rd century BC.

The stupa was vandalized at one point sometime in the 2nd century BCE, but later rebuilt. The gateways and the balustrade were built and appear to have been commissioned by the Satavahana. Further stupas and other religious Buddhist and early Hindu structures were added over the following centuries until the 12th century CE. Between 1912 and 1919 the structures were restored to their present condition under the supervision of Sir John Marshall.

Today, around fifty monuments remain on the hill of Sanchi, including three stupas and several temples. The monuments have been listed among the UNESCO World Heritage Sites since 1989.

Group of Monuments at Hampi