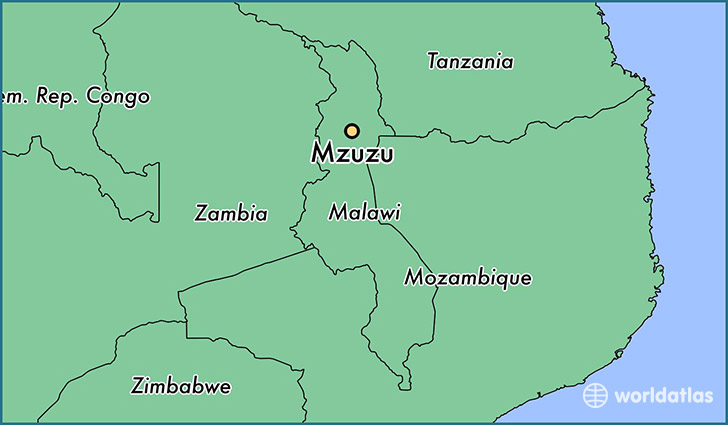 The Mzuzu Botanical Garden spans over 575 Hectares of land, and is dominated by riverine vegetation comprised of brastiga/ wapaka

woodland and Katope (Sidium cordatam). Its boundaries stretch from Zolozolo Township to Lunyangwa Forest, and from the Mzuzu Technical College to the Luwinga wetlands, when both length and width are considered.

The main role that the garden serves is the conservation of plant species using both Insitu and exsitu methods, (Insitu is when a species is conserved within its natural habitat while in exsitu, conservation is done outside the species’ natural habitat). The vast garden is also an important hydrological recharge area for Ching’ambo and Lunyangwa rivers, whose water is supplied by the Northern Region Water Board to supply water to Mzuzu City residents.

Interfering with the forest will have devastating effects on the hydrology of the surrounding catchment areas and eventually, the water supply and sanitation of the city.

Mr. Thera, the plant identification specialist, explains that apart from recreation services that the gardens provide, the community also benefits from it through gathering fruits, mushrooms and firewood. As if that were not enough, the management also recruits people from surrounding areas to take up various posts at the institution.

Amidst of all the successes that the institution has registered, there are a number of challenges that it faces. These include: inadequate staff members and Artificial Intelligence technologies with which will make management of the forest cover much simpler. Another challenge is pollution of the edge landscape from illegal dumping of waste by businesses such as barber shops, and home-generated waste as well. There were also reports of illegal deforestation by communities, which used the obtained timber for poles and ropes to be implemented in house construction.

Even though the Mzuzu Botanical garden has taken a stand to solve some of the problems listed above such as pollution and deforestation, we recommend that they partner with other concerned stakeholders such as Mzuzu City Council, which may have to increase its garbage collection radius, so that people stop dumping their garbage into the garden. An awareness campaign about the importance of the botanical gardens and the services being offered could also go a long way in increasing responsible use and appreciation of the functions that the garden serves.

During the makeherigefun event, organized on 24th September 2017 at the Mzuzu Botanical Gardens, participants learnt more about the services provided at the Mzuzu Botanical gardens  through a lecture offered by a staff member, received a glimpse of tangible natural heritage, and also learnt about its effective preservation.

In the early hours of the heritage celebration, participants took a bike ride tour around Chibavi Township and a bus ride, which was followed by dancing and cerebrations at the gardens.

Makeheritagefun is a GoUNESCO initiative to promote culture and make heritage fun by making an online buzz all around the world.

What Jaipur bazaars are famous for

This temple adorns the wedding sequence of lord Shiva and Parvati